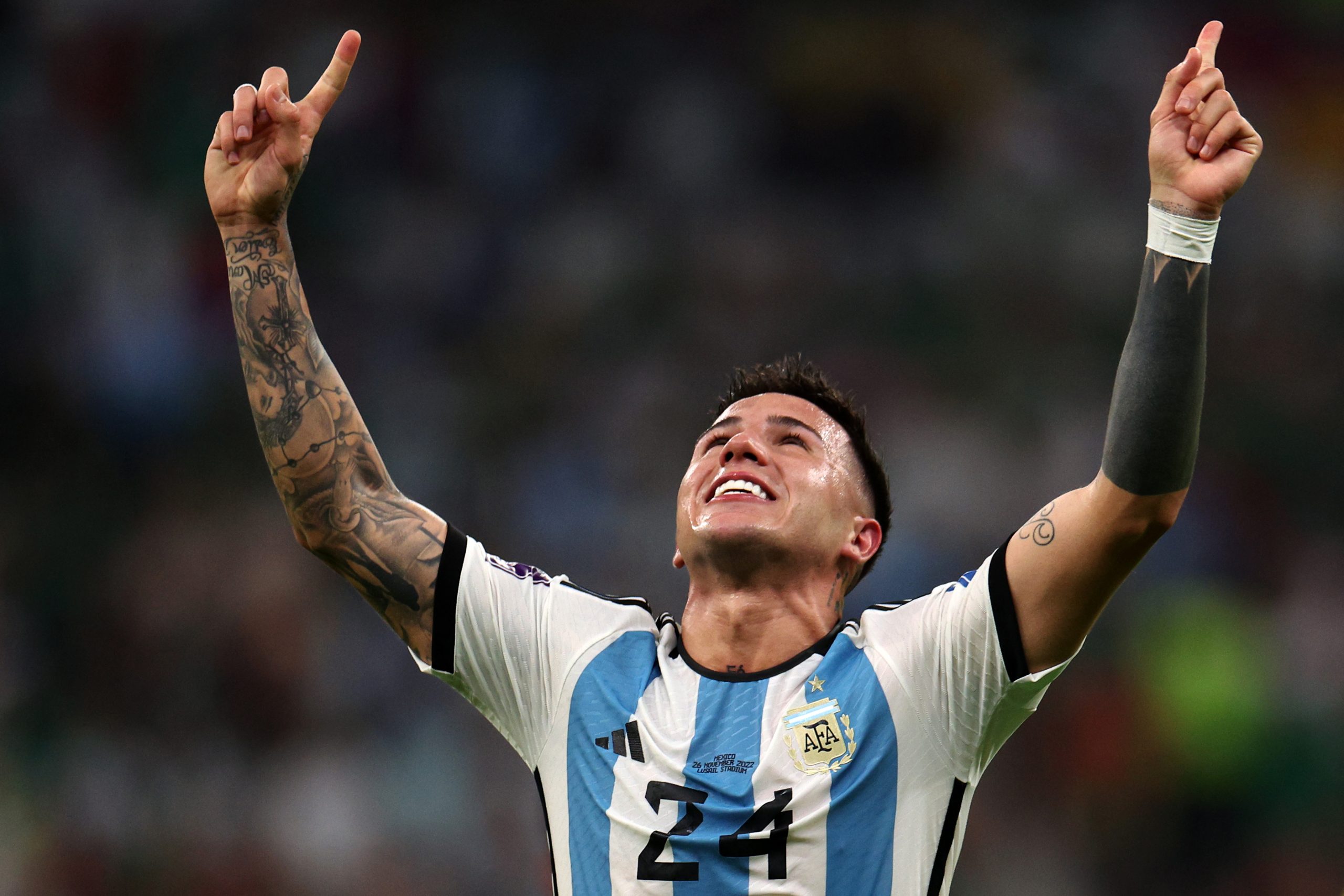 In pursuit of a possible replacement for Sergio Busquets, Barcelona have stumbled upon a certain Enzo Fernandez. The Benfica midfielder has the eyes of the world on him following an extremely impressive start to life in Europe this season.

He also added to his already glittering resume with a sensational goal against Mexico, which sealed a 2-0 win for Argentine in the second round of the group stages of the FIFA World Cup 2022.

Signing him will not at all be easy for Barcelona, though. Not only are Benfica robust negotiators, but the sheer number of interested clubs in the midfielder is likely to ignite a bidding war.

According to the reliable Fabrizio Romano, Benfica are set to ask for ‘crazy money’ for Enzo, reportedly in the region of nearly €80-85 million.

Barcelona are not the only Spanish club pursuing his signature, with recent reports claiming that Real Madrid, too, are keeping tabs on the Argentine.

While they have Jude Bellingham on top of their priority list, signing the Englishman can become quite problematic given one, his enormous price tag (nearly €150 million), and the sheer number of clubs also looking to sign him.

That is when Florentino Perez can shift his attention to Enzo, who will be cheaper. Elsewhere, one can expect Manchester United to be on the lookout, too.

Technically as sound as they come, Enzo can play as both a central and defensive midfielder. He has already displayed that during this World Cup itself, playing both positions and also out wide, in a cameo.

The 21-year-old midfielder could solve a host of problems for Barcelona, but it seems far from likely that they will be able to pay the money Benfica want. That said, this story will almost definitely develop depending on Enzo’s World Cup.