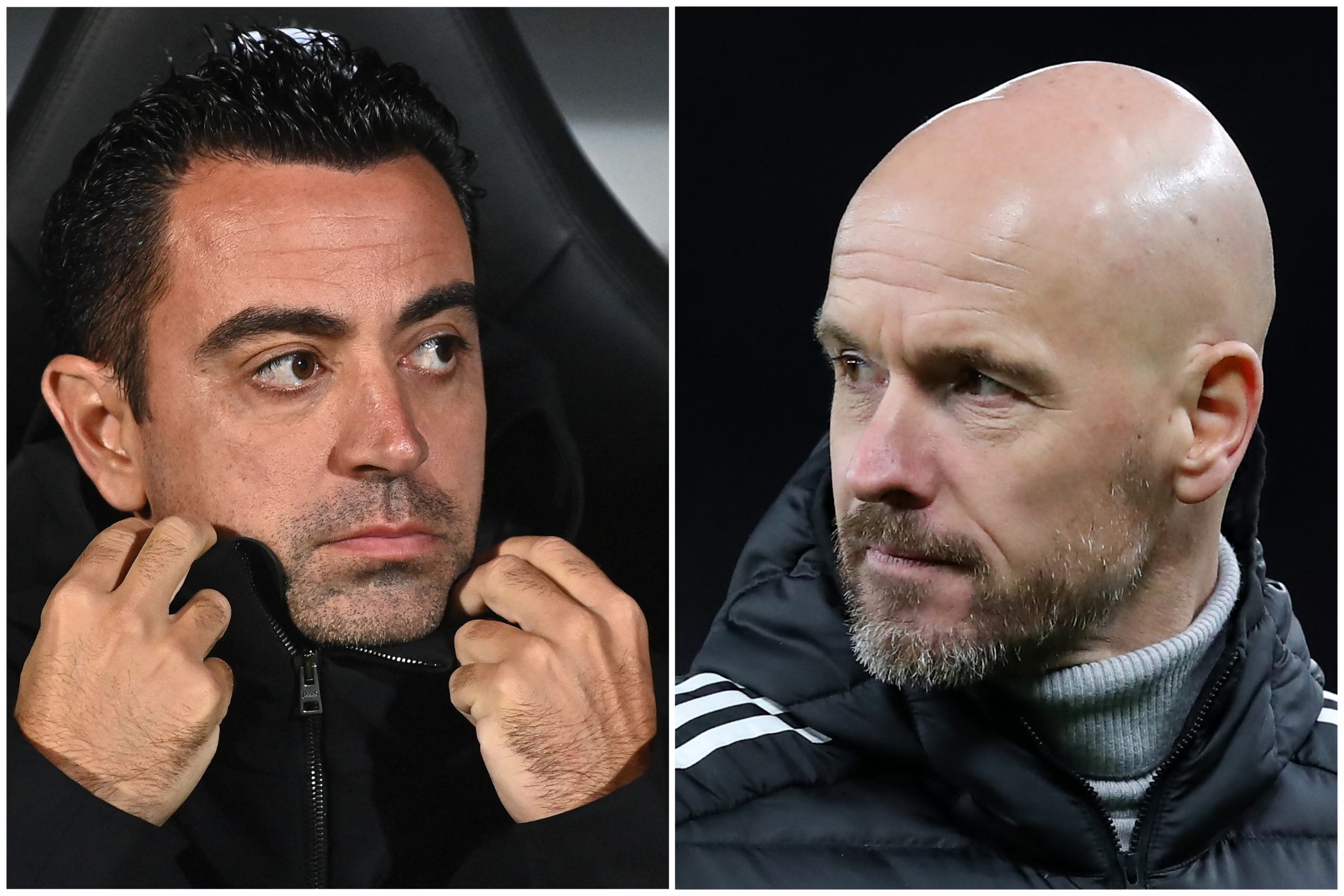 Lest we forget, Europa League play-off draw took place before the World Cup kicked off and it led to (an admittedly sad) recreation of one of the most historically mouth-watering clashes in world football with Barcelona drawing Manchester United.

Two historic clubs who are right now not in the best of times, this clash promises to be riveting at least on paper.

The playoff rounds in the Europa League take place between the second-placed team in the league stage of that competition and the third-placed teams from the Champions League groups. The winner of this tie will then progress to the next round.

Barcelona came into this draw capable of drawing any one of the eight second-placed teams from the Europa League but ended up getting paired with arguably the toughest opponent from that list in Manchester United.

This comes on the back of getting put in a group of death in the Champions League alongside Bayern Munich and Inter Milan and there seems to be absolutely no respite for the Catalan club.

Man United are no easy proposition to face and there could be a case for these two teams being favourites to win the Europa League along with Arsenal and Barcelona themselves.

However, this pairing in the playoffs means only one of the two teams will progress in this competition and Xavi will be hoping that it is Barcelona.

The Spanish club must not get intimidated by this draw but instead try to embrace the occasion as they have a golden chance to make a statement.

Barcelona played some excellent football against Bayern Munich in the first leg but could not finish their chances and eventually lost 2-0 to an underwhelming German side. They competed in the game and in fact, looked even better than the Bundesliga giants.

However, failing to win that particular game seemed to take a mental toll on the players as their performances only kept going downhill since. As much as Barcelona should have walked out of the game in Milan with at least one point against their name, they were far from their best.

Ultimately, when they got battered 0-3 by Bayern yet again in the return leg in what was a game that was a dead rubber even before it started, the side that played that day looked like a pale shadow of the one that dominated the game in Munich to such an extent.

A loss in El Clasico to their fierce rivals certainly did not help Xavi’s team in terms of morale. As much as they have been spectacular in La Liga this season, Barcelona will be devastated by their performances in the Champions League and need a moral boost.

That boost is exactly what Xavi and his team must try to achieve in the two games against Manchester United. At a stage where everyone is writing the team off, a statement against Erik ten Hag’s team could go a long way in inspiring the Catalan club to believe in themselves again.

This might be a clash that is taking place in the Europa League but make no mistake about the fact that this is a game worthy of being played in the Champions League. Although it is not the competition both these teams will prefer to be in, they will want to get one up on each other in these rounds.

Manchester United and Barcelona have played some glorious cup finals before. It is safe to say that Barcelona have the edge over the Red Devils when it comes to head-to-head record, especially in recent times, no one can forget the two finals in the Champions League in 2008-09 and 2010-11.

Barcelona have lost only once in their past ten clashes with the Premier League giants with the Red Devils managing to eke out a narrow 1-0 win in the second leg of the Champions League semifinals knocking the Spanish club out of the tournament in 2007-08.

The most recent encounter between the two teams came in the quarter-finals of the Champions League in 2018-19 in which Barcelona won the first leg in Manchester by a narrow 1-0 margin. However, it was in the second leg that the Spanish club turned on the heat with Messi’s magic helping Barça get a comfortable 3-0 win.

All this sets us up beautifully for the upcoming clash between the European heavy giants. The first leg will take place on the 16th of February next year at Spotify Camp Nou before Barcelona travel to Manchester a week later to play the return leg.

A number of players in the Manchester United squad will be looking forward to the game against Barcelona. Raphael Varane and Casemiro know all too well about the Catalan club from their time at Real Madrid and will be hoping that this familiarity helps them beat Xavi’s team.

Cristiano Ronaldo in particular, would have been really looking forward to the game against Barcelona. Alas, he is most likely off to Al-Nasst following being sacked by the Prem outfit.

For context, the Portuguese superstar has 20 goals and three assists from 34 games against the Blaugrana.

One Barcelona player to keep an eye out for would be Frenkie de Jong. The Dutch midfield maestro was heavily linked with a move to the Red Devils in the summer, with Erik ten Hag really keen on signing him but the 25-year-old eventually decided to stay on at Barcelona.

Ten Hag knows de Jong quite well, as a player he coached. He knows that stopping the Barcelona midfielder is no easy task. How Frenkie performs across the two legs could have a huge impact on which way the eventual aggregate score goes.

One huge boost for Barcelona that will make them feel really good is that impressive Manchester United centre-back Lisandro Martinez will miss the game in Camp Nou due to a suspension that he received following his yellow card in the last group stage game against Real Sociedad.

Although Raphael Varane is expected to be back and fit for Man United by that time, the absence of Martinez is huge. Barcelona would rather fancy their chances against one of Harry Maguire or Victor Lindelof than they would against the former Ajax man.

A lot is riding on this game for both teams. The obvious qualification and progression in the competition aside, pride is at stake for both clubs, and this means that Barcelona and Man United will want to put up a show when they face each other in February.

There are also a number of interesting player battles to keep an eye out for. Ultimately, facing a team of Manchester United’s calibre is a huge test for Xavi and Barcelona and how this game goes could go a long way in dictating this season’s fortunes for the Spanish club. Anything but a victory would be a disappointment and we cannot afford that.