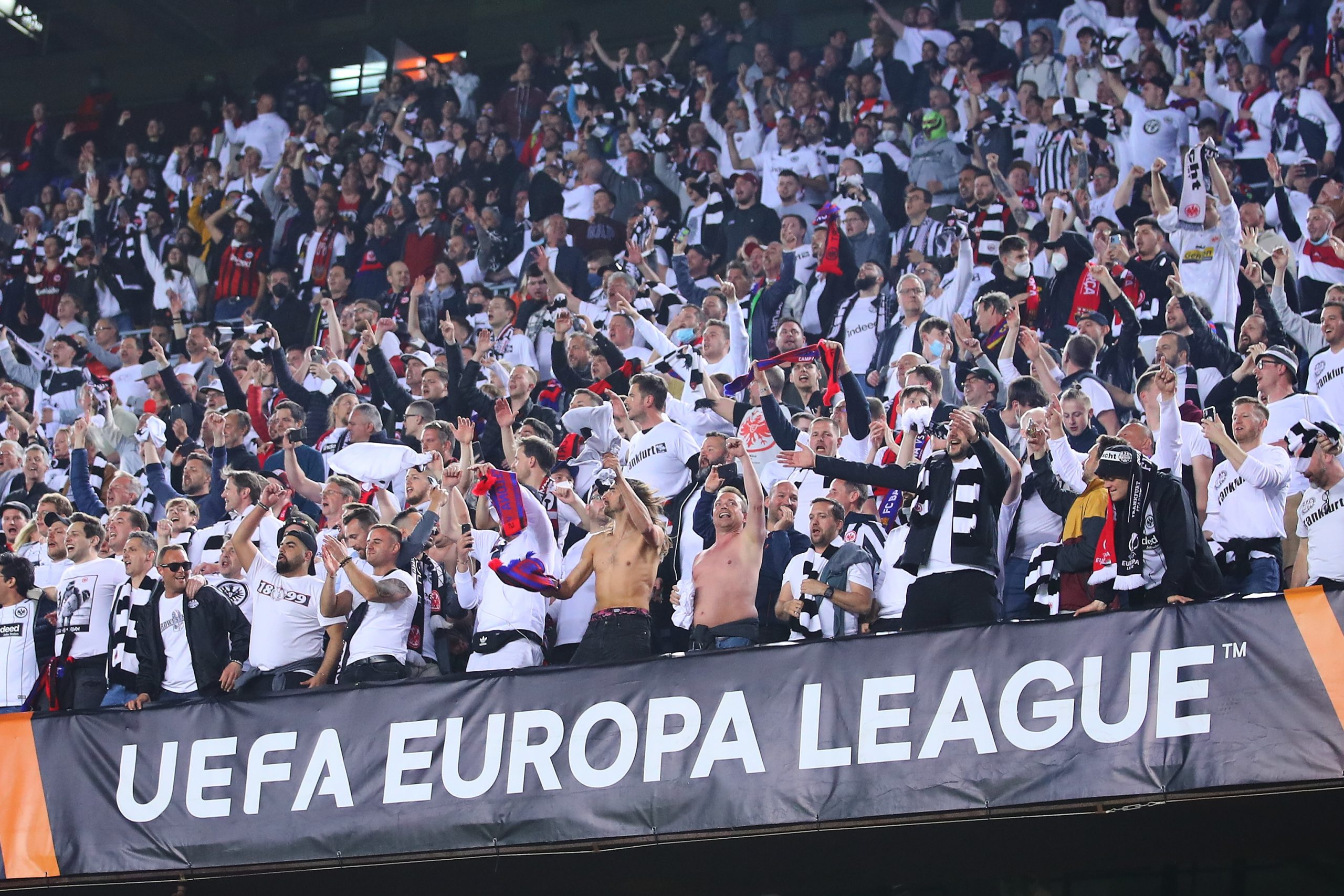 As the stadium filled ahead of Barcelona’s Europa League clash against Eintracht Frankfurt, Camp Nou saw bizarre scenes. Instead of slowly filling with the famous azulgrana colours, the number of white shirts entering the stadium kept increasing.

By the time the game began, there were roughly as many German supporters as there were Catalan supporters, effectively eliminating the home advantage the team were supposed to have. It was a bizarre situation to see Barcelona booed in their own stadium.

The club’s institutional vice president, Elena Fort came out earlier today to talk about the unfortunate incident and give a possible explanation on RAC1.

She began by apologising to all the partners and described the incident as unacceptable.

“We want to apologize to all the partners who came to the stadium. What we experienced yesterday is shameful and unacceptable. I deeply regret what happened.”

The vice president then revealed that the tickets were capped for away fans as usual, but the visitors found a loophole.

“The tickets were capped in Germany from the beginning. Barça had put the the necessary measures in place, and it has been demonstrated that they have not worked.”

“Barça, directly, has not sold tickets to the Germans,” Fort added.

Fort was then asked for a possible explanation as to how the away fans got such a large share of tickets on the night. She replied,

“One of the ways that German fans were able to get the tickets was by contacting the resale companies which have Spanish credit cards to buy them. Surely, this is one way how they bought the tickets, but not the only one.”

Needless to say, the Spanish businesswoman agreed that the club had to investigate the event and reflect upon the mistakes made.

“The club has to reflect upon this and make drastic decisions. One of the possible solution is to make the tickets nominal in future.”

Finally, she ended her interview saying that it was time for the club to take some unprecedented decisions related to the stadium access.

“Maybe we have to change culturally and take decisions that have not been taken so far when it comes to accessing the stadium.”