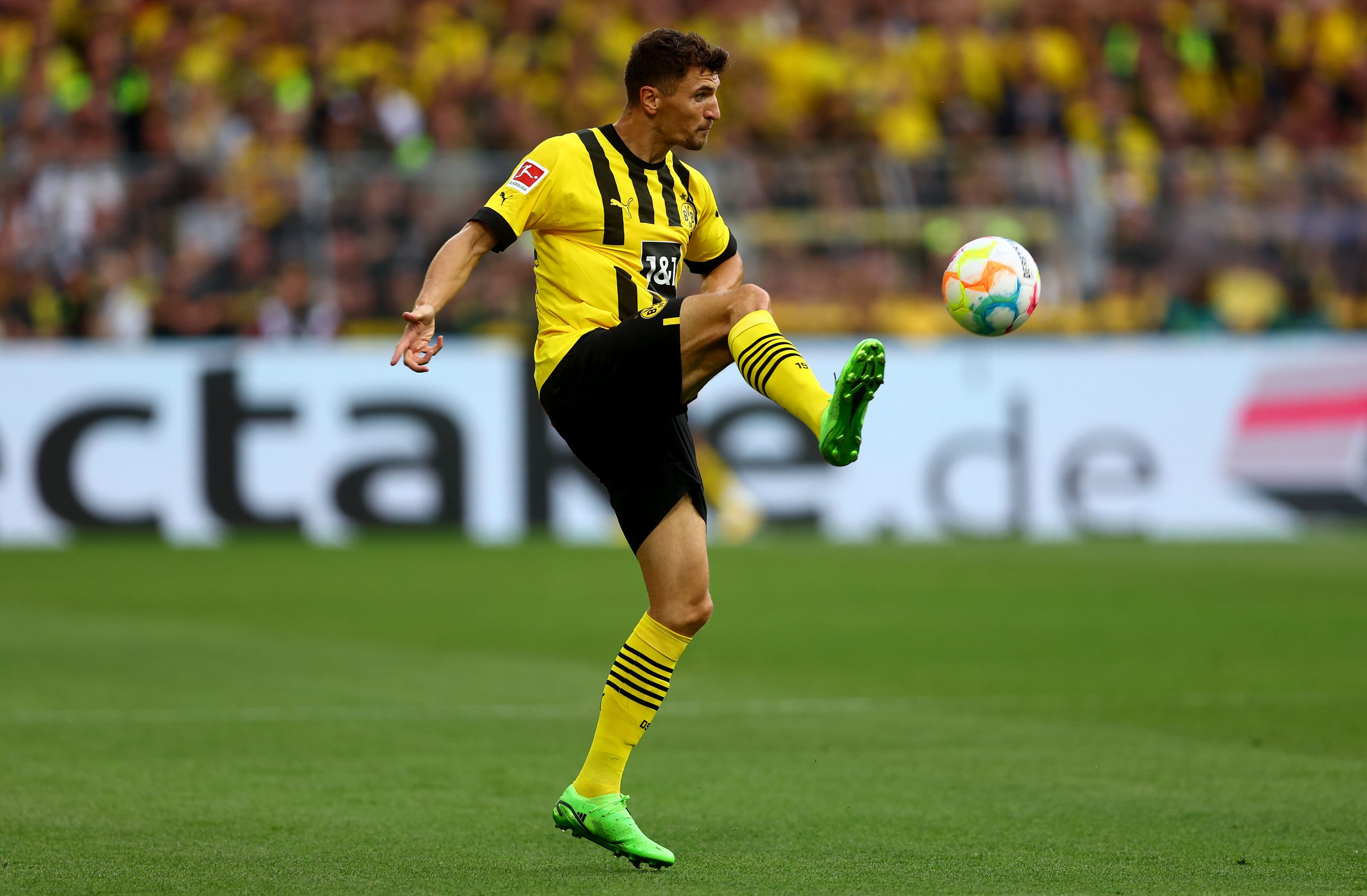 With just a couple of weeks left before the transfer window slams to a shut, FC Barcelona are currently on the lookout for a new right-back.

Head coach Xavi Hernandez is not convinced of Sergino Dest, who has struggled to offer consistency and failed to integrate himself into Barça’s style of play.

Barcelona are even considering the sale of the American international in the final weeks of the transfer market. With Dani Alves leaving the club in the summer, the club do not have a proper alternative and as such, the addition of a new face is paramount.

According to Gerard Romero, Barcelona have a long list of targets prepared, especially after facing disappointment in the pursuit of Cesar Azpilicueta.

As many as five players has been listed, including Thomas Meunier, Juan Foyth, Diogo Dalot, Jeremie Frimpong and even Manchester United outcast Aaron Wan-Bissaka. However, Barça are prioritising a move for two players, in particular, in the form of Meunier and Foyth.

Meunier currently plies his trade with Borussia Dortmund and is coming on the back of a promising 2021/22 campaign in the Bundesliga. He is rated highly due to his experience and pedigree at the highest level of football.

Barcelona will have to shell out nearly €10 million to sign the Belgian, and a formal offer could be sent in the coming days.

Foyth, meanwhile, may not offer the experience to the table. But he has shown a lot of promise during his time at Villarreal, while the Argentine international is also versatile enough to operate as a centre-back.

It has made him an appealing target for Barcelona, who are facing a precarious situation in the right-back department.

Villarreal will be expecting €25 million for the Argentine, but it remains to be seen if Barça are ready to table that kind of offer.

A player like Meunier can certainly prove to be a good replacement for Dest, as the Belgian international can offer the attacking impetus in the final third. Foyth, on the other hand, is a much more defensive alternative, but he, too, can do the job going forward.

However, with just two weeks remaining, it will be difficult for Barcelona lure any of the two players and it will not be surprising to see the club exploring the possibility of signing other players on the five-man shortlist.