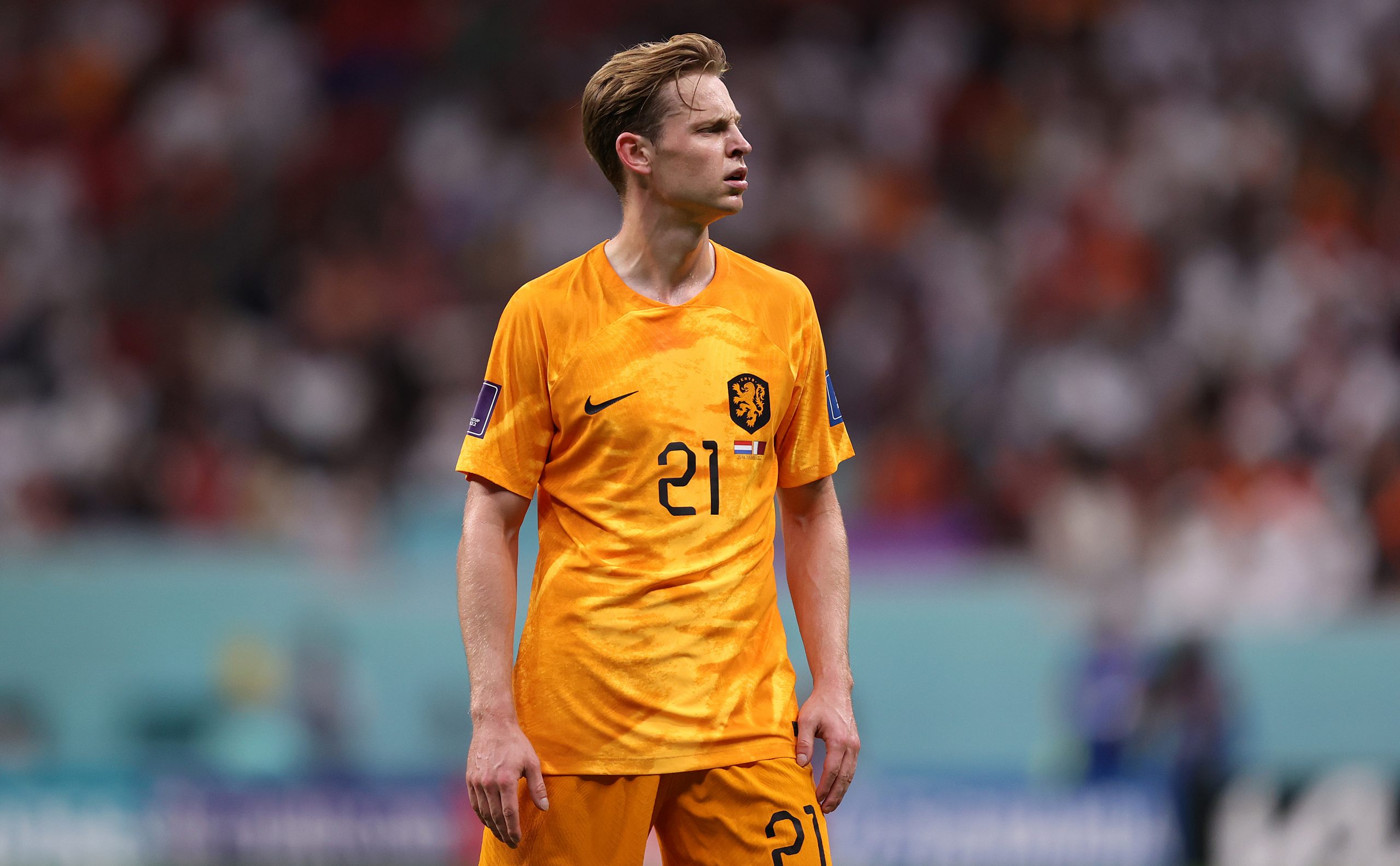 Speaking to The Athletic, John de Jong, the father of Barcelona superstar Frenkie de Jong, has revealed that the midfielder had held talks with PSG and Manchester City but snubbed them to move to Catalonia in 2019.

De Jong joined Barcelona from AFC Ajax in the summer of 2019 in a deal worth around €86 million. Having had a splendid campaign with the Dutch giants prior to that, the 25-year-old had a whole host of top European sides vying for his signing.

And his father has now confirmed that de Jong was approached by PSG and Manchester City and even held talks with Thomas Tuchel (ex-PSG boss) and Pep Guardiola over a possible transfer.

However, ultimately, the Netherlands international decided to join Barcelona, following in the footsteps of several Dutch greats of the past like Johan Cruyff, Frank de Boer, Ronald de Boer, and Marc Overmars, among many others.

“He talked with (Thomas) Tuchel at Paris Saint-Germain, he talked with (Pep) Guardiola at Manchester City. They all wanted Frenkie,” de Jong’s father said.

Frenkie has not had the easiest ride since arriving in Barcelona in 2019. Given the large investment made in the player, there have been question marks over his performance levels at various stages throughout his three years at the club.

This past summer, Barça even tried to force him out of the club as they struggled with financial problems and saw the midfielder’s sale as the best way to generate revenue and shed some salary mass.

However, de Jong held firm on his stance of wanting to succeed at his ‘dream club’ Barcelona.

Even though he had lost his spot in the starting XI at the start of the season under Xavi, the 25-year-old managed to force his way back into the team on the back of some impressive performances as an interior midfielder and as a pivot.

Currently, de Jong is starring for the Netherlands at the FIFA World Cup in Qatar, having helped them advance to the Round of 16, where they will face the USA later today.