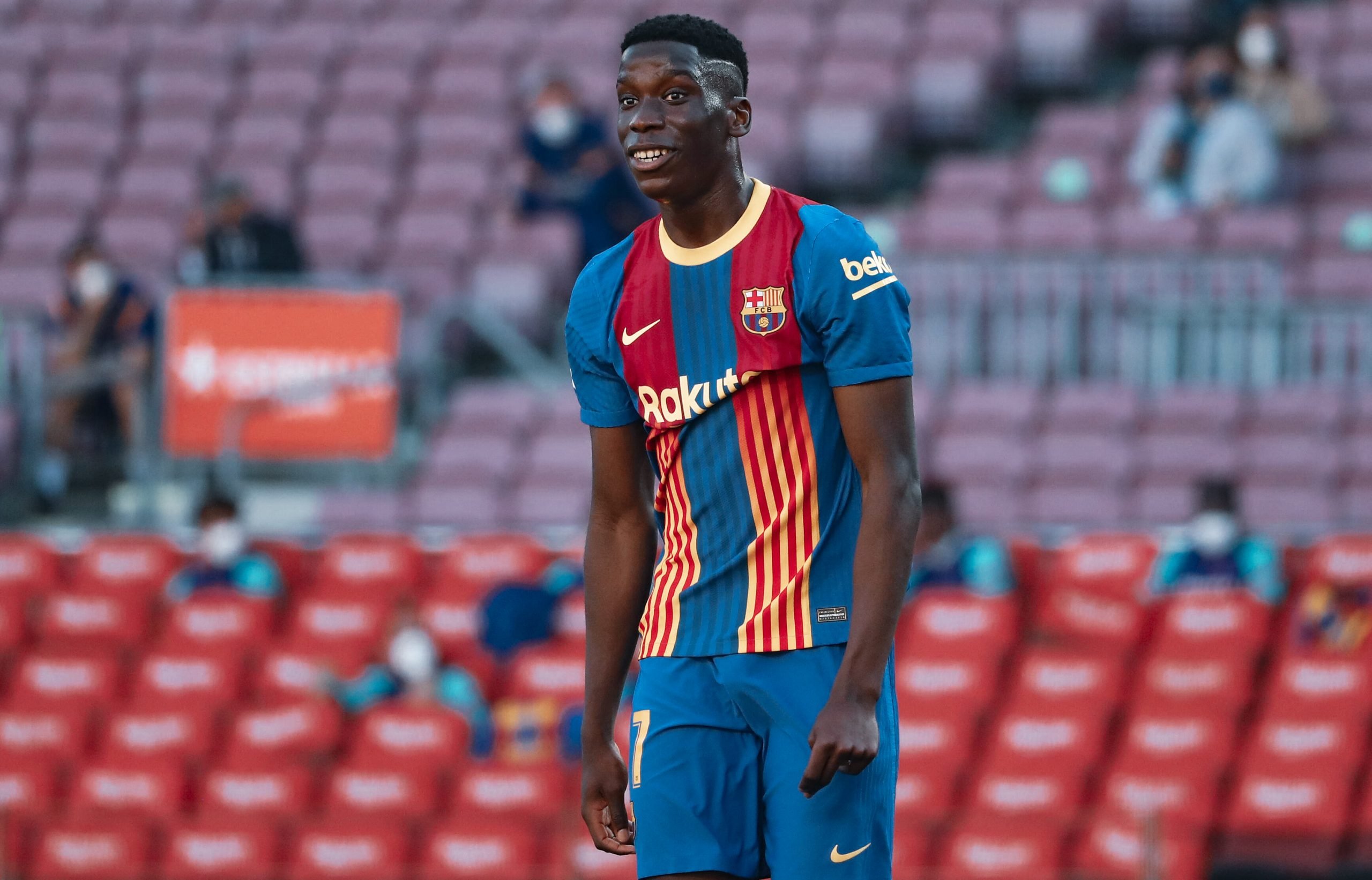 Despite being in a problematic financial condition where signing players is starting to become severely difficult, Barcelona do have a host of youngsters who can help the ship stay afloat. Pedri, Frenkie de Jong, Ansu Fati, Ronald Araujo, Oscar Mingueza to name a few. Among these, the B team boasts of a certain Ilaix Moriba, who is heading into contract trouble.

According to a report from Ferran Martinez (MD), Barcelona have decided that Ilaix will not be a part of the first team until his contract is officially renewed. Currently, he has just the one year left on paper, making him a free agent in 2022.

Negotiations seem to have come to a stand-still, which is surprising given his involvement in the first-team last season under Ronald Koeman. There is a clear path for him to the senior squad, especially while the Dutchman is in charge of the club.

However, Ilaix’s agents have, reportedly, high demands from the renewal. They have already rejected one proposal for the renewal from Barcelona, but they are open to new offers. If the two parties are unable to reach a conclusion soon, selling the midfielder is the only viable alternative on the table for the club.

As it stands, Pedri, Frenkie de Jong, and Sergio Busquets form the first-choice trident while Riqui Puig stays on the sidelines as backup from the first-team. Carles Alena’s departure to Getafe is all but official, while Miralem Pjanic could be looking at the exit doors as well.

Ilaix was going to be a huge part of Barcelona’s midfield next season given the lack of personnel in the position. Nico Gonzalez and Jandro Orellana are among players that could get the nod ahead of the Spaniard if his contract woes are not resolved.