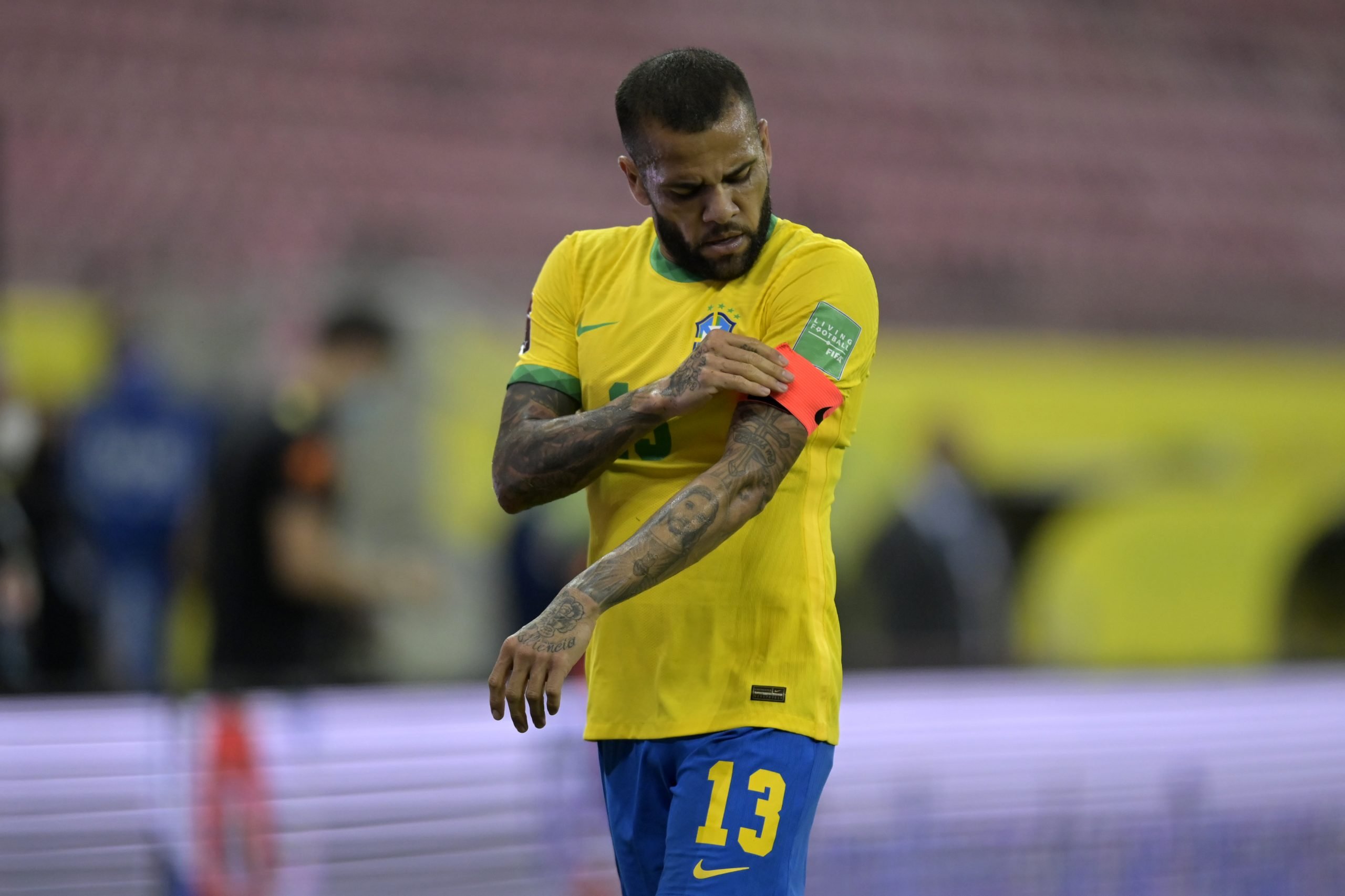 According to reports from Juan Marti of SPORT, Barcelona have not ruled out the signing of Dani Alves as a reinforcement for the right-back position. The option is still on the table and being considered by the club’s hierarchy.

Despite not being a necessity at the current situation, it is viewed as a massive opportunity that won’t come again.

A recent development in the team dynamics has increased the proportion in favour of the transfer. Against Valencia, Ronald Koeman opted to use Sergino Dest as a winger. The strategy worked wonders as the USMNT star delivered a powerful performance.

His ability on the ball and his intricate dribbling skills helped the team create a multitude of chances that helped them register a 3-0 victory.

The same formula was also repeated against Dynamo Kyiv in the Champions League, where he helped the side with a commanding first-half display from the right wing.

The sudden shift of role for Dest has brought in a vacancy at right-back. Sergi Roberto was a possible option to cover for Dest, but the general idea this season has been to play the Spaniard in midfield.

That said, the only option left at RB is Oscar Mingueza. Dani Alves would not only bring in experience to the table but also be a player who knows the club’s style inside out.

The signing would undoubtedly be a short term solution, especially given the Brazilian’s age. Nevertheless, he could still provide a lot to the team off the bench.