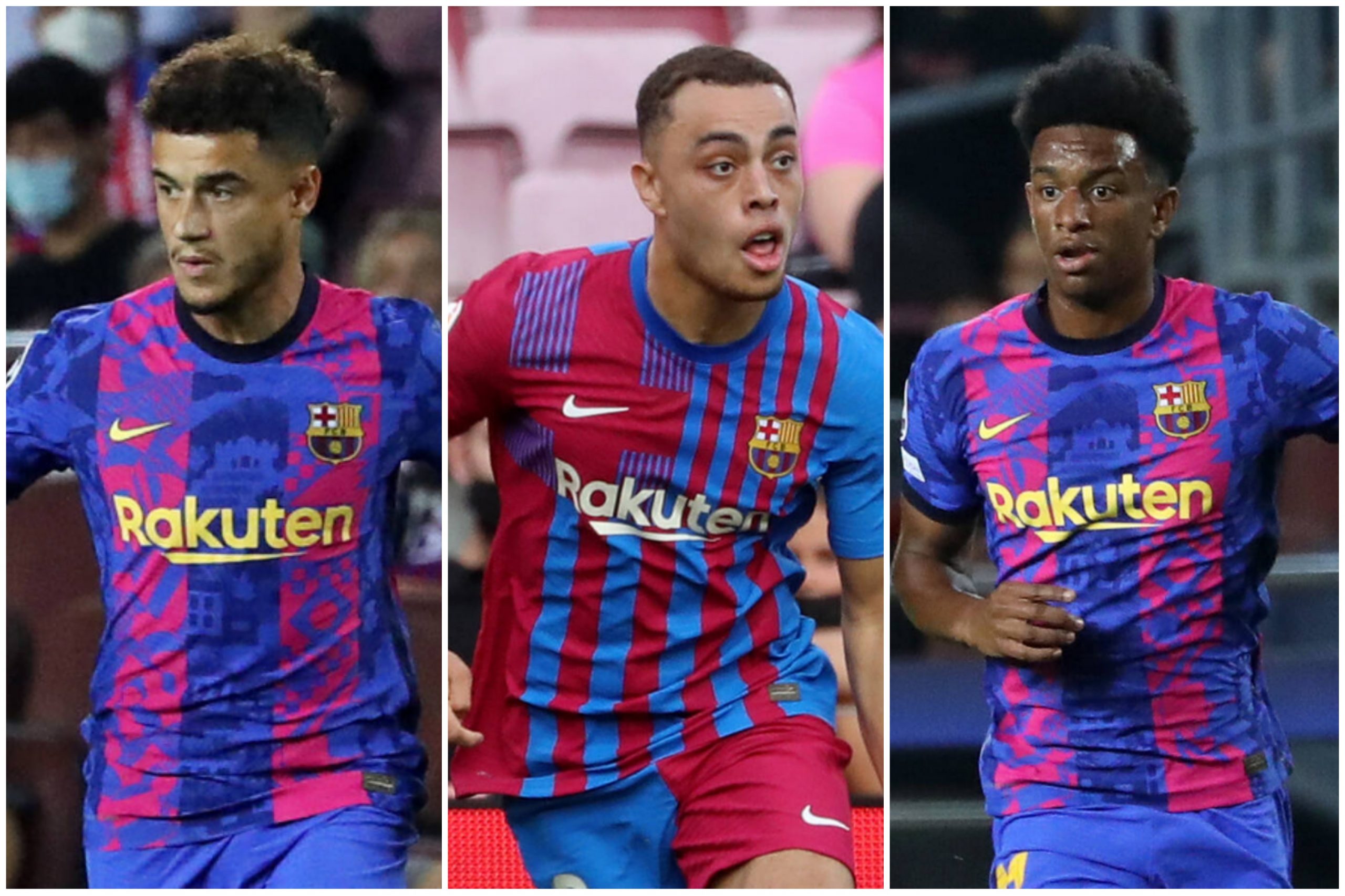 According to reports from Javi Miguel, Samuel Umtiti did not train with the team today either and looks set to miss Barcelona’s Monday night clash against Granada.

This comes as a surprise after the Frenchman communicated his feeling of recovery to the board earlier this summer. When asked to leave the club, the centre-back said he finally felt fit after a long time and was ready to compete for a starting spot.

However, less than a month since the Umtiti is injured again without even playing a single minute. The situation is worrying, for the Frenchman once again seems back on familiar territory.

Meanwhile, Sergino Dest completed the full training session and had good sensations. All signs point to his return to the starting eleven on Monday. It will be a relief for Sergi Roberto, who can return to midfield in Pedri’s absence.

Phillipe Coutinho made his return to club football as a substitute in the Champions League defeat against Bayern Munich. For the clash against Granada, however, the Brazilian could return to the starting lineup.

Coutinho seemed sharp against the German champions and could find himself on a refreshed side when he starts on Monday, considering the departures in the summer. He will now have the freedom to control the game and take up a role in the spotlight.

Pedri and Jordi Alba will miss the clash and probably the next few weeks through injury. The latter will be replaced by Alejandro Balde, who came on against Bayern and impressed fans with his sharp footwork and pace.