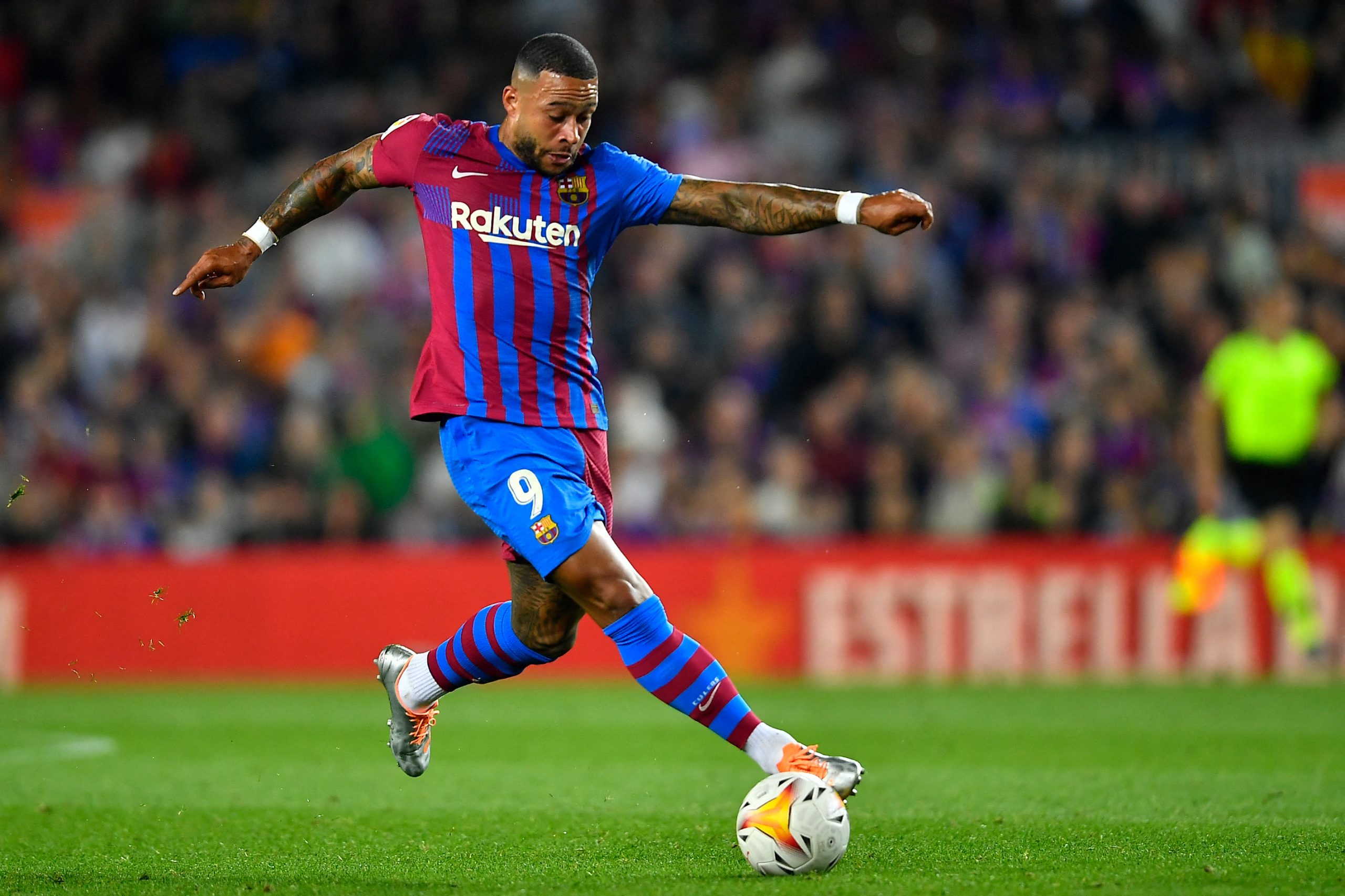 Despite finishing the 2021/22 season as the joint top-scorer for Barcelona, Memphis Depay continues to face an uncertain future at Camp Nou heading into the summer.

The 28-year-old joined the club only last summer, arriving on a free transfer after his contract with Olympique Lyon ran out. He had a mixed debut campaign, with injuries playing spoilsport midway through the season.

Despite that, Depay ended his debut season in Spain with a return of 13 goals from 38 matches across all competitions.

However, as per SPORT, the Netherlands international’s future at the club is far from secure. Barcelona have plans to bolster their attack in the upcoming transfer window, which could push Depay towards the exit doors.

Indeed, the Catalan giants are planning to sign Robert Lewandowski from Bayern Munich to add to their centre-forward options. In addition, Raphinha of Leeds United is also being targeted to strengthen the wide areas.

Considering that they already have Ferran Torres, Pierre-Emerick Aubameyang and Ansu Fati as attacking options, Depay could be forced out of the club. Arsenal have shown an interest in the 28-year-old forward as they wish to take him back to England.

And, Barcelona would be open to the prospect of a sale, provided Arsenal shell out a sum of €20 million for Depay. The former Manchester United attacker has just one year left on his contract but has insisted that he wishes to continue at Camp Nou.

However, considering the plans to sign new attackers and the club’s financial situation, the Dutchman could be sacrificed before next season. Whether Arsenal or any other suitor are ready to meet the €20 million valuation remains to be seen.