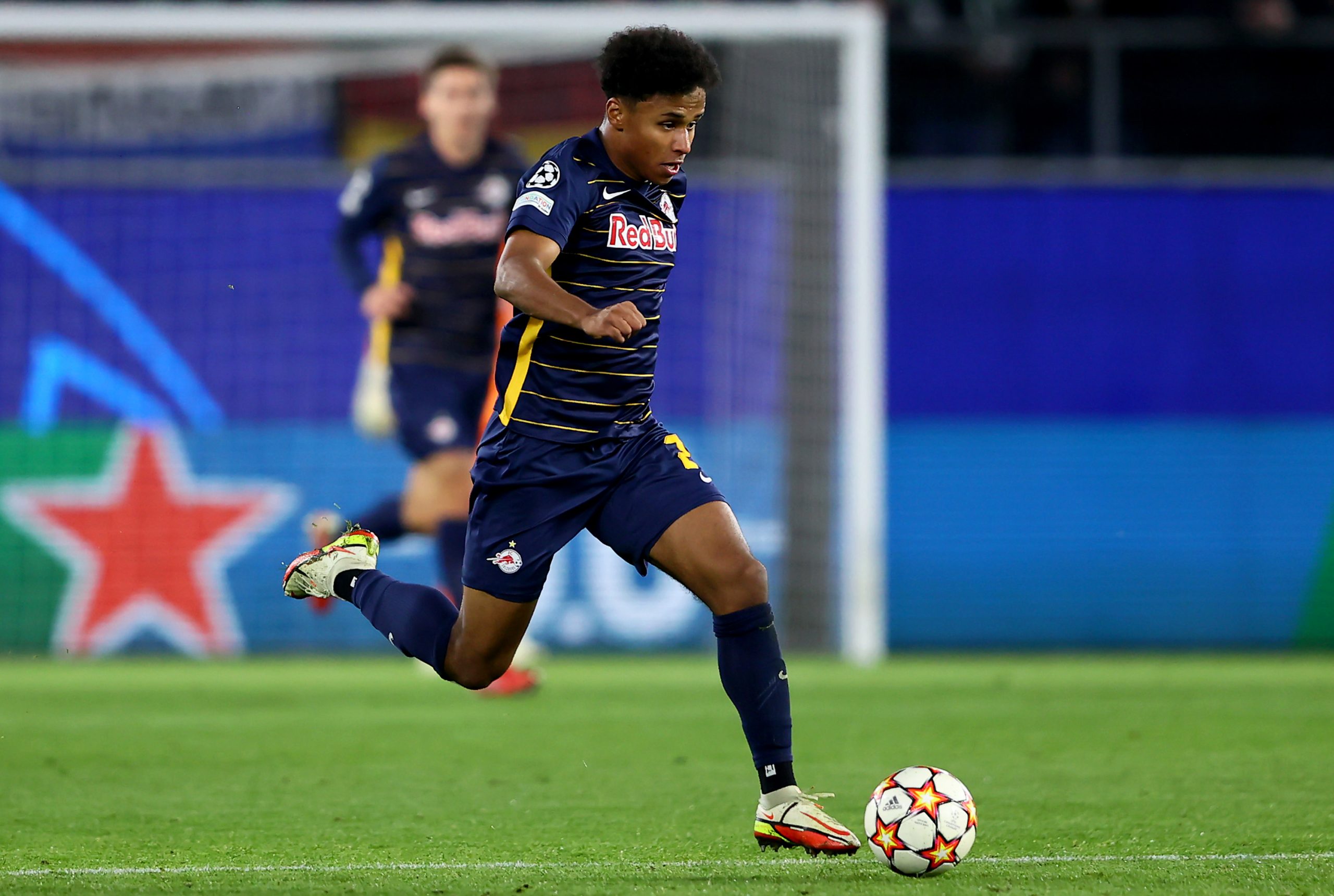 It seems like Barcelona’s winter transfer activity could be starting well in advance before the January window opens. Attack is an area that is being looked at keenly ahead of the mid-season trading period. And, the Catalans may now be ready to make their first move to bolster their frontline before the second half of the season.

According to SPORT1 journalist Patrick Berger, Barcelona are set to launch an opening offer for the services of RB Salzburg and Germany striker Karim Adeyemi this week. The Blaugrana are willing to pay €40 million while also readying a five-year contract for the 19-year-old striker as they look to lure him to Camp Nou.

Adeyemi has emerged as a hot prospect for top clubs across Europe after making a blistering start to the new season. The teenage forward has plundered 15 goals in 22 games in 2021/22, scoring once every 101 minutes across all competitions.

The 19-year-old was part of the German national team that won the U-21 European Championships earlier this year. He then went on to score on his debut for Die Mannschaft’s senior team as well.

Barcelona are in desperate need of a new centre-forward following the concerning development regarding Sergio Aguero’s heart condition. With Luuk de Jong not favoured and likely to be offloaded in January, the Catalans risk being left with just Memphis Depay and the currently-injured Martin Braithwaite as options in the No. 9 role.

As per the update from Berger, Adeyemi has a huge admirer in the form of new Barca manager Xavi Hernandez. The 19-year-old striker has performed ably in the Austrian top-flight and impressed in the Champions League.

But even as Barcelona get set to make an offer for him, they will face competition from German giants Borussia Dortmund. However, the Black and Yellows are ready to stump up just €35 million for the teenager, including add-ons, while their contract offer is also likely to be lower than that of Barca.

Despite that, Berger claims that Dortmund are the favourites to sign Adeyemi. The Bundesliga giants did manage to snare away Erling Haaland from Salzburg in January last year and may find themselves repeating the trick in 2022 with Adeyemi. Only time will tell if Barcelona can gazump BVB to land the 19-year-old.