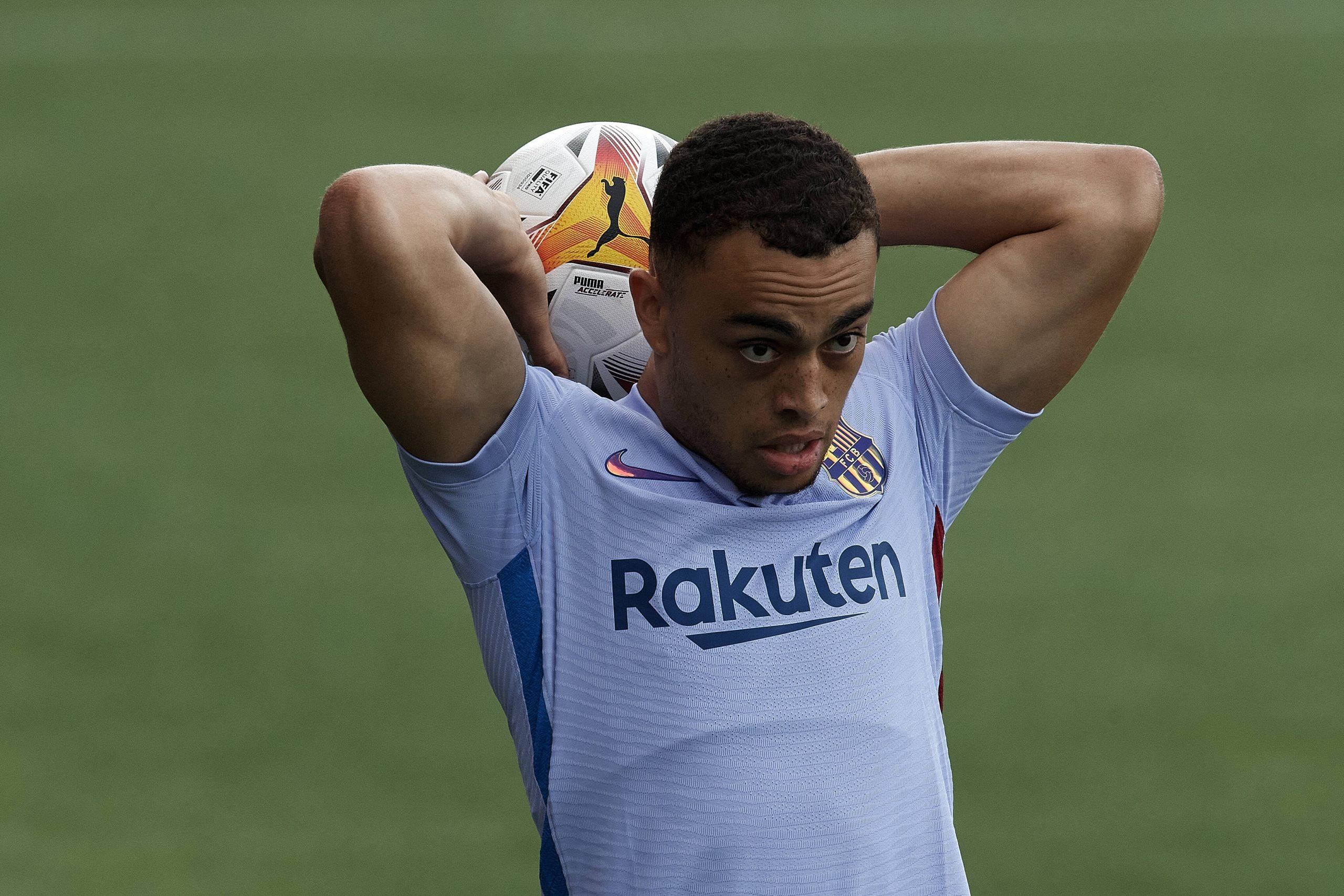 Coach Gregg Berhalter of the USA men’s national team, confirmed in the post-match press conference, that right-back Sergino Dest has suffered from an ankle sprain in their latest World Cup qualifying match against Canada.

The USA have gotten off to a shaky start, picking up just two points out of a possible six. They drew 1-1 against Canada, but the injury to Dest bore bad news for the player, his club and country too.

Dest started the game for the USA, however, the Barcelona right-back was subbed off in the 45th minute after a hefty challenge to his ankle. The 20-year old limped off the field, as DeAndre Yedlin came on to replace him.

Ahead of the USMNT’s next qualifying clash against Honduras on Wednesday, Berhalter said that Dest’s availability is not confirmed: “Sergiño Dest has an ankle sprain. We’re going to have to find out if he’ll be available on Wednesday, but that’s his status.”

Barcelona will be hoping that their fullback recovers soon, given that a tough fixture schedule lies ahead in September. They also sold their only real backup at right-back in Emerson Royal, which leaves them starved for options in that position.

Canada’s Alphonso Davies was also subbed off with a potential injury, just 9 days ahead of his side Bayern Munich’s visit to the Camp Nou. Dest and Davies will be big misses for both sides if their injuries are substantial, however, all signs point toward them being fit after the international break.