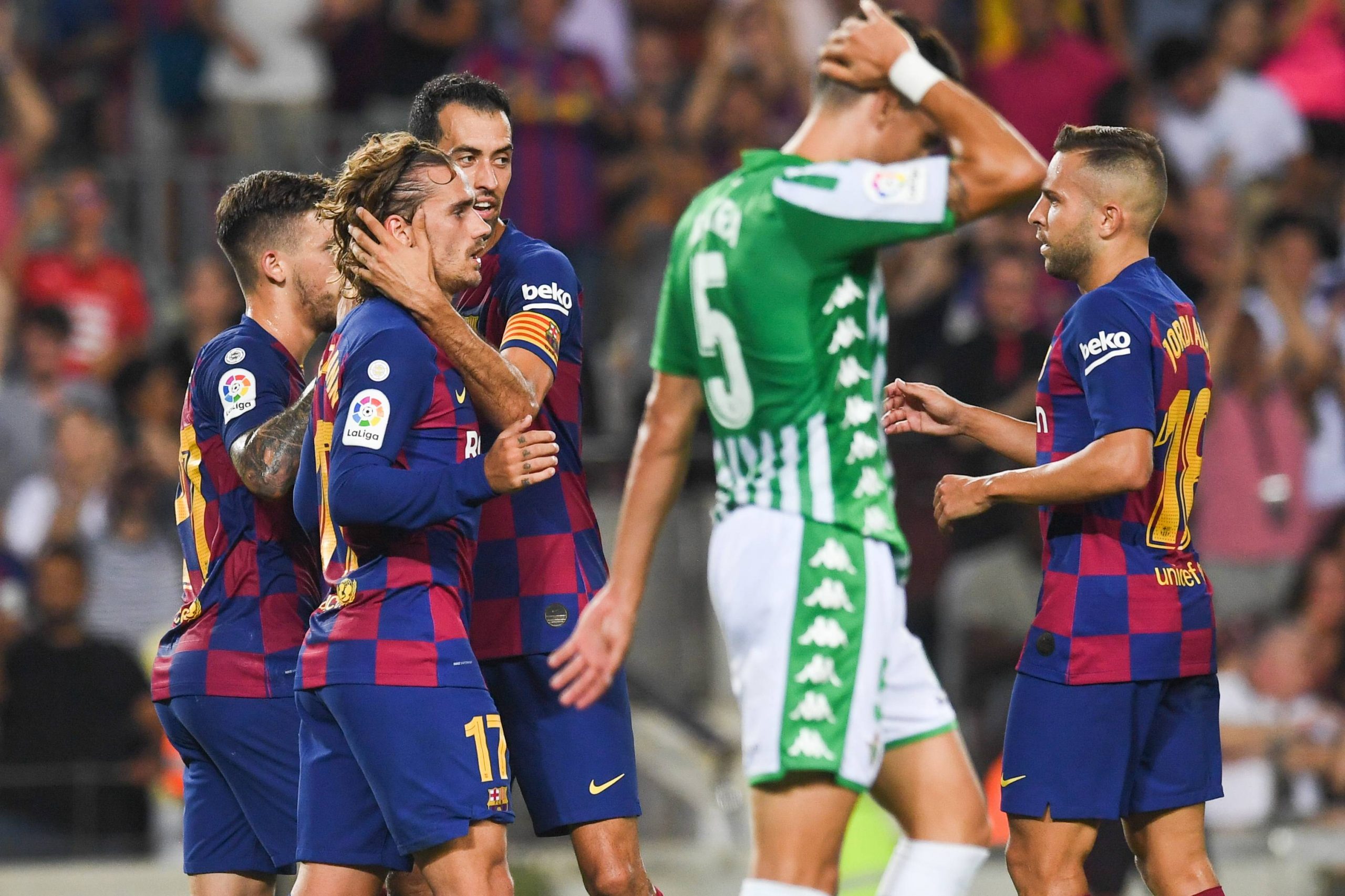 Relayed by Mundo Deportivo via AS, three Barcelona stars have received offers from top European clubs, which may go a huge way in relieving the massive debt that Joan Laporta has on his hands, and may even open up funds to undertake transfer operations to revitalise the squad this summer. Namely, these players are Jordi Alba, Sergio Busquets, and Antoine Griezmann, who have received offers from Atletico Madrid, Bayern Munich, and Paris Saint-Germain respectively.

The first is Jordi Alba, for whom La Blaugrana reportedly received an offer from league rivals Atlético Madrid. Despite promising depth in the likes of Renan Lodi and Mario Hermoso, the red and white may be hoping to reinforce their left-back spot with a more attacking fullback in Alba. Having just won the league, Atlético are probably financially prepared to pay a reasonable price for the fullback; the problem persists in the case of Barcelona.

Alba has safely occupied the left-back position for Barcelona for several years, and it has undoubtedly been one of the positions where the Catalans face the least squad depth. With Firpo highly likely to leave this summer with interest from Italian clubs and La Masia graduate Alejandro Baldé incredibly inexperienced and unlikely to start for the team, Barcelona have no one to fill the left-back spot, should Alba leave the club this summer.

The only possible route that would make this possible would be if the Catalans invest in a left-back in the summer transfer window. Despite Valencian fullback Jose Gáyá’s name being thrown around as a player on Barcelona’s radar, the transfer is, considering the club’s financial situation, highly unlikely.

It’s easy to see why Barça would be hoping to sell players for whom they already have replacements, either through their academy graduates or the influx of free players reportedly coming into the squad for next season, and utilise those funds in signing a world-class centre-back, a position that is of critical importance to the Catalans at the moment. Especially to a team that so recently outclassed them, it is highly unfeasible that the defender departs this summer.

Barcelona have also received an offer for Sergio Busquets from Bayern Munich. The Spaniard has completely resurrected himself this season after what was initially a slow start. It was initially thought that Frenkie de Jong would be the much-lauded ‘Busquets replacement’ for Barcelona after his arrival, but the Dutchman has proven that his role is far more advanced and niche. The Catalans are, therefore, still in search of a valid replacement.

The two most likely names are La Masia graduate Nico González and Stade Rennais’ Camavinga. For the former, like Baldé, it is entirely unviable to expect him to break into a starting position this season, and he is more likely to function as a Busquets understudy. With Camavinga, the Catalans would have to ward off competition from top European clubs (in better financial shape than them), and his signing is far from guaranteed.

Again: his departure is unlikely, especially to a club where the 32-year-old would have to accept a bench role, with the pivot spot being occupied by the sensational Joshua Kimmich.

The third offer, from Paris Saint-Germain, was for Antoine Griezmann. The Frenchman has had a far from ideal career at Camp Nou, although this season was characterised by depictions of elite mentality as Griezmann redeemed himself on a number of occasions. While it is virtually impossible for Barcelona to receive an offer close to what they paid Atlético Madrid under Bartomeu, they may still be able to fetch a decent price for the attacker.

This operation is slightly more likely, seeing as Barcelona’s attack has considerable depth with Lionel Messi, Ousmane Dembélé, Fransisco Trincão already in the squad, Ansu Fati returning from injury, Alex Collado being promoted to the first team, and Memphis Depay and Sergio Agüero reportedly joining the squad. Especially with Depay, the Catalans will have plenty of options for second strikers, so it may be feasible to offload the Frenchman to fund other projects, particularly for a centre-back.

Barcelona are well endowed in their attack, and with the best-attacking record this season even without Ansu Fati, the influx of four attackers is unlikely to change that. The club, therefore, may actually sell the 30-year-old to his home country. The only obstacle would be agreeing on a price considering PSG’s hardline negotiating approach.