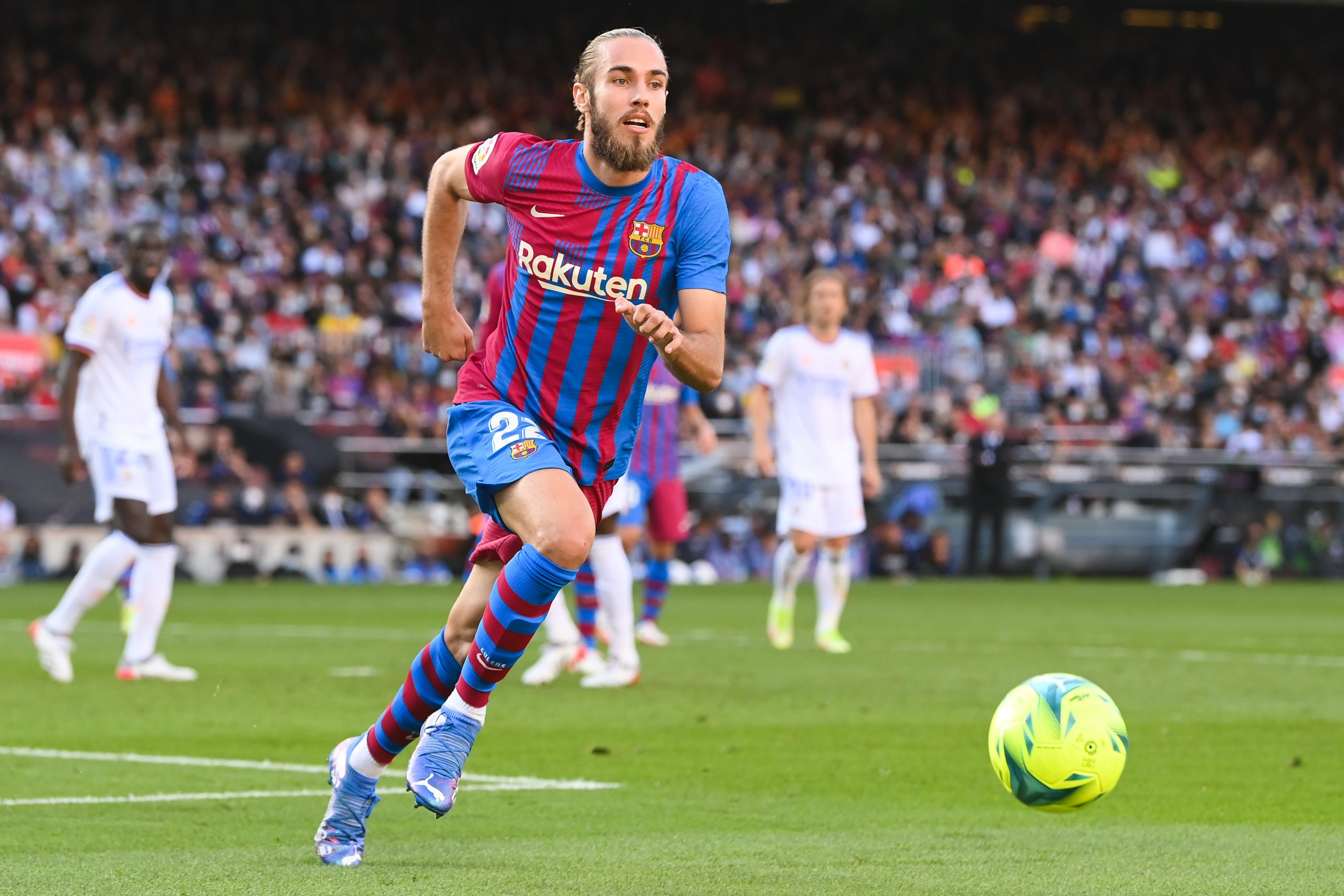 One of the players whose role in the team has seen a drastic fall in prominence since Xavi’s appointment has been Oscar Mingueza. The La Masia talent seemed to have the manager’s confidence for the first few games but soon fell into a vicious cycle on the bench.

Now, the defender is considered a saleable asset by the club. Not only would his departure lighten the wage bill for any imminent arrivals but also replenish the treasury for an inevitably huge summer transfer window.

According to a report from Mundo Deportivo, Barcelona have reached an agreement with the Ligue 1 side, Bordeaux, over the transfer of Mingueza. However, the player and his environment are not in favour of a move to France and have refused to accept it.

Earlier this week, Valencia were said to be interested in Mingueza. A move for FC Basel’s Eray Comert went through, though. Consequently the Los murciélagos no longer need a player of that profile.

Mingueza is also said to have proposals from Hertha Berlin, Celta Vigo, and Mallorca on the table. With the Spaniard unwilling to move to Bordeaux, the Spanish sides interested in him take more prominence.

A loan move is said to be the ideal option for Barcelona, for the player needs minutes under his belt to develop. An option to purchase could be included in the deal, too, if the right price can be agreed upon.

Mingueza has only participated in three of Barcelona’s last ten matches. He has racked up assists in his last two appearances for the club, but those have been his only goal contributions this season.