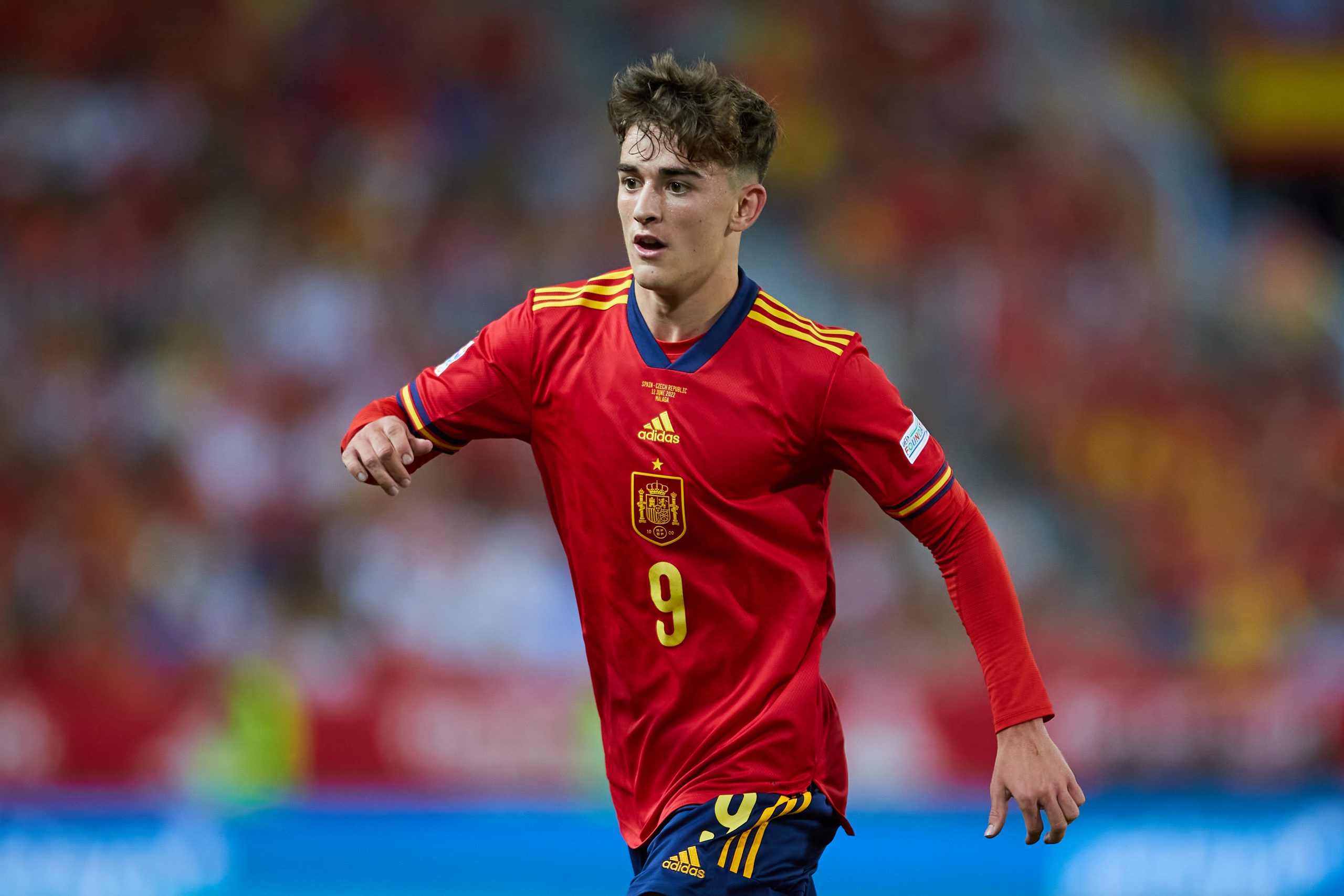 In a huge reveal, journalist Anais Marti Herrero on La Vanguardia has claimed that Manchester United tabled a lucrative €5 million contract offer to Barcelona prodigy Gavi this summer, but it was turned down by the teenager.

Gavi enjoyed a brilliant breakthrough campaign in 2021/22. A product of the La Masia academy, the 18-year-old has firmly established himself as a key member of the first-team setup for Barcelona.

However, his future had been a topic of speculation this past summer as the teenage sensation’s contract was set to expire in 2023. With a release clause of €50 million embedded in his previous deal, there were fears that some clubs might trigger it and lure him away.

Liverpool were linked heavily with a move for Gavi, while Bayern Munich had a strong interest in the 18-year-old as well.

Now, as per the report from Anais Marti Herrero, Manchester United were also intent on signing Gavi and even made a lucrative contract offer for the La Masia graduate. Indeed, as per the report, the 18-year-old was offered a three-year deal worth €5 million per season.

However, they were met with a firm rejection from the 18-year-old, whose priority has always been to stay at Barcelona and succeed.

The teenager admitted as much after signing a new long-term deal with the Catalan giants that sees his stay at Spotify Camp Nou prolonged until 2026. He is now shielded by an enormous release clause worth €1 billion.

Since breaking into the first-team setup, Gavi has managed to make 54 appearances for Barcelona, scoring two goals and setting up six more. He has become a regular starter in the lineup this season ahead of more experienced individuals like Frenkie de Jong and Franck Kessie.