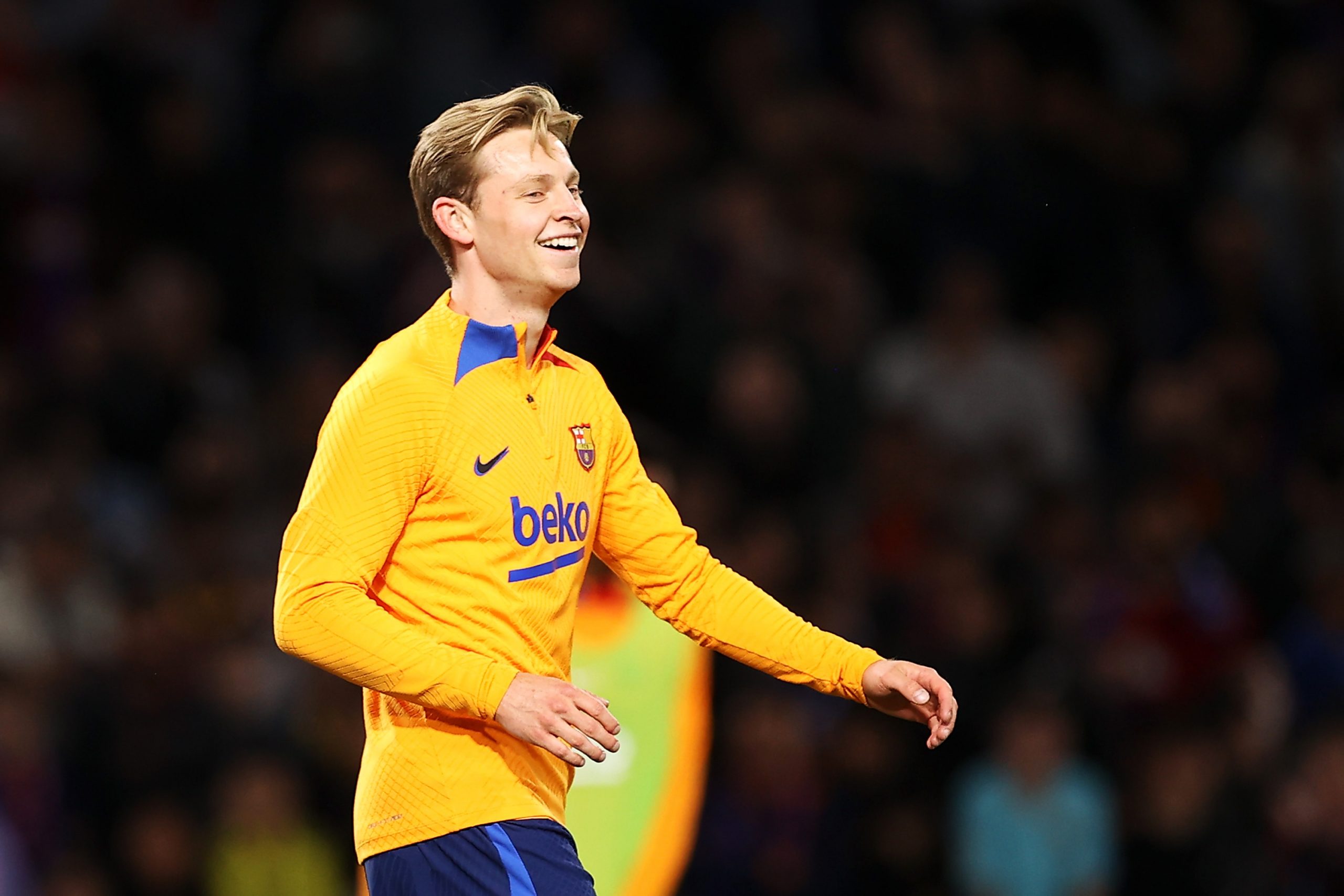 Barcelona president Joan Laporta has insisted that the club management is doing everything in its power to keep midfielder Frenkie de Jong at Camp Nou.

Speaking during an event in honour of Johan Cruyff at the Hostal La Gavina in S’Agaró, the club president mentioned that Barça are well aware of the interest the 25-year-old midfielder has generated but added that the team has no intention of parting ways in the summer.

“Frenkie de Jong is a Barça player and is recognized as one of the best players in the world,” Laporta was quoted as saying by the Spanish publication Mundo Deportivo.

“We know of clubs that want him, not just United, but we have no intention of selling him and the player, I get the impression, that he wants to stay. He is comfortable at Barça and I am going to do what is in my power so that Frenkie stays,” he added.

It’s important to note that a recent update provided by trusted journalist Fabrizio Romano claimed that an agreement between Barcelona and Manchester United is ‘more than close’.

What’s left to be discussed, apart from personal terms, is the structure of the mentioned add-ons. But since Man United are still in discussion, it has emerged that Chelsea have decided to enter the race as they believe they have something that their Premier League counterparts cannot offer.

It’s understood that de Jong was initially reluctant to choose Manchester United mostly because he wanted to play in the Champions League. But since Chelsea have a place in the continental championship for the upcoming edition, it remains to be seen to what extent they will pursue the Dutchman.

But Laporta’s statements provide a fresh twist in the saga which could now possibly end with de Jong staying at Barcelona.