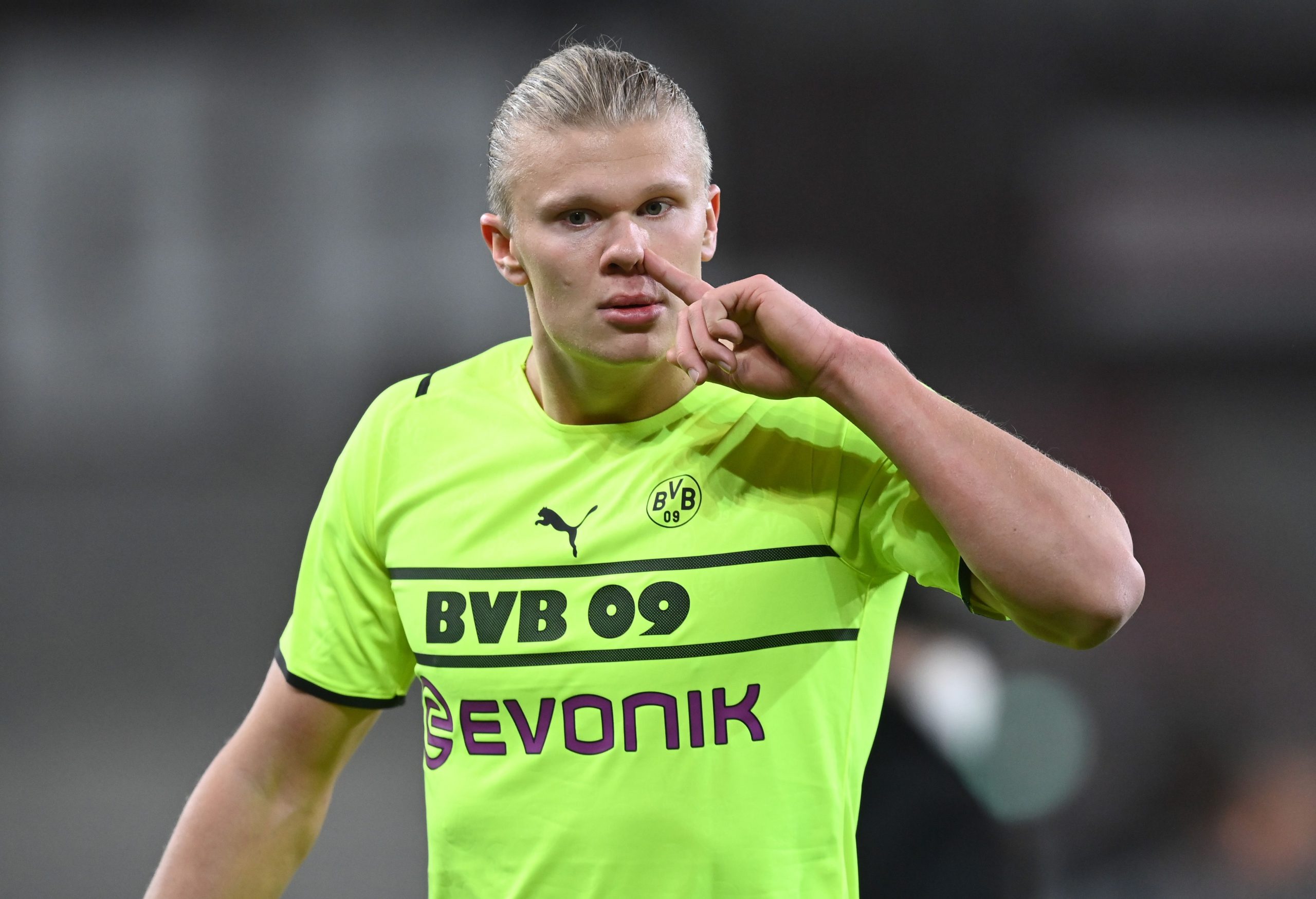 Over the past two months, only two teams have been seen as realistic destinations for Erling Haaland.

The Norweigan, whose release clause gets activated in June, commands a financially draining transfer that only the likes of Real Madrid and Manchester City can afford.

Barcelona pursued the striker’s signature for close to a year before slowly pulling out of the race. Needless to say, the club’s delicate financial situation forced them to withdraw their interest.

According to reports from SPORT, however, Joan Laporta has conveyed to Mino Raiola Barcelona’s willingness to make one final effort to sign the Borussia Dortmund striker.

Haaland continues to be the dream signing in Catalonia, and the club leave no stone unturned.

Though the Spanish side cannot compete with other offers on financial terms, they hope that the sporting project in place is enough to lure the player.

Erling Haaland has not yet decided on which colours he will don next season. However, a decision is expected in the next two weeks.

If the Blaugranes fail to secure the Norweigan, they will look to secure Robert Lewandowski’s services for next season. The Polish international has one year left on his contract at Bayern Munich, and the Germans are under pressure to sell him.

Haaland has scored 16 goals and provided six assists in 19 league games this season. He averages three shots per game and has created ten big chances.

As it stands, Manchester City are the favourites to land his signature. Pep Guardiola is said to want the striker at all costs. However, the final decision will be taken by the player himself.