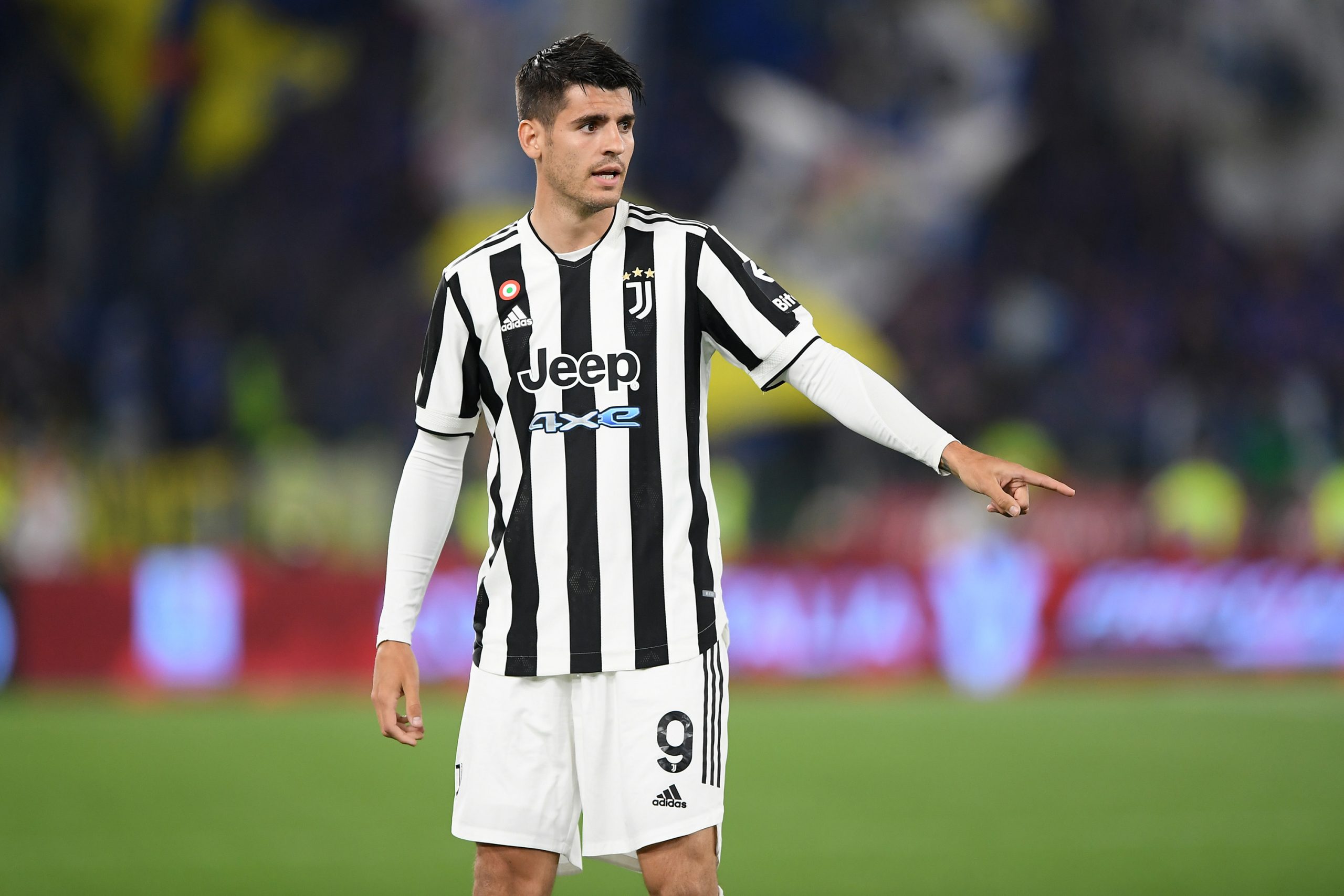 According to journalist and transfer expert Gerard Romero, Barcelona president Joan Laporta has no intentions of signing Atletico Madrid striker Alvaro Morata in the upcoming summer transfer window. The club supremo has his sights firmly fixed on Robert Lewandowski.

Morata had been heavily linked with a move to Barcelona during the January transfer window. But a move did not materialise due to the convoluted nature of the deal as he was already on loan at Juventus.

With his stint in Turin set to end soon, and the Italians showing no indications of wanting to sign him permanently, the Spanish striker could be back at Atleti, and there have been reports that Xavi Hernandez & co. want to make a swoop.

It has since been claimed that the two clubs are working on a swap deal involving Morata and Antoine Griezmann, who is currently on loan with the Rojiblancos.

However, Gerard Romero has dismissed any such claims, insisting that Morata is not an option on Joan Laporta’s list. The journalist adds that the Barcelona president has Bayern Munich superstar Lewandowski as his topmost and only option.

The 33-year-old has enjoyed a stunning season at Bayern, plundering 49 goals and seven assists from 45 games in all competitions. His contract with the German champions expires next year and the striker has no intentions of renewing his deal.

As for Morata, he has not had the best of seasons for a Juventus side who ended the campaign without a trophy. The 29-year-old has netted just 11 goals in 47 matches, but continues to be held in high regard in the Barça camp.

Despite that, Laporta, it seems, has no desire to bring the former Real Madrid striker into the fold for next season and is focused on landing Lewandowski.