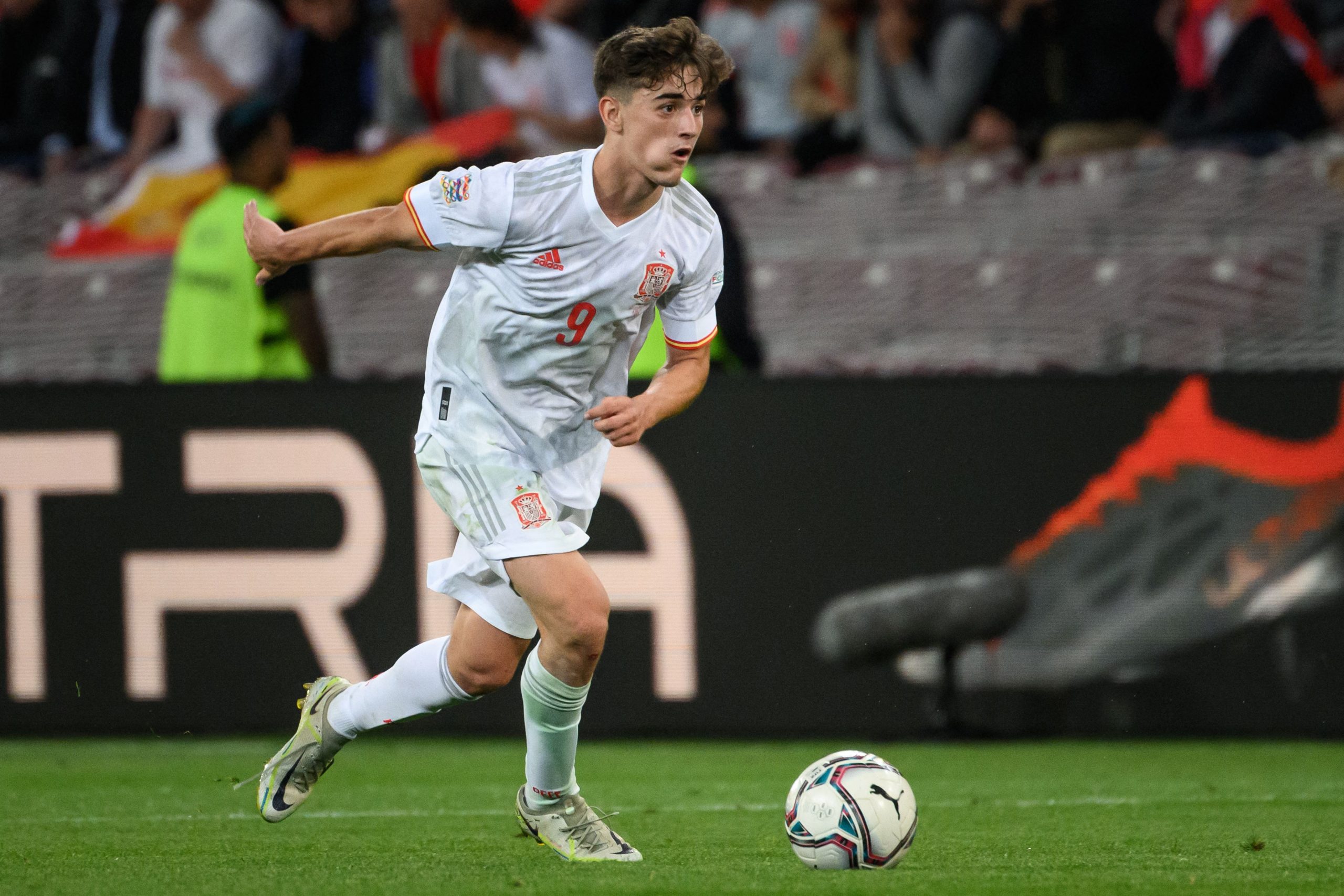 Barcelona president Joan Laporta has provided an update on the contract situation of midfield prodigy Gavi, which will come as music to the ears of the fans.

The 17-year-old’s current deal expires in the summer of 2023 and negotiations over a renewal had been ongoing for a while now with no agreement being reached.

There had been speculations that the midfielder’s camp was unhappy with the terms offered and had turned down offers from the Blaugrana.

However, it seems like Barcelona fans can relax over Gavi’s situation as an agreement is now close to being finalised.

Indeed, president Joan Laporta has confirmed that the two parties are on the verge of agreeing terms. As quoted by Fabrizio Romano, he said: “We are very close to reaching an agreement with Gavi to extend his contract.”

“We are optimistic about the renewal of Gavi. We want him to continue at Barça,” the Barcelona supremo added.

A product of the club’s La Masia youth setup, Gavi enjoyed a spectacular breakthrough campaign in 2021/22. The 17-year-old ended the season with 46 appearances in all competitions, scoring two goals and setting up six more.

Currently on national duty with Spain, Gavi has been showcasing his quality at the international level, putting in starring displays for La Roja.

Gavi’s new deal is likely to contain a massive release clause worth €1 billion, much like some of the players that signed new deals such as Ansu Fati, Pedri and Ronald Araujo.

Securing the youngster’s future with a long-term deal will be a huge relief for the Blaugrana and the club can now focus on other plans for the summer transfer window.