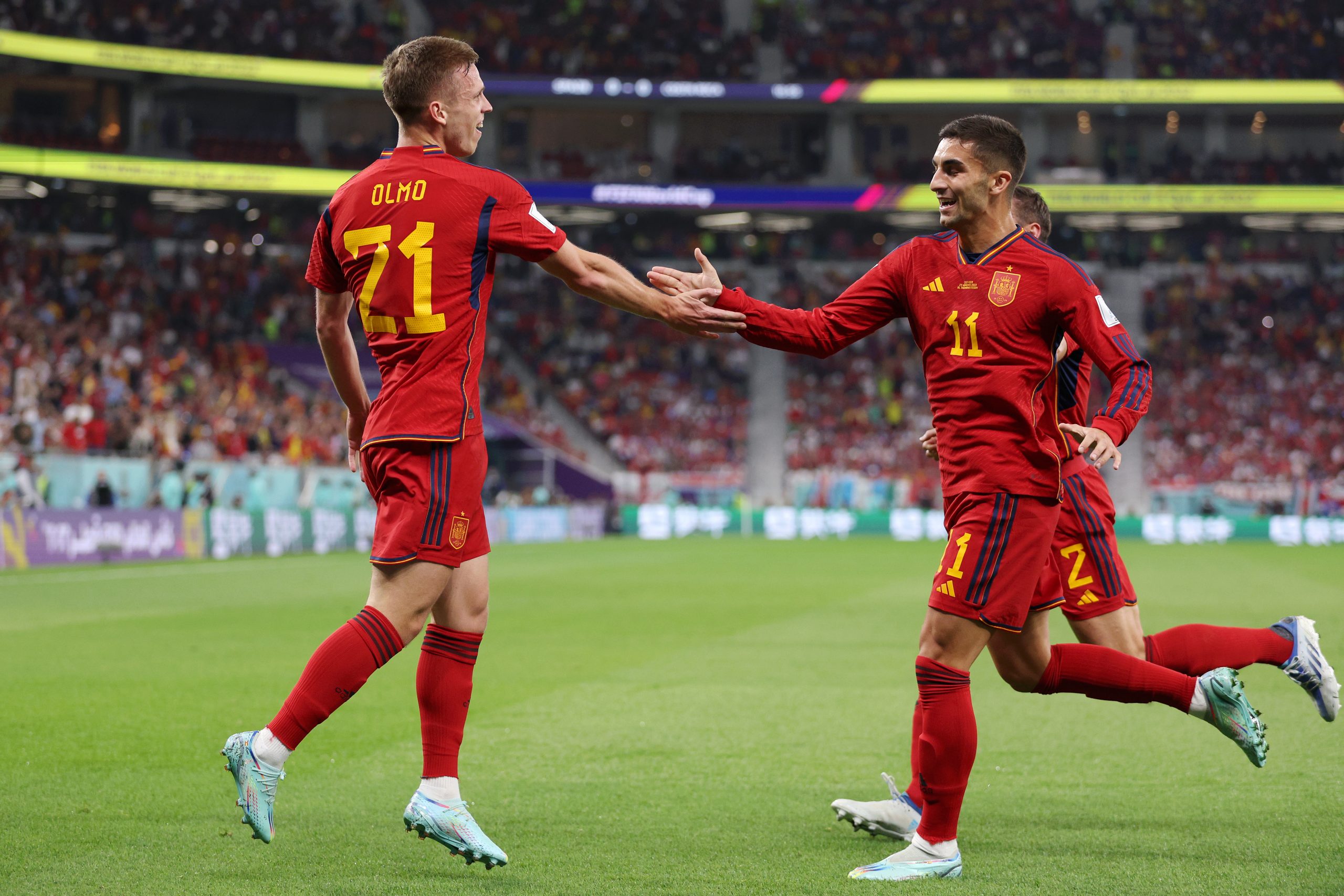 Barcelona bought Torres from Manchester City in January earlier this year, in a deal that cost the club around €55 million.

The 22-year-old former Valencia ace has been a hit-and-miss signing so far for the Blaugrana, although he has shown glimpses of his talent and quality. In 44 matches for Barça, Torres has 12 goals and seven assists, with five of those goals coming in the current season.

Representing Spain at the FIFA World Cup 2022 in Qatar, Ferran starred for La Roja against Costa Rica, bagging a brace, but underwhelmed in the draw versus Germany.

Meanwhile, his national teammate Dani Olmo has also been making a solid impression with Luis Enrique’s side. He too was on target in the win over Costa Rica and was a bright spot for Spain against Germany last night.

A former La Masia trainee, the versatile attacking midfielder spent seven years on Barcelona’s books between 2007 and 2014 before leaving for Dinamo Zagreb and eventually he ended up at RB Leipzig.

Now, Romano has claimed that Barcelona were seriously interested in signing the 24-year-old in late 2021 but instead went with Torres.

“Dani Olmo is impressing with Spain at the World Cup and I can reveal there was strong interest from Barcelona one year ago, in 2021; but then they invested €55m on Ferran Torres so nothing happened,” Romano said.

“I think Olmo is a big talent and could be great for Premier League too, but there’s nothing imminent or close as of today.”

Olmo was heavily linked with a move to Barcelona starting in the summer of 2021 when the club were in talks with RB Leipzig over the sale of Ilaix Moriba. Rumours continued towards the end of last year after Xavi took over as manager.

However, the Catalans ended up investing heavily in Torres and Olmo remained at RB Leipzig. Whether a reunion between the two parties materialises in the future will be interesting to see.