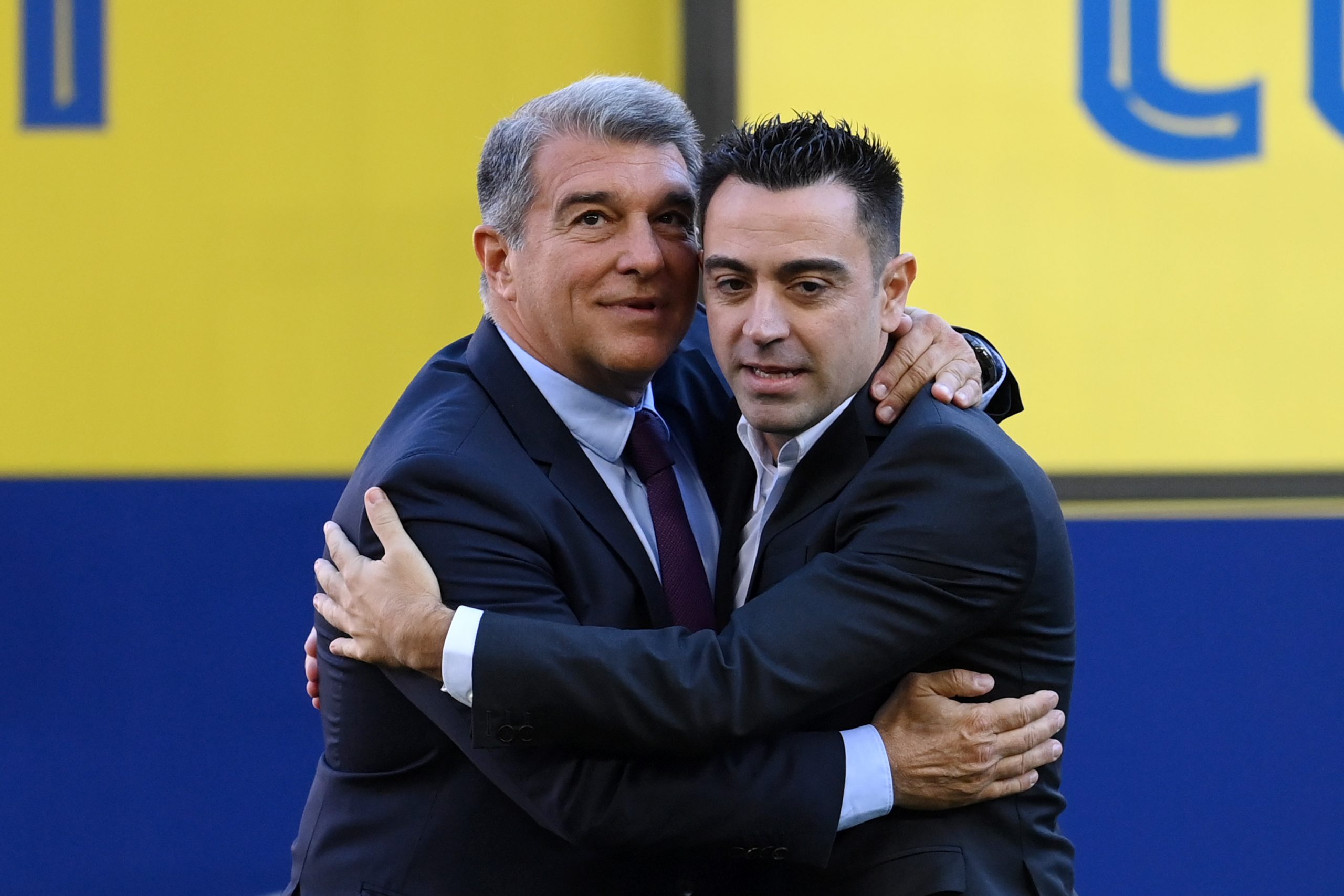 With the summer window not very far away, transfer plans are starting to take shape at Barcelona. Despite the positivity created around Camp Nou since Xavi’s appointment, the last couple of weeks have shown that the team still have a long road ahead of them.

And, Barça president Joan Laporta recognises that and is ready to make the necessary changes at the club in order to help the manager take the team back to glory.

Back in 2003, when Laporta had become president for the first time, a major squad overhaul had taken place, with as many as 14 players leaving the club, while 11 new faces coming in.

And, as per SPORT, there is a feeling within the club that a similar restructuring is required this summer if the Blaugrana are to get back to where they belong.

Laporta and his board are preparing for a ‘revolution’ as they believe that the squad needs a complete makeover after the events of the past few weeks, which has put Barcelona’s second-place finish in doubt, which would see them miss out on the Spanish Super Cup next season.

It is claimed that several players on the roster are not at the level needed to represent Barcelona and Laporta is prepared to weed them out and bring in players who can help turn things around immediately and be a part of the setup for the long run.

Barça have identified seven players who they believe will be the key for the team for the present and the future and have deemed them untouchables ahead of the summer transfer window.

Those seven stars are Ansu Fati, Pedri, Ronald Araujo, Gavi, Nico Gonzalez, summer signing Eric Garcia and January arrival Ferran Torres. The Blaugrana believe that these seven players have shown the level required to be considered the core of the team for the present and the future.

As for the rest of the players, they could be allowed to leave if suitable offers come along, with the Catalan giants ready to replace them with stars of better quality and higher level.

Financial issues could be a roadblock for the Blaugrana in their plans, but the club are working on strategies to change the situation, with the CVC deal, the sale of a 49% stake in Barça Studios and Barça Licensing and Merchandising being key.

The report describes Laporta’s plan as an ‘Open Heart Surgery’ with the board prepared to go ahead with it despite the difficulties that might come along the way.