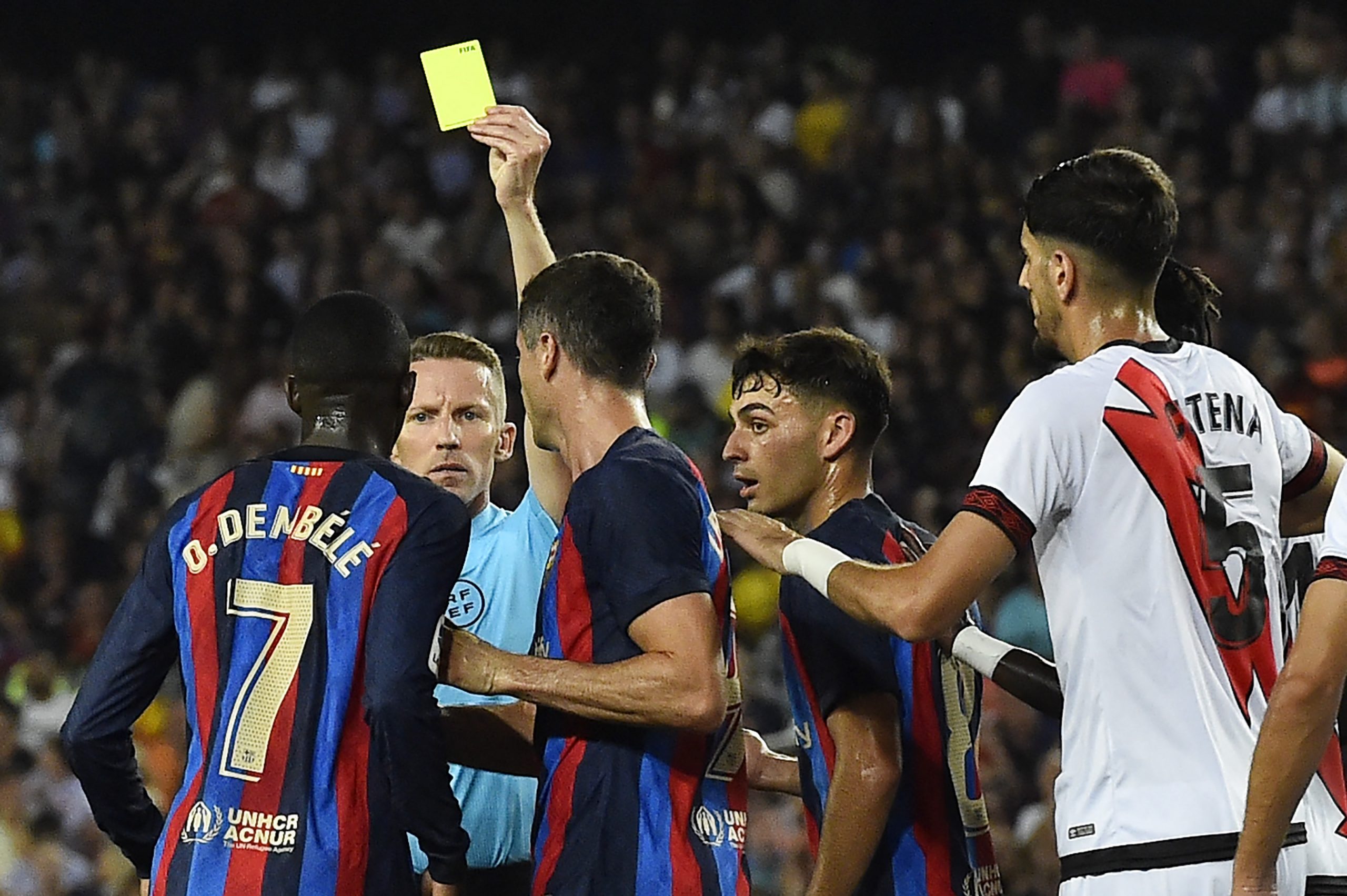 Barcelona’s new season was off to a far from ideal start as they were held to a goalless draw by Rayo Vallecano at Spotify Camp Nou in their La Liga opener on Saturday.

Despite creating several chances, mostly in the second half, Barça could not get past a disciplined Rayo Vallecano backline.

While the performance was nowhere near the expected levels, there was also some questionable officiating from the referee on the night, Hernandez Hernandez, which has left some Barcelona directors puzzled and disturbed, reports COPE.

The biggest contentious moment in the game came in the first half when during a set-piece situation, Robert Lewandowski was manhandled and wrestled to the ground by Izi Palazon inside the Rayo Vallecano box right under the noses of the referee.

But, to everyone’s surprise, Hernandez Hernandez deemed there was no foul play involved and did not award a penalty to Barcelona.

There was another contentious call made by the 39-year-old official in the second half involving another potential penalty incident involving Lewandowski.

There was a lot of time-wasting from the get-go from the Rayo players that was also not properly curtailed by the referee on the night.

The level of refereeing has come under constant scrutiny in recent seasons, with there being a lack of clarity and consistency over some decisions made by the officials. Hopefully, there is an improvement of overall standard of officiating this season.