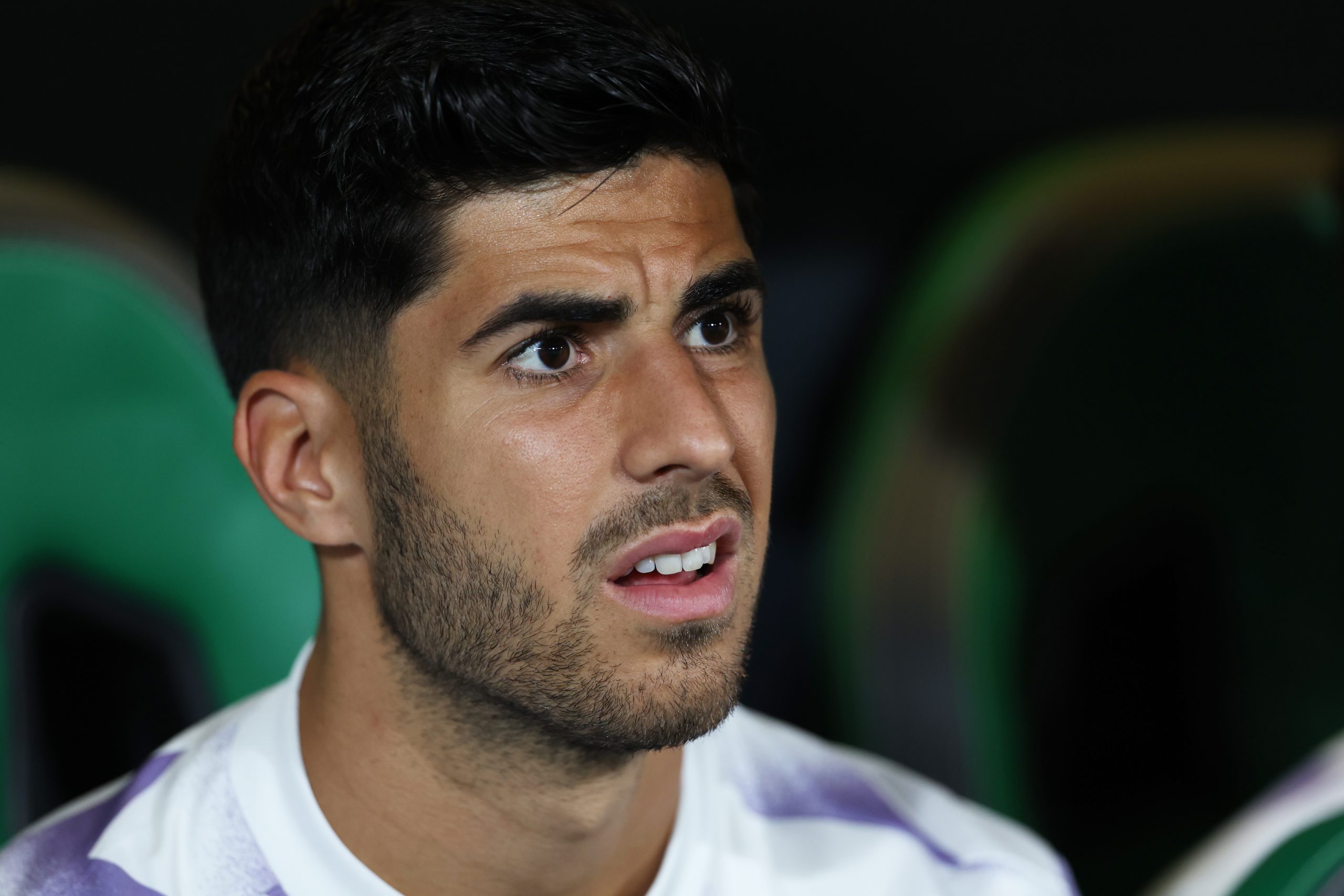 Over the past few months, there have been recurring rumours that Barcelona are considering making a swoop for Real Madrid forward Marco Asensio. The 26-year-old is in the last year of his contract with Los Blancos and is yet to sign a new deal.

Talks had previously stalled due to his wage demands and not long ago it looked like Real Madrid would let Asensio leave as a free agent in the summer of 2023.

And Barcelona were said to be keeping a close watch on the situation as they saw the former RCD Mallorca ace as a good market opportunity to due to his age, experience and versatile nature.

In fact, it has been even reported that Barcelona will be closely following Asensio at the FIFA World Cup 2022 in Qatar to see how he fares.

But Asensio has claimed that he is happy at Real Madrid at the moment and added that he is not considering Barcelona as an option for the future.

Speaking to El Chiringuito TV, as quoted by Fabrizio Romano, Asensio said: “Barcelona was never an option. I’m happy at Real Madrid, I feel very well… but in the future, you never know. In that case, it wasn’t true that I was considering Barça as option.”

Barcelona have a loaded attacking unit as it is which will further be boosted by the return of Ez Abde from his loan spell at Osasuna.

So, even though Memphis Depay is expected to move on in the near future, there is no urgent need for another wide player at Spotify Camp Nou.

Instead, the Catalan giants would be much better served by looking for a No. 9, who can operate as an understudy to Robert Lewandowski, with Borussia Dortmund starlet Youssoufa Moukoko emerging as a potential target.