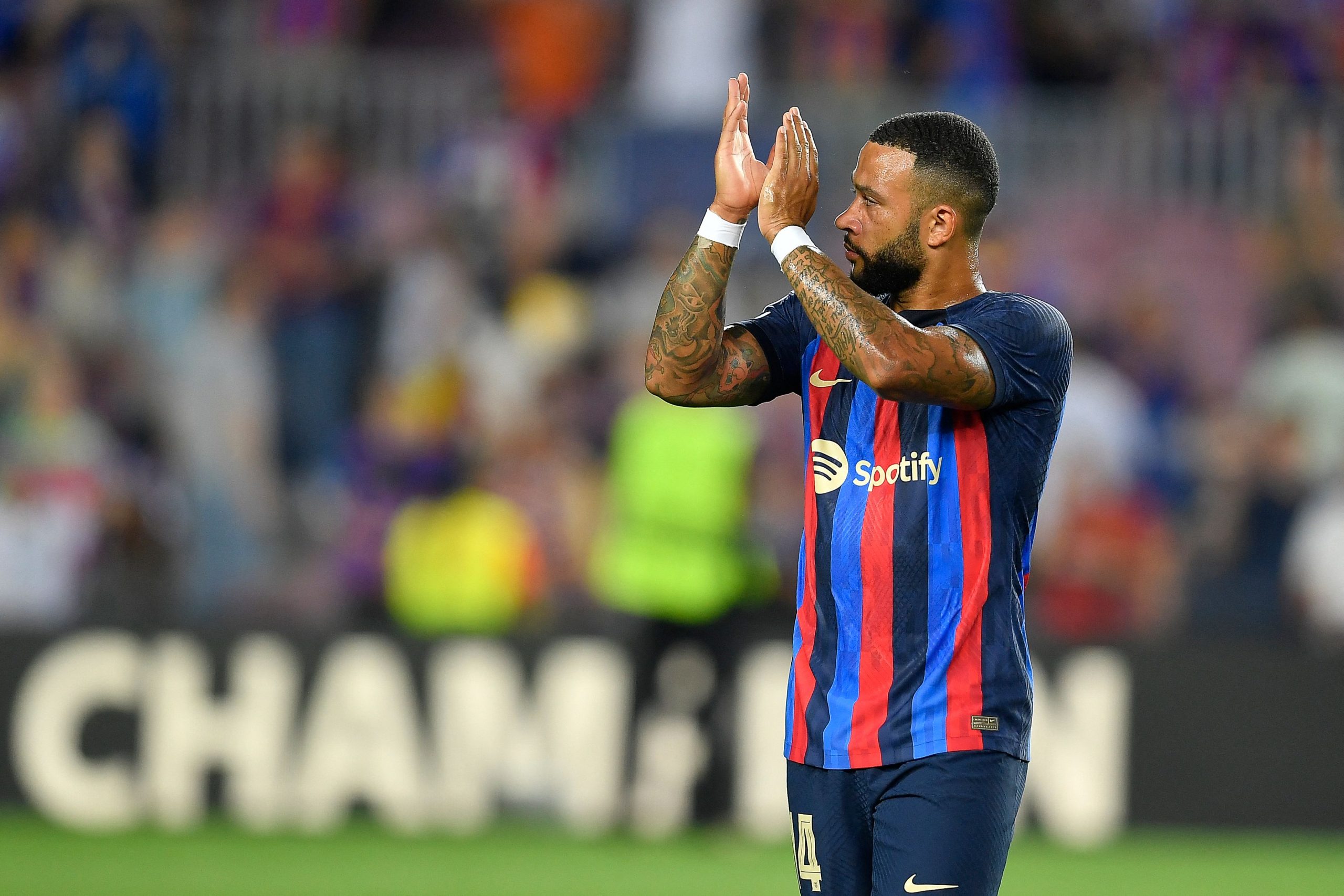 Barcelona president Joan Laporta recently highlighted the need to generate extra revenue in order to sign new players in the January transfer window. While everything seems pretty much straightforward from the top, the issues go much deeper.

It is understood that Barcelona plan to strengthen their roster in winter, but due to the demanding nature of the financial ‘Fair Play’ of La Liga, the blueprint has suffered a big hit.

According to Mundo Deportivo, Barcelona will be operating on the 1:1 role in January. This basically means for every player sold and millions saved in salaries, the team can invest the amount in new players.

All this makes a certain Memphis Depay a key player in the charade. Having missed each of Barcelona’s last 13 games through injury, it is more than evident that the Dutchman will anyway not replace the starters once he is back to full fitness.

It must be noted that he ends his current Barcelona deal in 2023 and the team is willing to give him the letter of freedom in order to avoid paying his high salary. In that regard, any team between Sevilla, Juventus or Newcastle United might come to Barcelona’s rescue.

Apart from Depay, another player whose Barcelona future is in jeopardy without knowing is right-back Hector Bellerin. MD says Barcelona are open to listening to any offers that come along the way for the defender.

As of today, there is no news from Sevilla, but his former team Real Betis are exploring the opportunity. The reason why Barcelona will not stand in the way of sanctioning his sale is that Xavi is anyway preferring Alejandro Balde at the right-back spot.

For now, the idea and priority for Barcelona is to strengthen the right side and they also need a midfielder who can also play as a pivot.

Meanwhile, if Barcelona are to explore other avenues, they can activate the ‘lever’ that it still has left, that of Barça Licensing & Merchandising, but only after La Liga validates the operation. And this is why the team is not relying on that much.