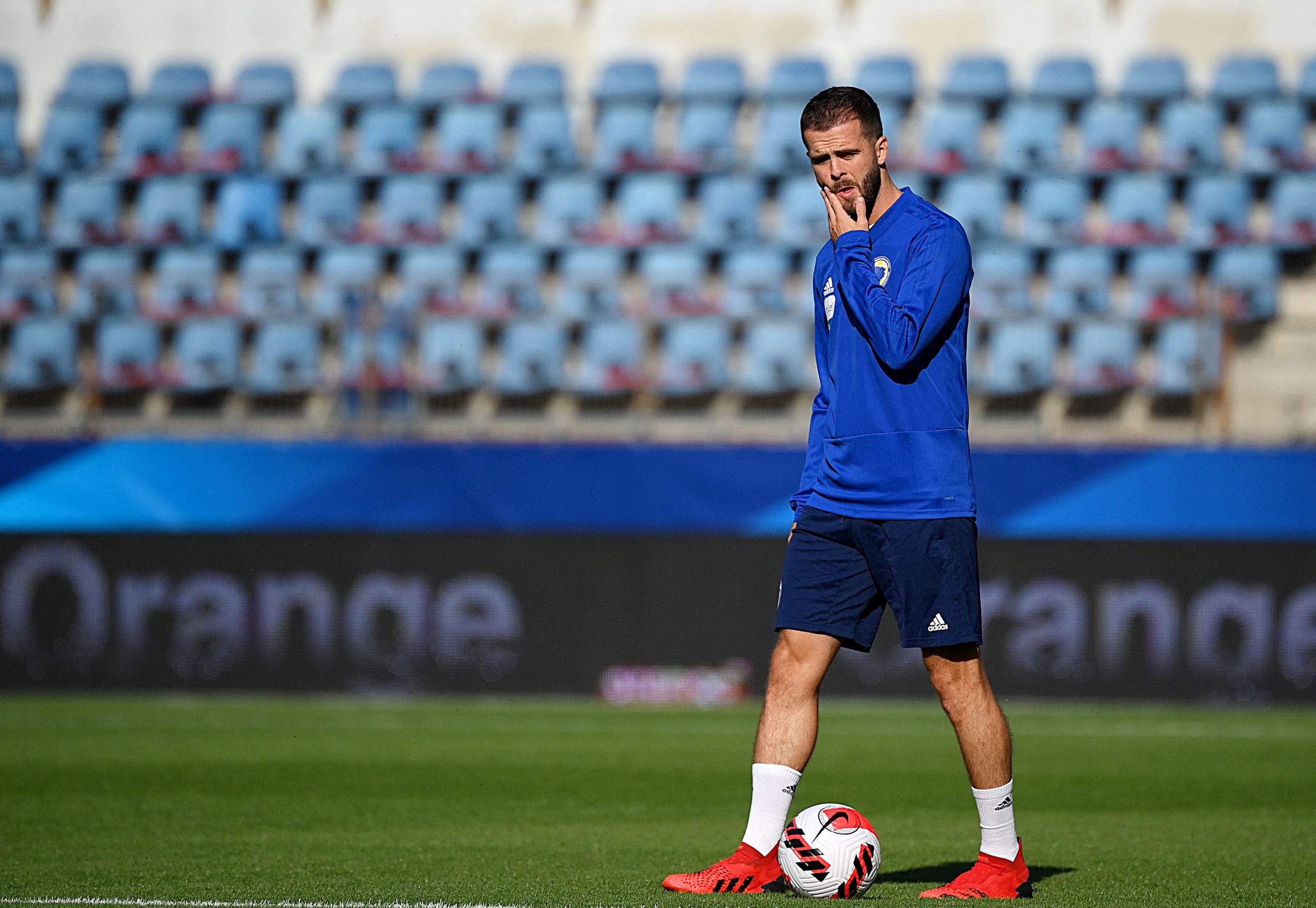 With the transfer plans for the upcoming summer window starting to take shape, Barcelona may be faced with a few major challenges in their bid to rejig the squad.

Signing a marquee striker remains a top priority for Xavi Hernandez & co., and it will take a lot of effort from the club to get a top name in at Camp Nou. At the same time, finding suitors for some of the unwanted players could be a tricky proposition as the team looks to balance the books.

One such player who could become a problematic presence is Miralem Pjanic. The Bosnian is currently out on loan at Turkish outfit Besiktas but seems all set to return to Barça at the end of the season, following which the Catalans might find it challenging to offload him.

Indeed, according to a report from Mundo Deportivo, Besiktas are interested in keeping the former Juventus midfielder on their books beyond the current season. However, Pjanic’s wages and the transfer fee that will be attached with making the move permanent makes the deal unlikely.

Besiktas are currently paying the midfielder wages of around €2.75 million, which they find excessive and stretching their finances. So, a permanent transfer, even though there have been contacts with Barcelona, seems unlikely.

Besiktas’ rivals, Galatasaray, were believed to have shown an interest in Pjanic recently. However, the report states that the Blaugrana are denying any such developments.

Back at Barcelona, manager Xavi sees Pjanic as a quality player but has no place for the 31-year-old in his plans at Camp Nou. The situation leaves the midfielder in limbo heading into the new season.

The Bosnian international has always maintained that he would like to return to Juventus, while he recently admitted that a permanent move to Besiktas would also appeal to him. But with his wages posing an issue, it remains to be seen what the Turkish giants decide to do.