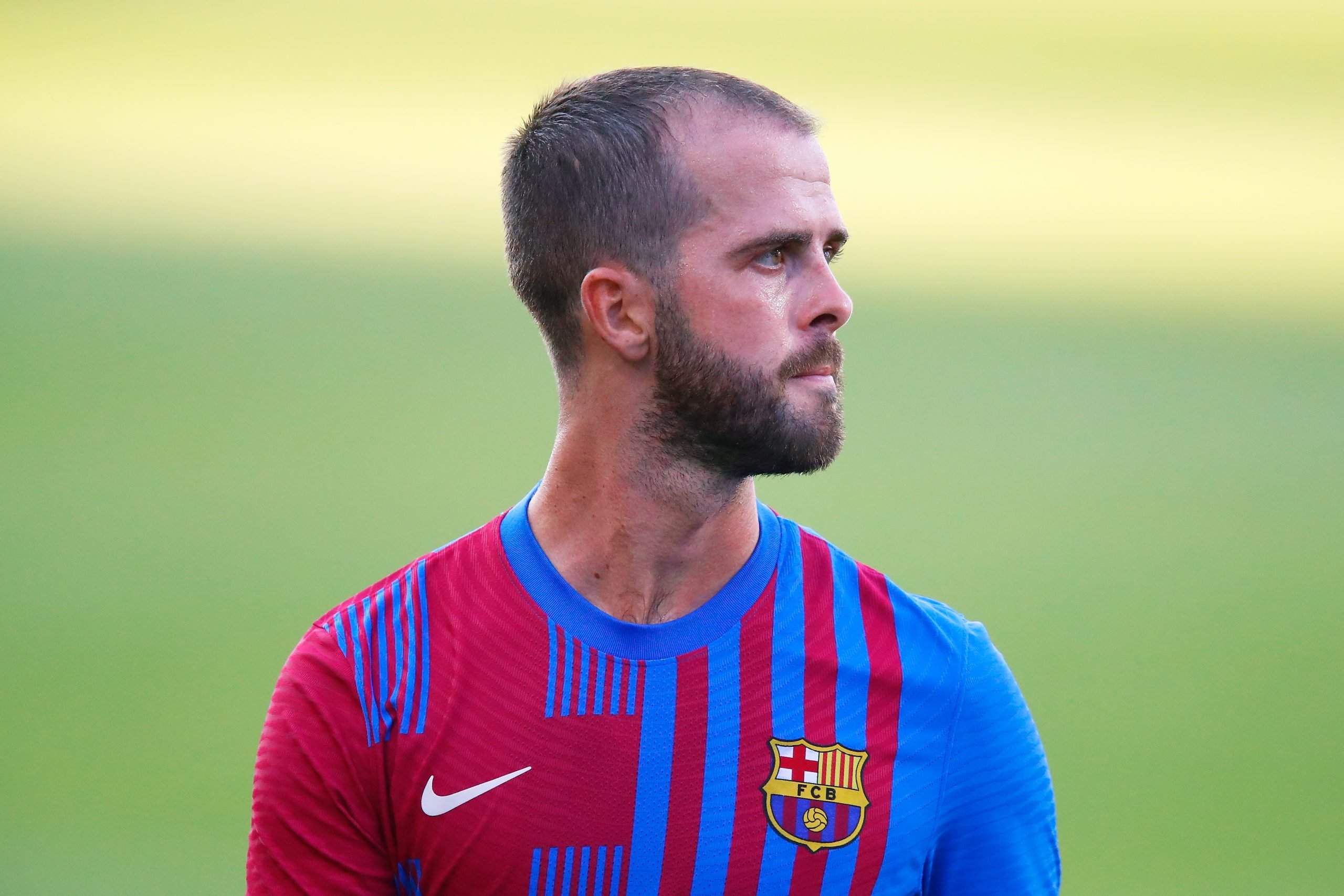 Barcelona are currently enjoying their pre-season tour in the United States, with the spirits currently high following the high-profile additions of Raphinha, Robert Lewandowski and Franck Kessie, among a few others.

However, according to SPORT, one of the Barcelona players in Miralem Pjanic is set to leave the US camp and head back to Europe.

The Bosnian international is expected to travel to Nice, to be with his wife Josepha, to be present at the birth of his second child. He has received the permit to return to Europe from Barcelona, and the midfielder is expected to leave the camp immediately.

Before Barcelona even jetted off to the US on July 16, Pjanic was one of the surprise inclusions. Following his indifferent loan spell at Besiktas, not many expected him to be included in the trip.

However, the former AS Roma star made a solid impression in training and impressed Xavi with his understanding of the game. The Barcelona coach was compelled by his performance and made the decision to include him in the US tour.

Barça have no objection to Pjanic’s salary if he can sustain good performances and become an ideal backup for Sergio Busquets. As such, the club were willing to hand him opportunities in the friendlies to prove himself.

However, it appears those plans have been put to a halt, for the time being, as he will be returning to Europe. The midfielder is expected to be back in the US on July 21.

Barcelona will begin their US tour with a friendly against Inter Miami. Pjanic was expected to be in the thick of things in this encounter, but it appears the club will have to make do with other options, such as Nico.

The academy graduate is being groomed as a potential alternative for Busquets next season, although Xavi is also open to having Pjanic for that role.