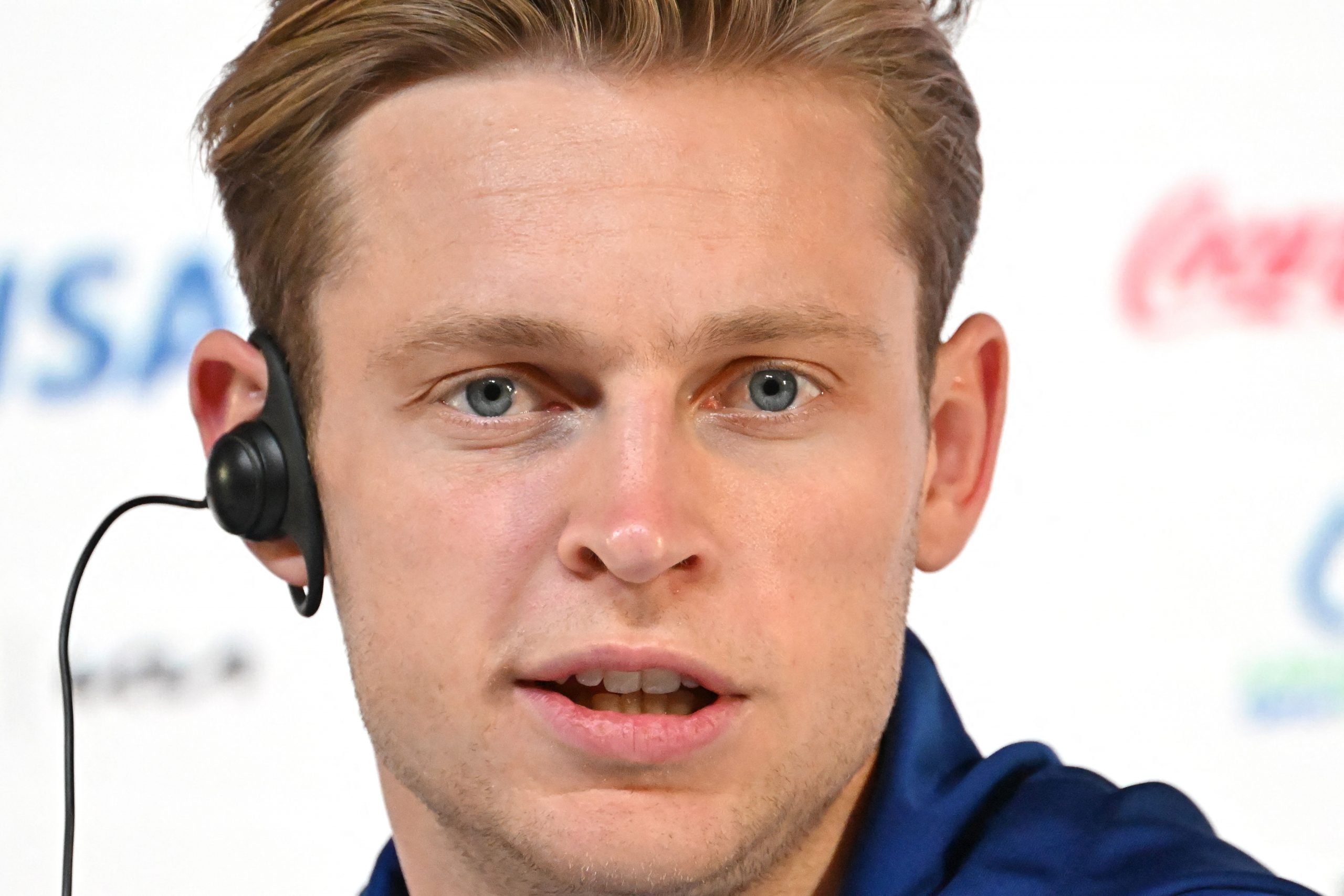 During a press conference ahead of the Netherlands’ final FIFA World Cup 2022 group game against Qatar, Barcelona midfielder Frenkie de Jong refused to discuss the rumours linking him to Manchester United in the past summer window.

The 25-year-old had been a subject of a major transfer story in the summer as Manchester United pushed hard to sign him from Barcelona. The Red Devils’ interest in de Jong was driven by new manager Erik ten Hag, who had previously worked with the midfielder at AFC Ajax.

Reports went as far as claiming that Manchester United and Barcelona had reached an agreement in principle for the transfer of de Jong. However, the Netherlands ace held firm on his stance of not wanting to leave Spotify Camp Nou.

Barcelona tried hard to get their midfielder to leave as they were in a bothersome position with regard to their financial problems. Ultimately, though, de Jong prevailed and remained at the club.

Now, during the press conference, the 25-year-old was quizzed about the Manchester United links and how close he was to signing for them in the summer.

In response, as quoted by Fabrizio Romano, de Jong said: “I am at a World Cup tournament so I am not going to talk about club football.”

De Jong recently had fired a shot at the Barcelona board over the leak of his contract details in the summer, which was allegedly done as a pressure tactic to get him to leave or reduce his salary. But neither of those scenarios materialised.

The midfielder started the season as a marginal figure in Xavi Hernandez’s side. But by the time the season came to a halt for the World Cup, de Jong had not only regained his spot in the starting XI for Barcelona, but had also played a key role in their ascent to the top of La Liga.

So much so that, Xavi sees him as a pivotal figure in his team and the Catalans would not consider selling the midfielder unless they receive ‘a mammoth’ offer for his services.