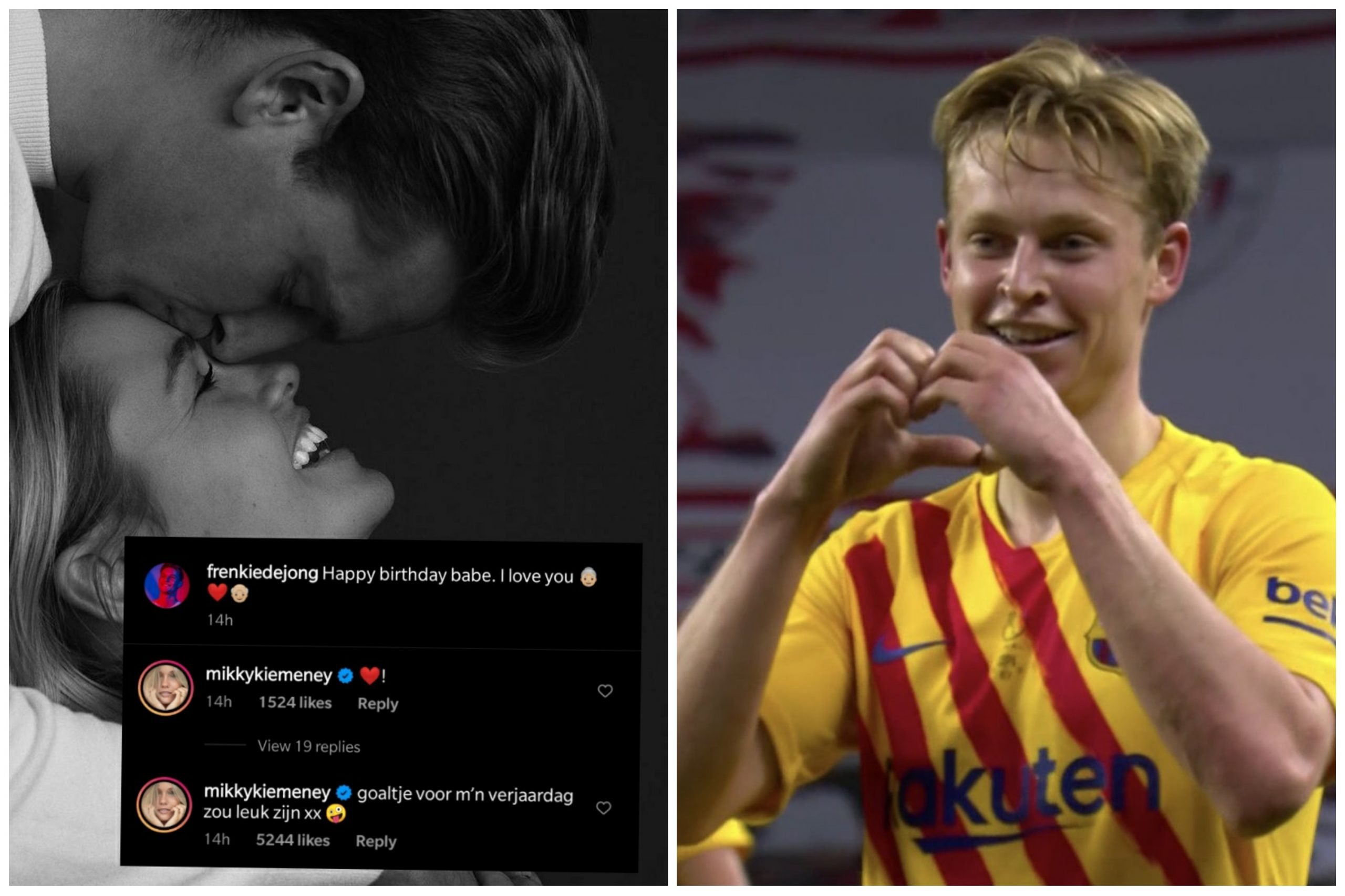 Frenkie de Jong dedicated his goal in the Copa del Rey to his girlfriend on her birthday. He previously posted an Instagram post to wish her a happy birthday the morning before the game. “Happy birthday babe. I love you” was the message written by the player.

Mikky Kiemeney, his girlfriend who turned 23 on Saturday, replied to the player’s Instagram post with a birthday wish which was fulfilled. Kiemeney asked his boyfriend to score a goal in the Final and happily ended up happening.

In his goal’s celebration, the midfielder took some time to let her girlfriend know that he was keeping her in mind, as he drew a heart with his hands dedicating the goal to her.

De Jong’s goal came in the 63rd minute and was extremely crucial for Ronald Koeman’s side as it was the team’s second of the night. That goal started to secure the La Copa del Rey title for the Catalans.

However, not only did the midfielder scored a goal but also nailed his performance in the game, was considered one of the best players of the game. De Jong directly participated in three of the four goals of his team. He also assisted both Antoine Griezmann and Leo Messi.

It was a goal made in De Jong, as the Dutch player came from behind and scored a header which we have seen in the past. He loves to advance from his midfield position to become decisive for his team and score goals. He has scored seven goals this season, even three of them in this year’s edition of La Copa del Rey.

De Jong’s relationship with his girlfriend Mikky Kiemeney is a story to tell. They met years ago because of a friend in common’s joke. Since then, they have been always together, even in his famous trip to Barcelona back in December 2015, when they enjoyed a Barça game at the Camp Nou as fans. Pure love.