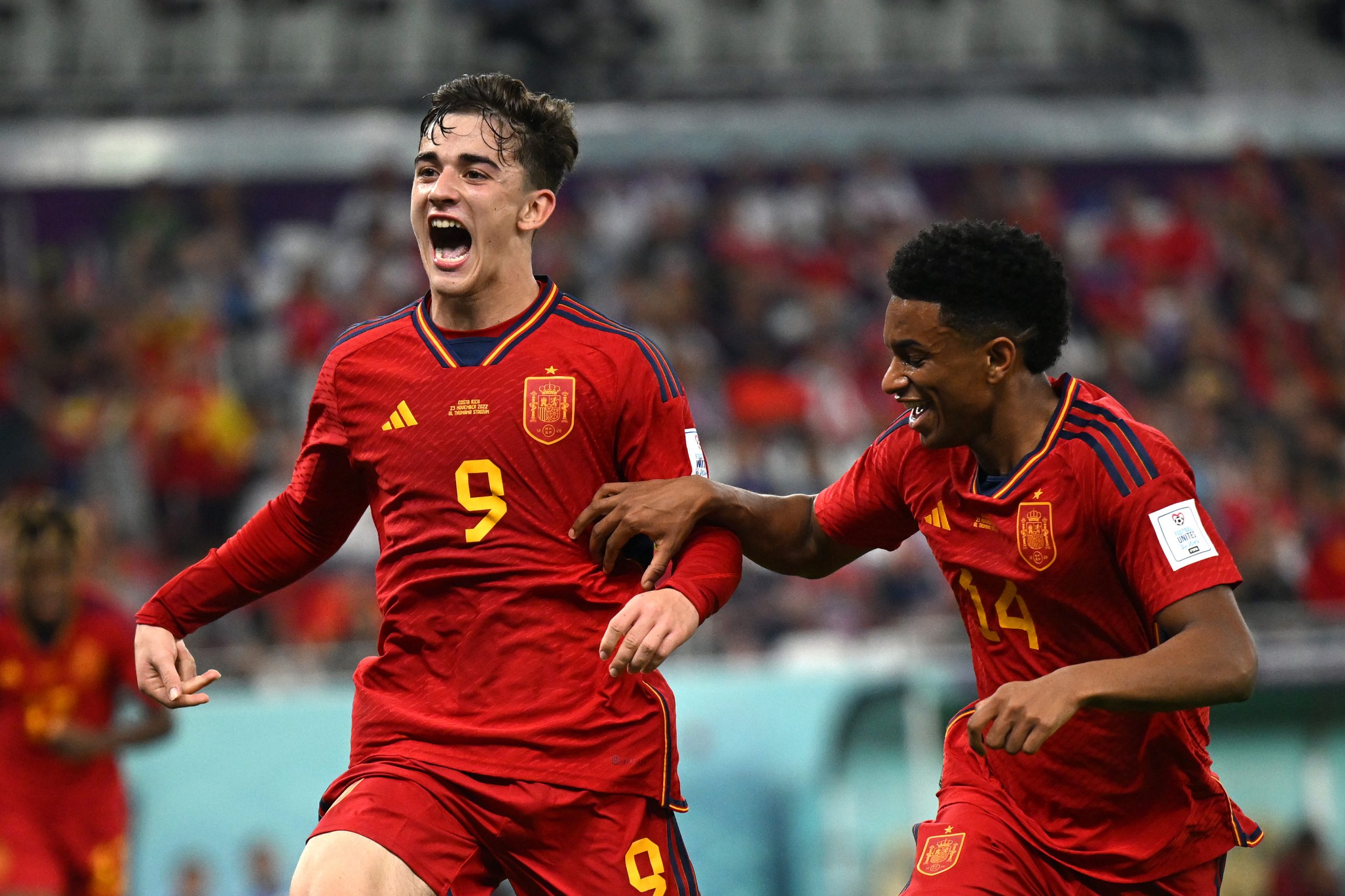 2022 continues to get better and better for Barcelona wonderkid Gavi. Just 18 years old, the midfield sensation has the world at his feet, having won the Golden Boy Award and the Kopa Trophy in recent months.

On top of that, Gavi made his FIFA World Cup debut today when he started for Spain against Costa Rica in their first Group E encounter of the tournament.

And, the prodigious youngster made it an occasion to remember as he capped off what was a brilliant all-round display with a stunning volleyed goal from the edge of the box in the second half.

In doing so, Gavi scored his third goal for the Spanish national team and wrote his name in history books. Indeed, at 18 years and 110 days, Gavi became the youngest player to score in the World Cup since Pele’s brace against Sweden in June 1958 (17 years and 249 days).

The Spanish international is now the third-youngest goalscorer of all time in the World Cup, with only Pele and Manuel Rosas ahead of him on the list.

It must also be noted that Gavi is the all-time youngest goalscorer for the Spanish national team (17 days 304 days), having made the record to his name in June earlier this year in a 2-2 draw against the Czech Republic.

Apart from the goal, Gavi also had a hand in Spain’s first strike of the match scored by Dani Olmo while he also played an important role in the team’s fourth, netted by Ferran Torres early in the second half.

La Roja finished 7-0 winners on the day – their biggest-ever win in a World Cup match, setting the tone for the rest of the tournament. And Luis Enrique & co. will be hoping that Gavi continues to play in the same manner over the coming weeks.