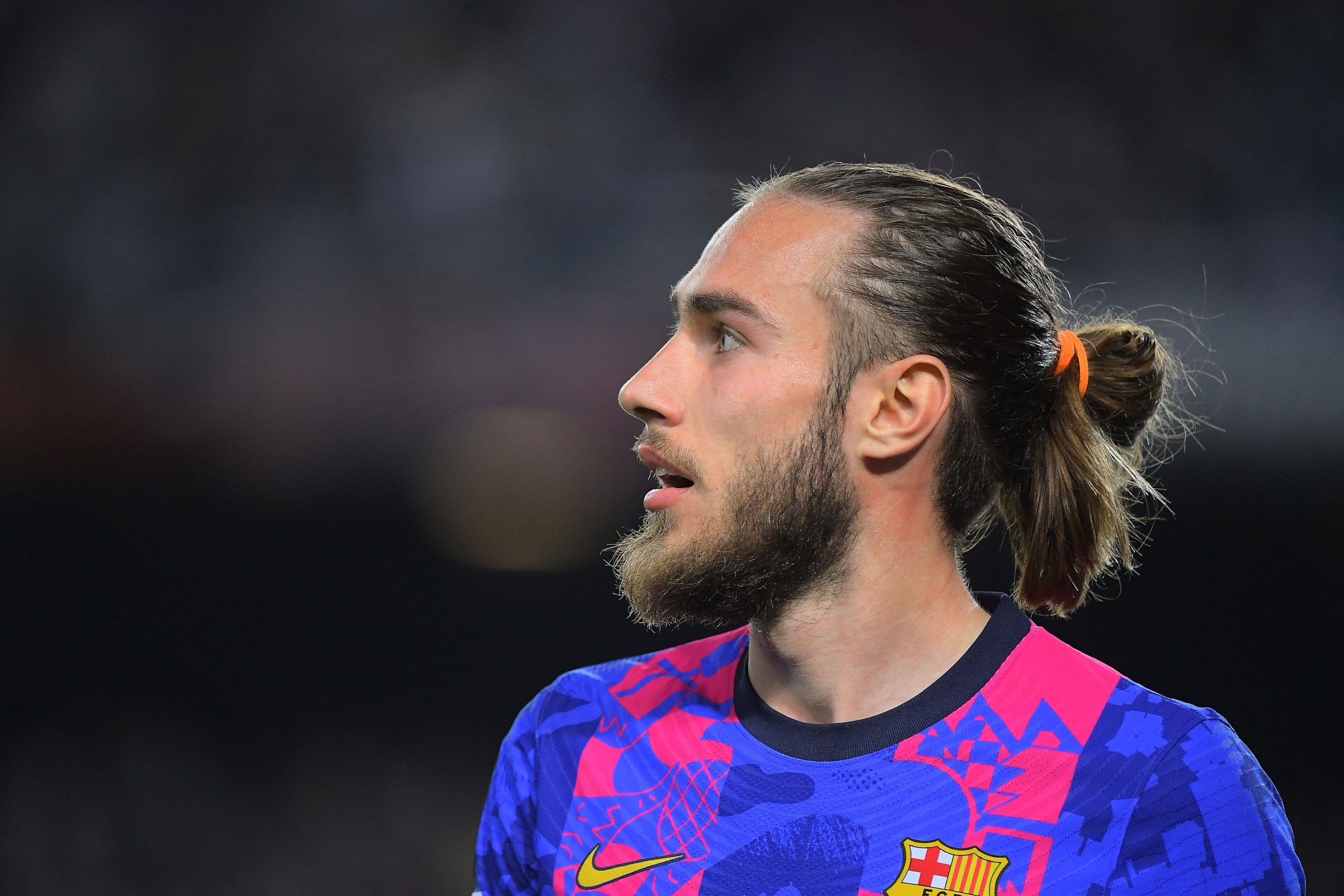 With preparations for the summer transfer window in full flow, Barcelona are looking to offload players that are not part of manager Xavi Hernandez’s plans as they look to generate funds and free up space on the wage bill.

Several players are likely to be shown the doors over the course of the coming weeks and one such star who is expected to be on the move is defender Oscar Mingueza.

According to Diario AS, efforts are already being made to offload Mingueza as the defender has been offered to fellow La Liga club Getafe ahead of the summer window.

The 23-year-old defender is a product of Barça’s La Masia youth setup and made his breakthrough in the 2020/21 campaign under Ronald Koeman. A centre-back who is capable of playing at right-back, the Spaniard was a regular under Koeman but lost his place under Xavi.

Indeed, Mingueza hardly featured during the second half of the 2021/22 campaign and ended the season with only nine starts in La Liga. But given his age and versatility, the Blaugrana are hoping to fetch a decent sum from the defender’s sale in the summer.

As per the report, Mingueza has been offered to Getafe, who are in the market for defensive reinforcements. Jorge Cuenca will return to Villarreal with his loan deal expiring while Erick Cabaco could be on the move as well.

At the same time, the Madrilenian outfit will also need a long-term replacement for right-back Damian Suarez who is 34. So, a player like Mingueza could be an ideal addition to the side, although they are yet to take a decision on whether to sign him or not.

The report adds that Barcelona hoping to fetch €5-10 million for Mingueza’s services and Getafe have the money to spend after raking in cash from the sale of Mathias Olivera to Napoli.