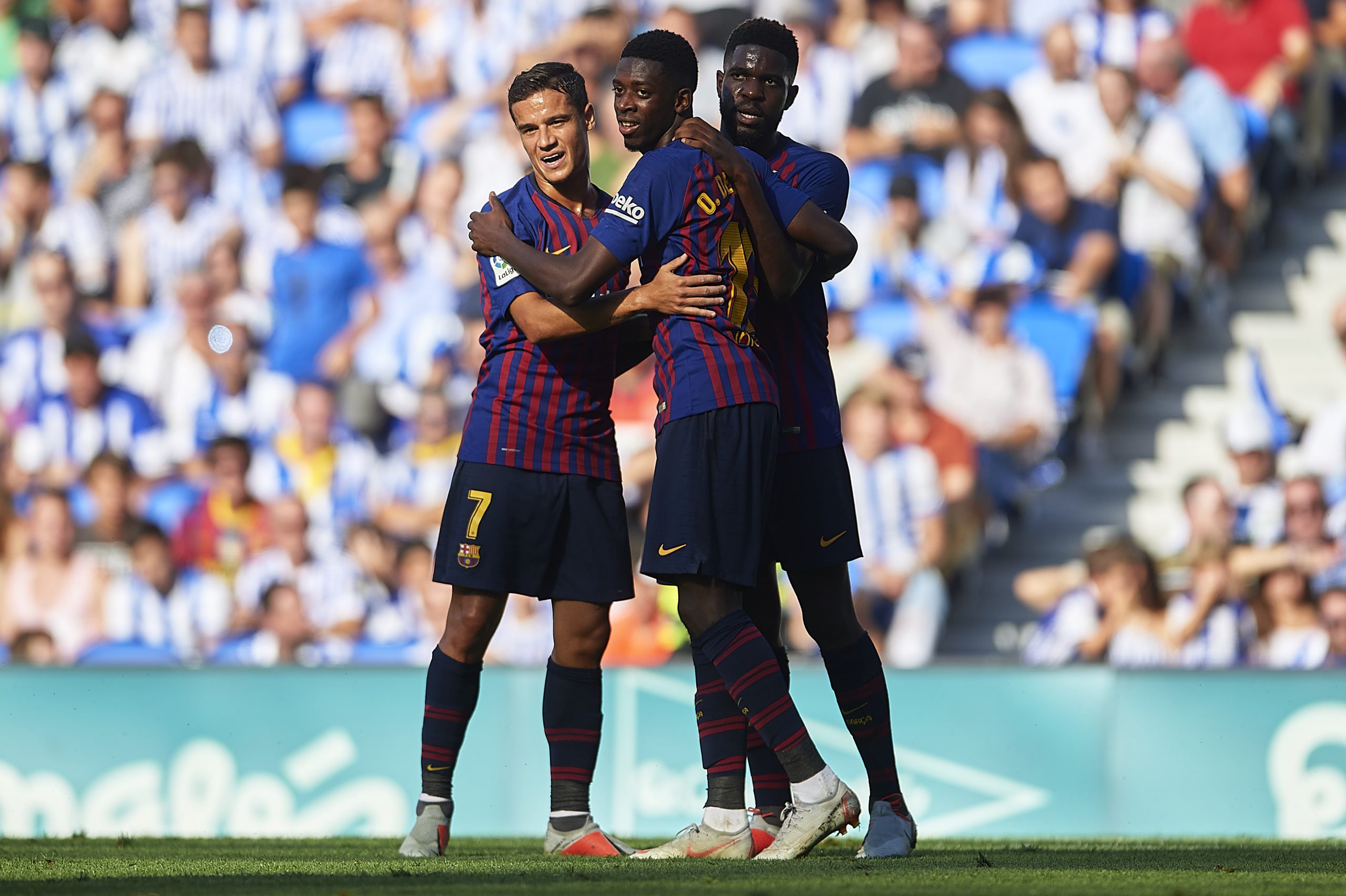 According to reports from Cadena SER, Barcelona will try to reduce the wages of Phillipe Coutinho and Samuel Umtiti in the coming days.

Joan Laporta announced the club’s delicate financial situation during the summer transfer window when the club were forced to take some drastic measures.

The COVID pandemic combined with monumental mismanagement of finances by the previous board left Barcelona in a shambolic economic state.

The solution found by the board was to reduce the wage bill by asking players to take a wage cut. Gerard Pique stepped forward immediately and took a massive decrease in salary to help Barcelona register their new arrivals.

The other captains followed suit soon, with Sergio Busquets and Jordi Alba taking pay-cuts and Roberto, too, coming out to say he was willing to do so.

Yet, the side has multiple players on astronomical wages, two of whom are Phillipe Coutinho and Samuel Umtiti. Moreover, neither of the players is a starter in the team. It is a priority for the board to reduce their wages, and this week seems to be the time for its execution.

Samuel Umtiti has not even played a minute this season. The Frenchman announced his return to fitness in the summer, only to return to the sidelines without playing a minute.

The reduction in wages will come as a significant relief to Barcelona’s board. It will help the management by facilitating any future transfers by rendering them hassle-free.