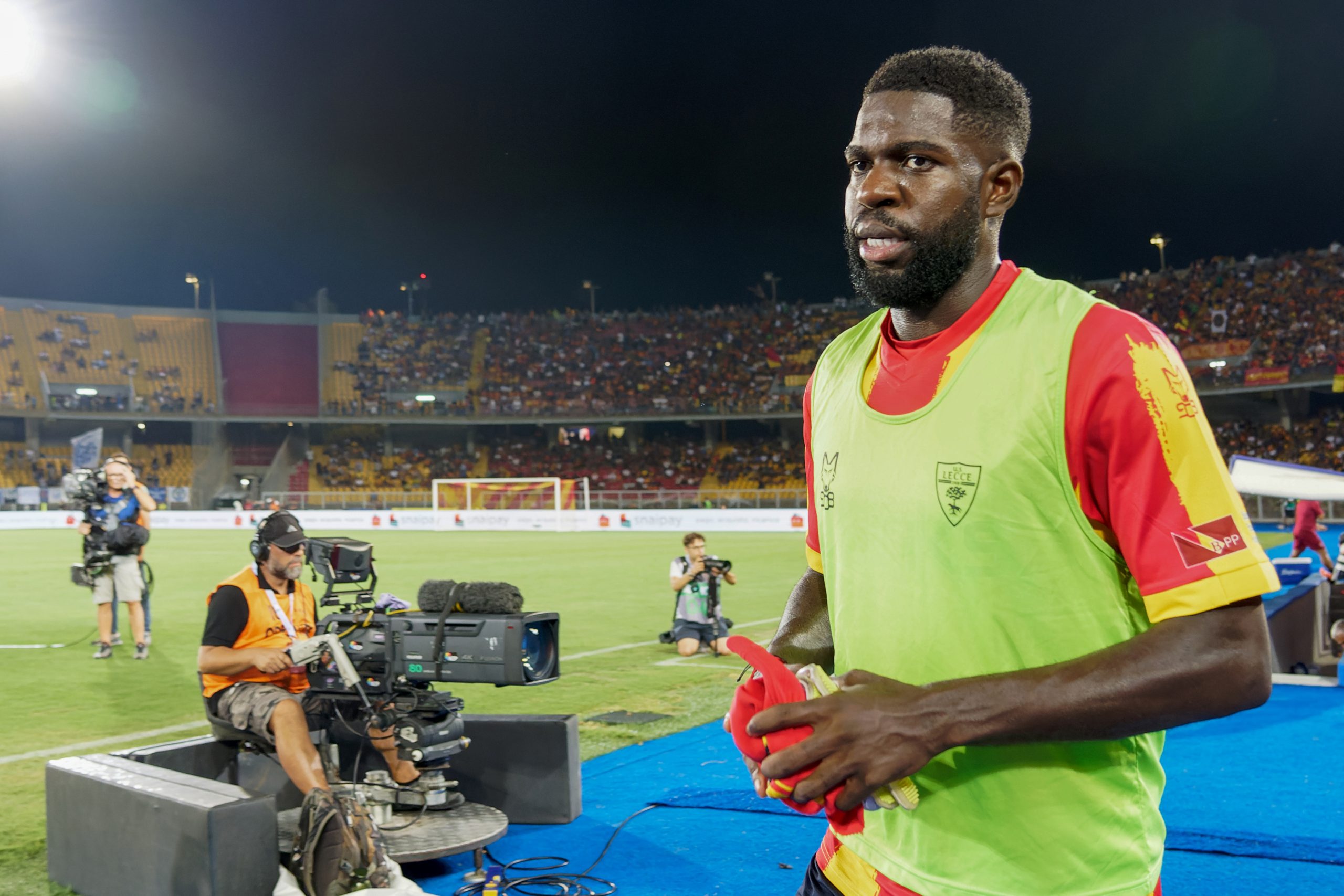 When Barcelona announced that Samuel Umtiti had left the club to join Serie A newbies Lecce on loan for the rest of the season, many fans rejoiced over the news.

After all, the French international had fallen out of favour at Spotify Camp Nou for over a year and had been eating up a hefty chunk of the salary mass thanks to his wages, while his injury-prone nature had made him a liability at the club for quite some time now.

Barcelona had attempted to get rid of him on multiple occasions in the past but were unsuccessful in doing so. And when a move to Rennes earlier in the summer fell through, it looked like the Catalans might have to keep the centre-back yet again.

But, eventually, Lecce came through and signed Umtiti on a season-long loan deal while even agreeing to pay a portion of his wages.

However, a month into the new season, the 2018 FIFA World Cup winner is yet to make a single appearance for his new club.

Lecce have made a decent start to the new season after winning promotion to Serie A, as they have lost just one of their five league outings so far (W1 D3).

However, Umtiti has not played even a single minute of football even though he has been in the matchday squad for each of the games.

The 28-year-old was sent out on loan by Barcelona in part to reduce their wage bill but also in hope that some game-time under his belt could help them sell the defender to a club next summer.

But, so far, things have not gone according to plans. Although, it is understandable that Lecce might be exercising caution in thrusting Umtiti into the thick of things given how sparingly he has played over the past year and had been out injured in the first half of 2022.

So, it will be interesting to see if the former Olympique Lyon defender’s situation changes in the coming weeks. If not, it could give way to the possibility of Barça recalling him in the January window and loaning him out to a different team where he might have a chance of getting some playing time.