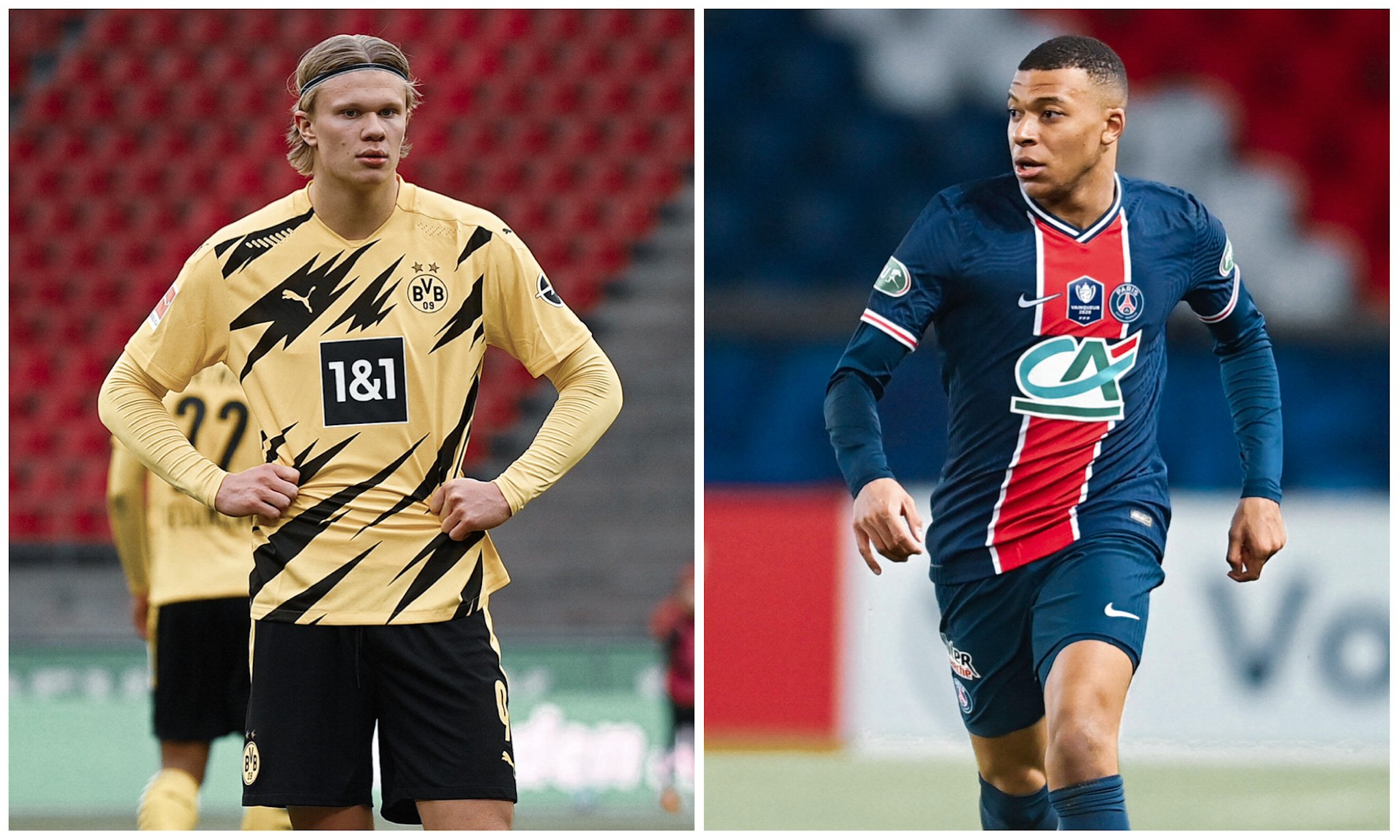 Hristo Stoichkov, the retired FC Barcelona legend who represented the Garnet and Blue for a total of seven seasons, has claimed that Johan Cruyff would have preferred to sign a player like Kylian Mbappe as compared to the much-hyped Erling Haaland, as relayed by Goal.

With the incoming of Joan Laporta, rumours linking Haaland to a Barcelona transfer have been in full flow, especially considering Laporta’s connection to Haaland’s agent Mino Raiola. However, given Stoichkov’s comments comparing the two youngsters in the eyes of the great Dutchman, there is perhaps a hint of truth in the advantages of signing a player like Mbappe as compared to Haaland.

While first talking about Barca’s dire need for a left-back, Stoichkov first said, “You need a left-back because Alba is going to be killed, and I would sign Alaba because he can play you in three different positions and very well in all three. And then a Haaland or an Mbappe.”

Most Cules tend to agree with him on the need of an additional left-back, with Firpo failing to make a significant mark thus far. However, it is in Stoichkov’s comment on Mbappe and Haaland where things get interesting:

“I think that with Barcelona’s system, Haaland can be more effective. But if the coach were Johan Cruyff, I already can tell you that I would sign Mbappe first.”

While his comments initially raise a few eyebrows, it is his explanation which justifies the choice. “He would play without a number nine and he would play with Ousmane Dembele, Mbappe and Messi organising,” said the Barcelona legend.

Barca have long relied on the brilliance of positional play, or Juega de Posicion, ever since Pep Guardiola introduced it in 2008 as an evolution of Cruyff’s Total Football. This style of play requires superiorities in possession across all zones of the pitch.

Moreover, in the attacking third, it primarily requires the use of a False 9 to drop deep into midfield and create a diamond (4 vs 3) possession superiority. This is the main enabler of what most football fans have come to associate Barcelona with: silky smooth, one-touch Tiki Taka.

Keeping this in mind, it does appear that Kylian Mbappe would better suit Barcelona and their style of play. Currently, Lionel Messi is best organising Barca’s creative football from the centre of the park, as the crucial False 9 that such a system most requires.

The perfect accompaniment to Messi’s brilliance would naturally be a rapid, efficient, and quick-thinking winger who can consistently get on the end of the Argentine’s passes and finish chances.

While Ousmane Dembele has both improved his physical fitness and consistency, he is still lacking in his efficiency of output. With Kylian Mbappe marauding the left-flank for Barcelona – and the six-time Ballon d’Or winner acting as the creative force – the team could pose a serious threat to almost any opposition in Europe.

With Haaland, the case is different. While his numbers are perhaps more impressive – having a 0.69 goal-to-game ratio as compared to Mbappe’s 0.66 – Haaland is a player who thrives on intelligent movement in the box and acres of space to get into the box while not being under pressure.

His on-the-ball skill and passing could most definitely use work, though he is a striking specialist, seemingly always in the right place at the right time to finish chances. This can be attributed to his near-perfect movement in the box. These clinical assets are ones that could suit Barcelona tremendously. However, the Frenchman adds an array of attributes that suit Barcelona’s style of play better, while being nearly as clinical as his fellow Norwegian footballer.

While Stoichkov’s preference of Mbappe over Haaland perhaps makes sense, it doesn’t seem that Mbappe will be representing the Blaugrana any time soon, both due to financial reasons and the player’s own personal wishes.

Keeping this in mind, pursuing a star talent like the Borussia Dortmund striker is important for Barcelona; a team that is in need of a clinical goalscorer apart from Messi. Haaland is also only 20 years old and is set to have a bright future of footballing dominance in the years to come. To see him do so in the Garnet and Blue would be a dream for most Cules.