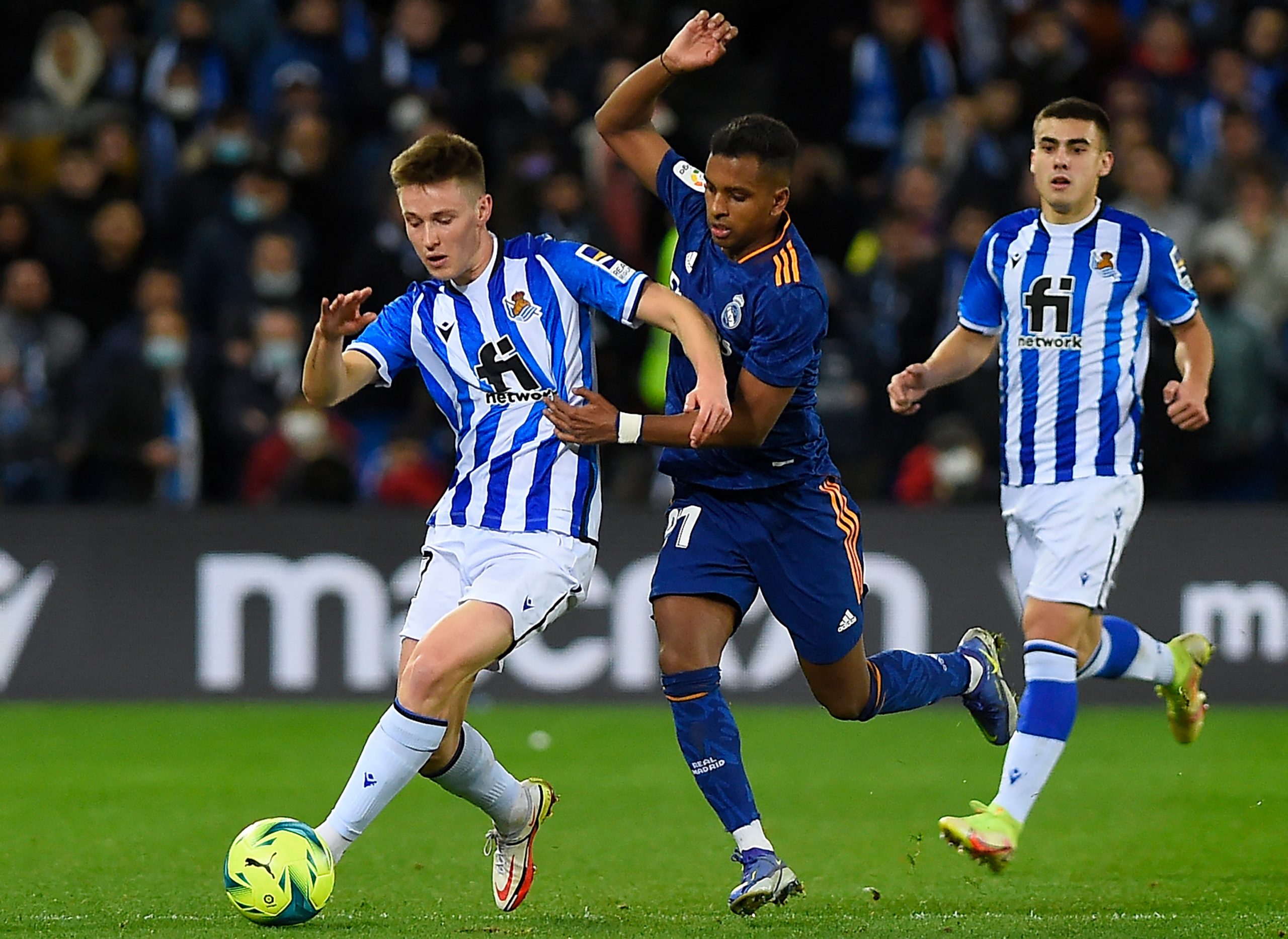 FC Barcelona remain active in the transfer market despite making a bunch of moves over the past couple of months.

Even in the coming weeks, the Catalans are hoping to wrap up a few more players in order to further strengthen their ranks for the season ahead. The likes of Bernardo Silva, Marcos Alonso and Juan Foyth are the players to be linked with a move to Camp Nou lately.

However, according to Mundo Deportivo’s Gabriel Sans, Barça are keeping tabs on other players as well, with the Spanish journalist shedding light on three Real Sociedad players, in particular.

Martin Zubimendi is the undisputed top-choice on the list as the defensive midfielder has been identified as a potential long-term replacement for Sergio Busquets.

But as per Sans, Barcelona are tracking two more Real Sociedad players in the form of Benat Turrientes and Jon Karrikaburu.

Turrientes is a central midfielder by trade, who was handed a promotion to the senior side in the summer. The youngster is coming on the back of an excellent season with the club’s subsidiary squad, with the player notably appearing in 20 matches in La Liga Santander last season.

Karrikaburu, meanwhile, is currently plying his trade with Real Sociedad B. He is yet to earn a promotion to the senior side, but the forward has been rated highly due to his exploits in the youth competitions.

The 17-year-old even made his professional debut at the opening weekend of the new La Liga campaign, featuring as a substitute in the game against Cadiz.

Barcelona are closely monitoring the progress of both the youngsters, although neither of them is likely to join Camp Nou in the summer transfer window. In fact, both the players have a €60 million price-tag, which should be enough to put the Catalans off, for now.