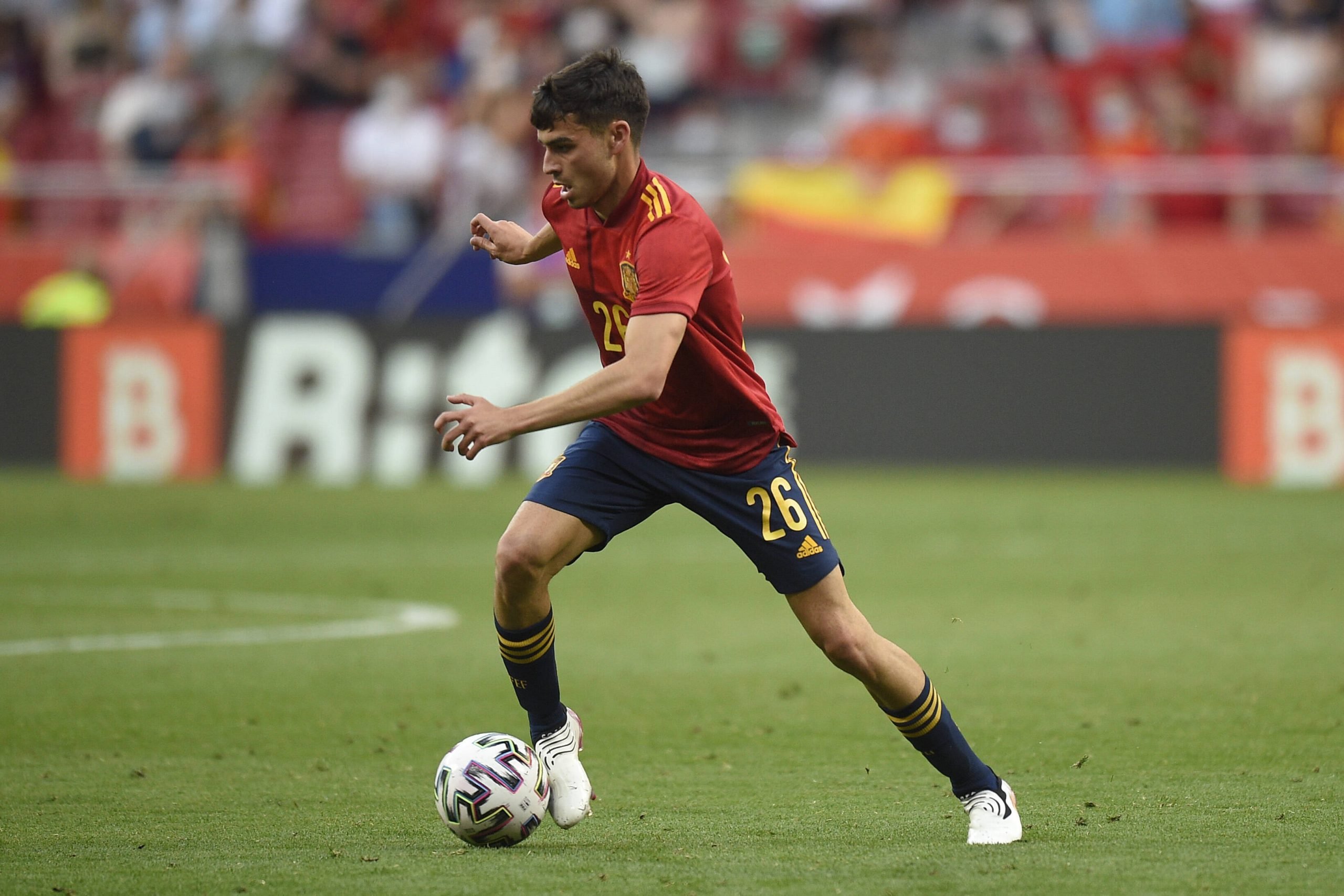 The footballing world and Barcelona fans alike have been taken aback by the leaps and bounds Barcelona youngster Pedro Gonzáles López has made this season. After securing a call-up to the national team for the Euro 2020 tournament, Pedri is now looking to make history.

At the tender age of 18 years, 6 months, and 18 days, Pedri will become the youngest footballer to debut with Spain in the Euros should Luis Enrique call upon his services against Sweden in Sevilla. Despite being blessed with some of the finest midfield talents in Europe, the Spanish manager has shown a fair amount of trust in the Barça midfielder.

Pedri featured in the second half for 45 minutes in the recent friendly against Portugal while starting in the World Cup qualifiers against Kosovo and Georgia. In each appearance, he has demonstrated a level of poise and maturity in his game far beyond his years.

It seems that Enrique is looking to rebuild the Spanish national team by ushering in a new generation with a lot of young faces. Shockwaves were made when his squad was announced for the Euro 2020 tournament as no Real Madrid player was selected. The bullish manager clearly wants to reinvigorate the squad and Pedri could be a crucial piece of this new generation for Spain.

With examples like Xavi Hernández, Andrés Iniesta, Cesc Fàbregas, Sergio Busquets and current manager Luis Enrique, there has always been a Barcelona midfield at the heart of the Spanish national team over the last few decades. Pedri looks to be the heir apparent, the latest example of this rich heritage, that has brought Spain to the pinnacles of football in the very recent past.

The precocious Barcelona midfielder has spoken several times about his specific admiration for Andrés Iniesta; you can imagine an even younger Pedri’s eyes lighting up as he watched Iniesta score that famous goal at Johannesburg over a decade ago and that admiration bleeds into his game today.

While having a slight build, Pedri’s immaculate touch and the eye for a killer pass is very reminiscent of his idol.

Luis Enrique and the rest of Spain will be hoping that this jewel from Tenerife begins to shine this summer and make the same sort of history that his idol made for La Roja.

It is an exciting opportunity for Pedri and he will surely be looking to make his presence known and make history against Sweden this Monday.