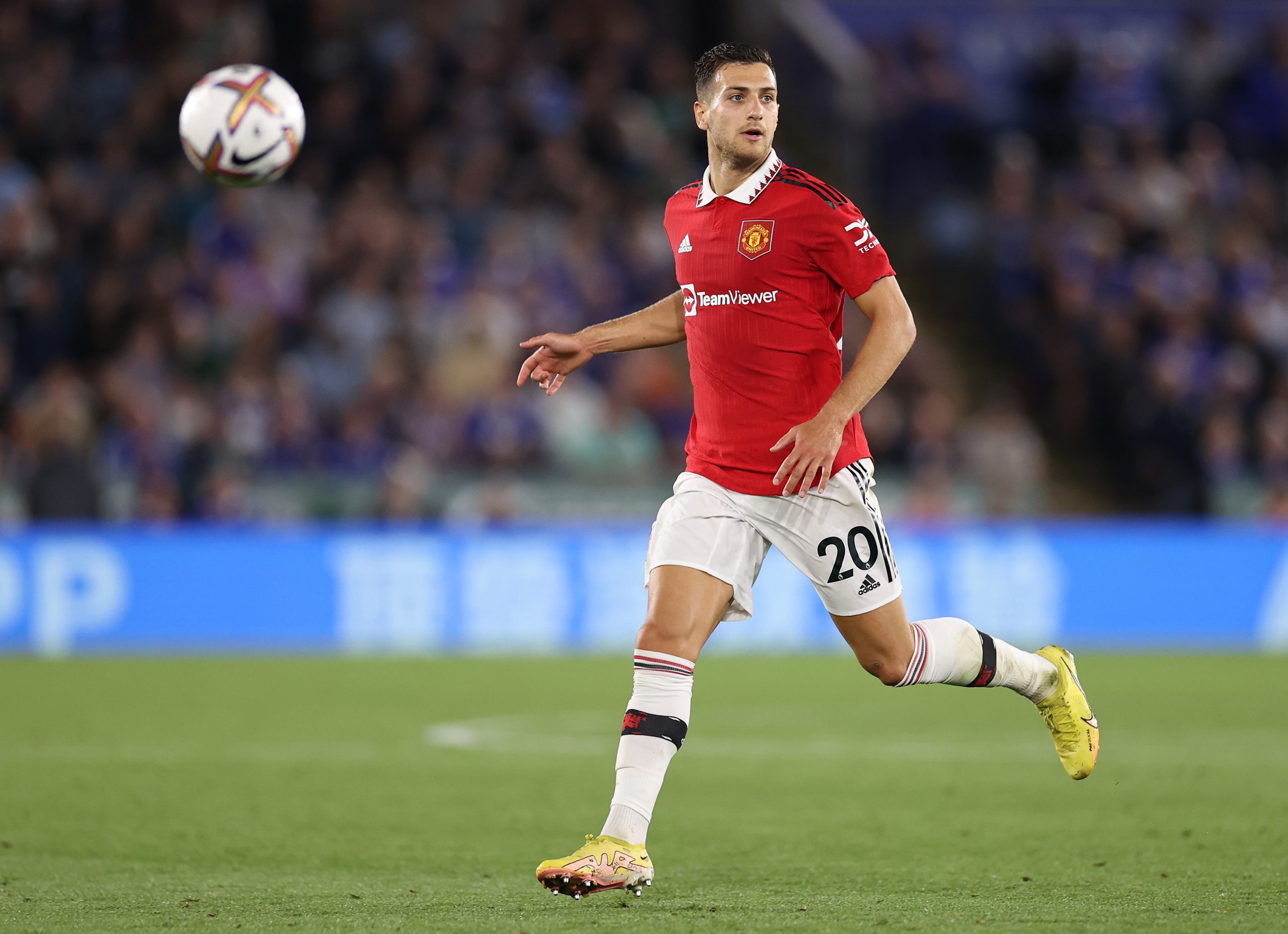 While Barcelona’s summer business has been excellent on most fronts, the need to strengthen the right-back position still continues.

Despite Hector Bellerin coming in on the back of an encouraging season at Real Betis, he remains the only natural option to be deployed in the position.

As witnessed during Barça’s 2-0 defeat against Bayern Munich, Jules Kounde, a centre-back by trade is being used as a right-back by Xavi, especially after Sergino Dest’s loan move to AC Milan.

Keeping that in mind, it has been reported by Fichajes that Xavi has his sights set on reinforcing the right-back position next summer.

While Villarreal’s Juan Foyth was the club’s top priority this past summer, it seems like Manchester United star Diogo Dalot is now currently topping their list of targets.

Considering the Portuguese international’s current contract expires in 2023, the Catalan side are eyeing his signature on a free transfer.

While the Manchester United defender remains a priority, Barcelona will keep their eyes and ears open for any other alternatives.

With Barça being in contention to become the champions of both Spain and Europe for the first time in a few years, it is key to possess strength-in-depth in abundance.

The Blaugrana have the luxury of picking the best possible XI from a number of options in the squad across various positions.

However, this principle simply does not apply to right-back, to the extent that it took a deadline day scramble for the side to get Bellerin in to address an obvious problem.

While only time will tell whether Barcelona continue their pursuit of Dalot, it is likely that a brand new right-back will join the club ahead of the 2023/2024 campaign.