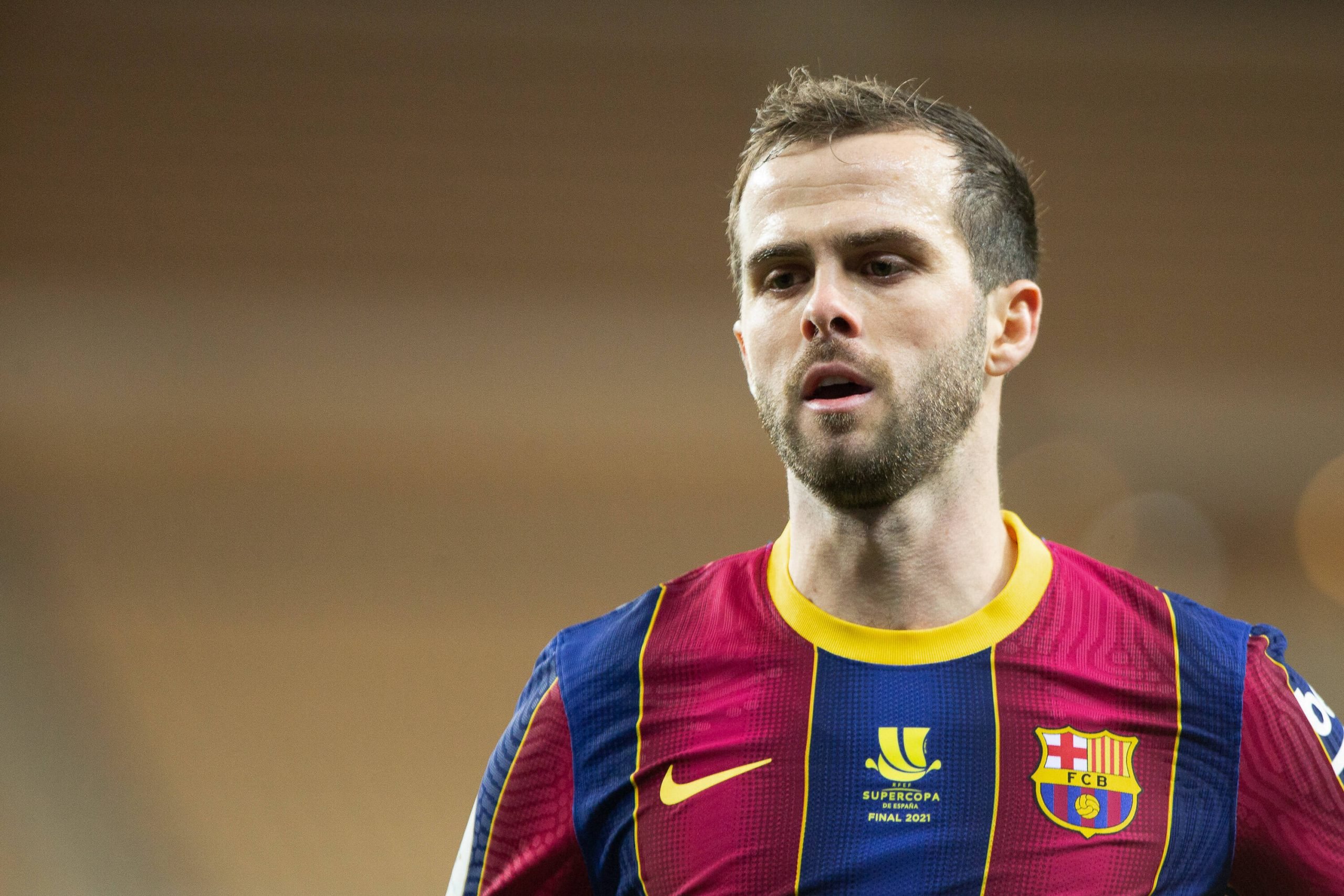 While the headlines continue to be dominated by the contract situation surrounding Barcelona captain Lionel Messi, the Catalan giants are continuing to strive towards cutting down their bloated squad this summer.

Over the past few days, Barcelona have been able to offload three players, as Matheus Fernandes had his contract terminated while Jean Clair-Todibo and Konrad de la Fuente sealed moves away to OGC Nice and Olympique de Marseille respectively.

But more outgoings remain on the cards in the days to come, with Junior Firpo likely to be the next player to depart, amid talks of a transfer to Premier League outfit Leeds United. And, as per a report from SPORT, Barcelona will then be turning their attention towards offloading two midfielders in Miralem Pjanic and Carles Alena as the cost-cutting measures continue.

Pjanic arrived at Barcelona only last summer but has endured a torrid debut campaign, during which two teenagers, Pedri and Ilaix Moriba, were able to push past him in the pecking order of things. With both player and club seeking a parting of ways, it seems like things are speeding up with the Bosnian attracting plenty of interest.

Indeed, former club Juventus are keen on signing Pjanic on a two-year loan deal, but the 30-year-old would probably have to take a pay-cut in order for the move to materialise. In addition, both Inter Milan and AC Milan have also enquired about a loan move for the midfielder, as have Premier League outfit Tottenham. Pjanic, though, has his sights on a return to Turin.

Along with Pjanic, the other midfielder that Barcelona are hoping to offload in the coming days is Carles Alena. A product of La Masia, the 23-year-old has not been able to establish himself in the first-team setup and after a series of loan spells, could finally be departing on a permanent transfer.

However, talks over Alena’s potential departure are progressing closely. The Spaniard wants to sign for Granada, but that would only be a loan move, which will be complicated as his contract with Barcelona ends in 2022. But the Blaugrana remain confident about selling the young midfielder.