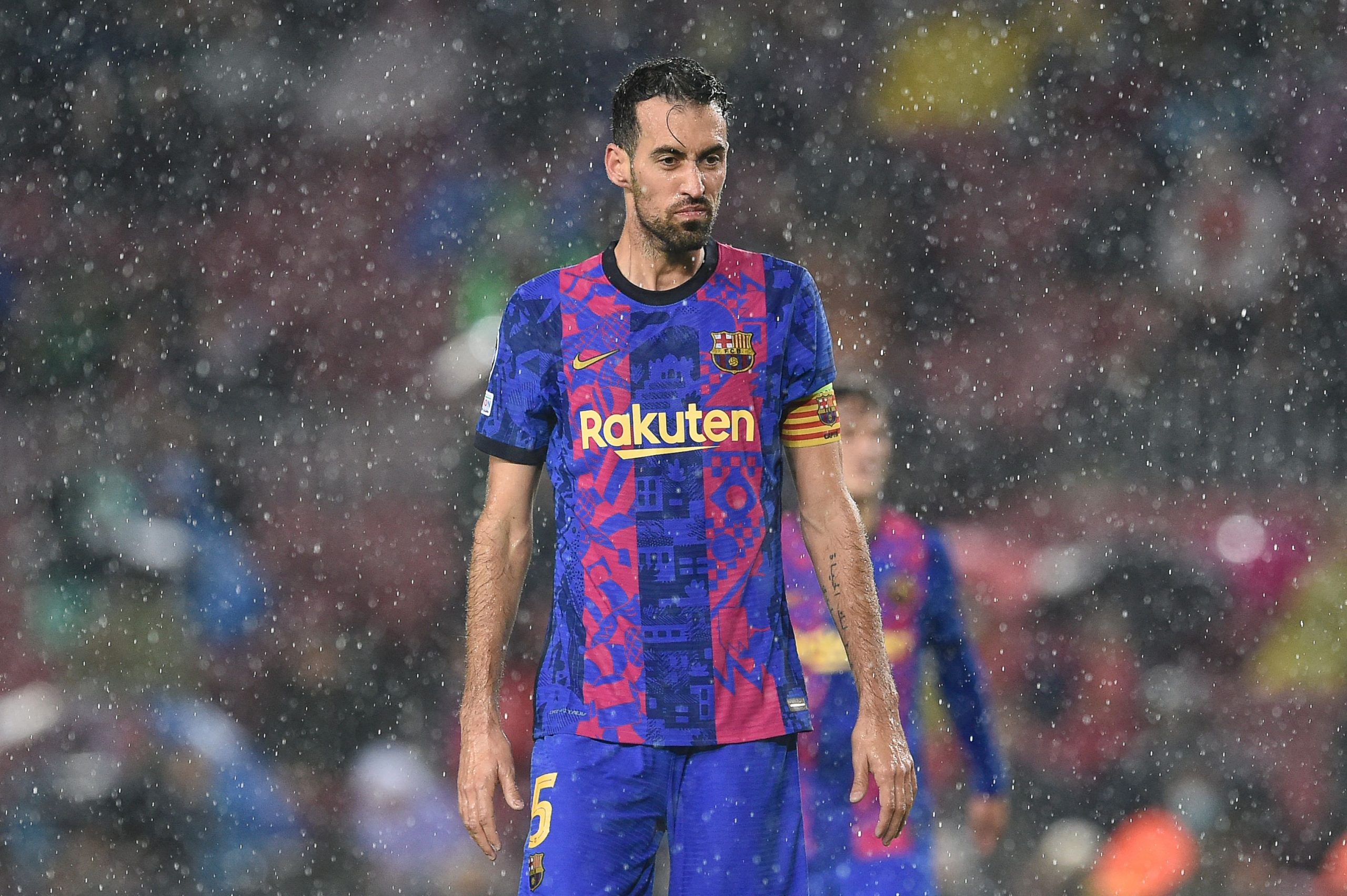 Sergio Busquets has been in top form of late and has been an integral figure in Barcelona’s revival under Xavi Hernandez. While the veteran star is still going strong, he is at the stage of his career where his game-time needs to be managed carefully.

With no proper cover for the 33-year-old in the position, Xavi has had to play him relentlessly, with little rest in between. Given the packed fixture schedule, it might affect Busquets’ fitness and, in turn, his longevity.

So, the time is right for the Blaugrana to put a succession plan in place by signing a new defensive midfielder who can serve as a backup initially before taking over from the current captain in due course.

To that end, Fichajes is reporting that Barça have identified three options to replace Busquets.

The first name on the Catalan giants’ agenda is Wolves’ Portuguese midfielder Ruben Neves. The 25-year-old has been playing at a high level for the English club for close to five seasons now and looks ready for the next step in his career.

It has been claimed that there is contact between Barcelona and Neves’ agent, Jorge Mendes as he ticks all the boxes for Xavi’s side to replace Busquets. However, financial difficulties could prompt the Blaugrana to look elsewhere.

That brings us to the second name on the list in Bayern Munich’s Marc Roca. The former Espanyol midfielder has been on Barça’s radars for a while now and they could now look to take advantage of his situation in Bavaria, where he has hardly played.

The 25-year-old has played just ten times in all competitions this season and looks primed to leave the Allianz Arena in the summer. The major concern regarding the Spaniard would be the fact that he has not played regularly for long now and whether that has had any impact on his game.

The final option on the list, as per the report, is Marseille midfielder Boubacar Kamara. At 22, he is the youngest of the options being considered and would be the cheapest as well, considering that he can be signed on a free transfer as his contract with the Ligue 1 club is expiring.

Despite his young age, the Frenchman has accrued a lot of experience and can be groomed to replace Busquets in the years to come at Barcelona. His availability on a Bosman deal makes him even more appealing, but Kamara is also attracting interest from several other clubs.

So, it remains to be seen who the Catalan giants end up signing in the summer. But the time is ripe for them to bring in a backup for Busquets.