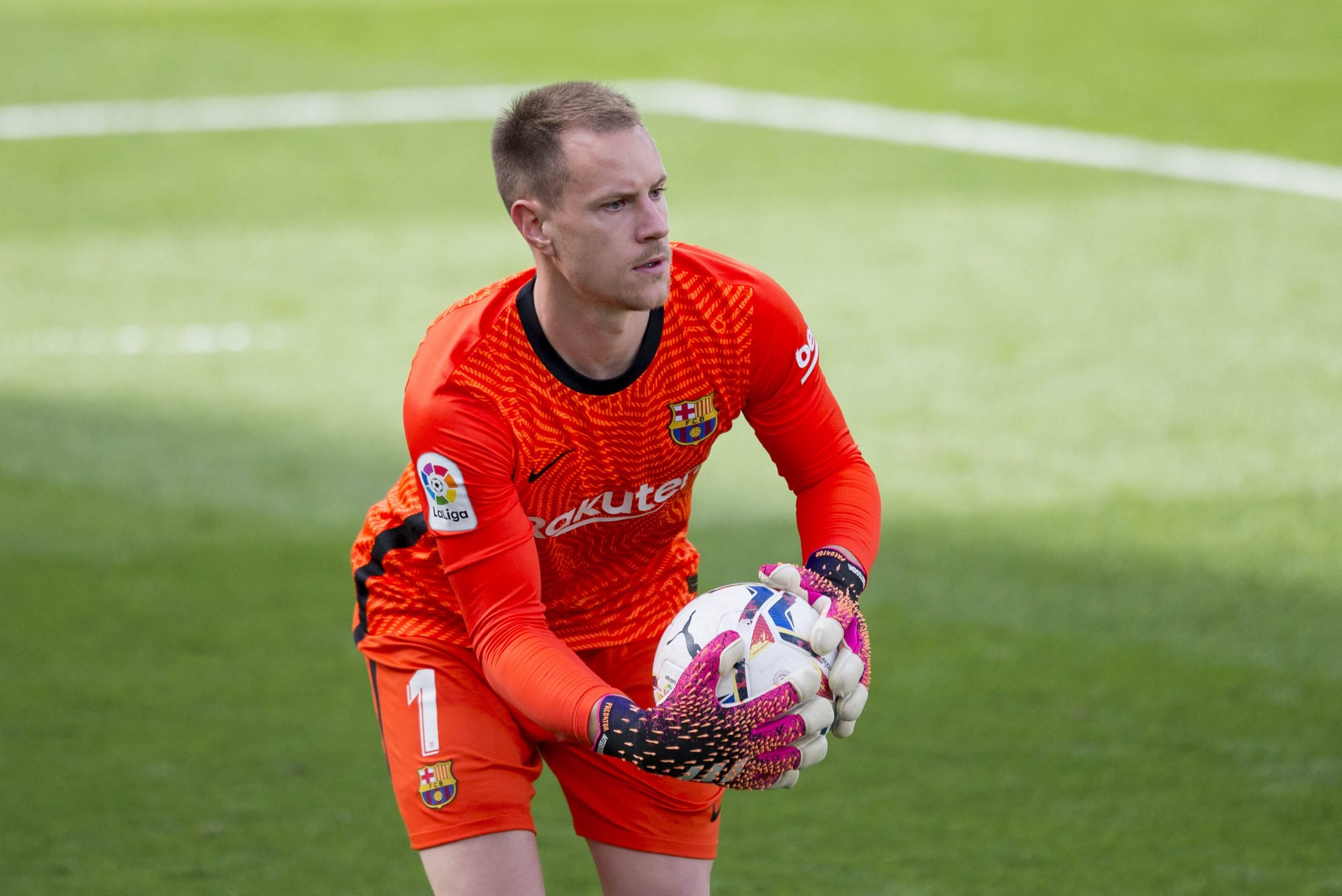 Photo by Xisco Navarro via Imago

With an extremely crucial tie against Atletico Madrid coming up, Marc-André Ter Stegen held an interview with Sport1. The Barça shot-stopper talked about many different points, including the club captain Lionel Messi, Pedri, his contract extension, the possible signing of Erling Haaland, and the newly elected present Joan Laporta.

Amidst all the chaos last summer, Barça managed to renew the German contract until 2025.

“I’ve been here for seven years now, and I feel excellent. The change in the president has brought a little more calm.

“That is good for the club. Barca will continue to be successful in the future, I am convinced of that. For me, the question was not whether I would extend it, but just how long,” said Ter Stegen while expressing his desire to stay at the club for a long period of time.

The complicacies caused by Josep Maria Bartomeu have had a negative effect on the players in the past. His bad deeds have also left a mountainous task for the new president, Laporta, to bring back the club its glory of the past. However, the German hinted that the players have full support in the newly elected President.

“The new president and his deputy are fans of FC Barcelona and convey that to the outside world. When they presented themselves to us, they radiated enormous energy. He made a fire speech and said: ‘Guys, we can do it!’,” said Ter Stegen as he remembered Laporta’s initial address to the dressing room.

He added: “The way he spoke to us, it totally carried me away. I even get goosebumps talking about it now. Because when you think of a president, you usually have a sublime person in your head who hovers over everyone and doesn’t let anyone get near you.”

“Laporta is just the opposite. He is very approachable and exudes incredible energy.”

Among all the chaos created due to Bartomeu’s decisions, the biggest of them was probably Messi wanting to leave.

When asked about the Argentine’s future, Ter Stegen said: “He’s the best player of the last few years for FC Barcelona. He is the maximum. Of course, it would be a loss for FC Barcelona if he left. In the end, only he can decide whether to stay or not.”

The probable plans to sign Haaland have been circulating for long in the Catalan media. The German shot-stopper has been in awe of the Norwegian marksman ever since he has seen him.

“His style of play and goal will be impressive. When you see videos in which he runs from the very back to the front in a full sprint and cleans the thing with all his might, then that’s amazing. It’s pure will, you can’t train that. Either you have this will or you don’t. Haaland would make any team in the world better,” said Ter Stegen in praise of the BVB striker.

The former Monchengladbach man added “But that doesn’t mean that he won’t stay in Dortmund. BVB is a very well-run club in which an excellent job has been done in recent years.

“Why shouldn’t he stay there for another year? That would by no means be a step backward. If he leaves, his new team would have an amazing striker for the next ten years.”

The Catalan let go of a lot of older players this season without buying replacements for most of them. Ronald Koeman has relied on players from B-team and the academy to fill up the spots. Most of the promoted players have been exceptional and have shown that they are here to stay.

“It is remarkable that the boys are already playing at a top-level at this age. Pedri has been playing almost every game for weeks. It’s crazy for a young guy like that. The boys have more energy than us older players.

“If you ask them how they’re doing the day after the game, they’ll say, ‘Great. Come on, let’s play outside! ‘. Development has already taken place (laughs). If we go back a few years, young talents like Mario Götze were the exception. It’s different today,” answered the Barça keeper when asked about the plethora of young talent in the squad at the moment.