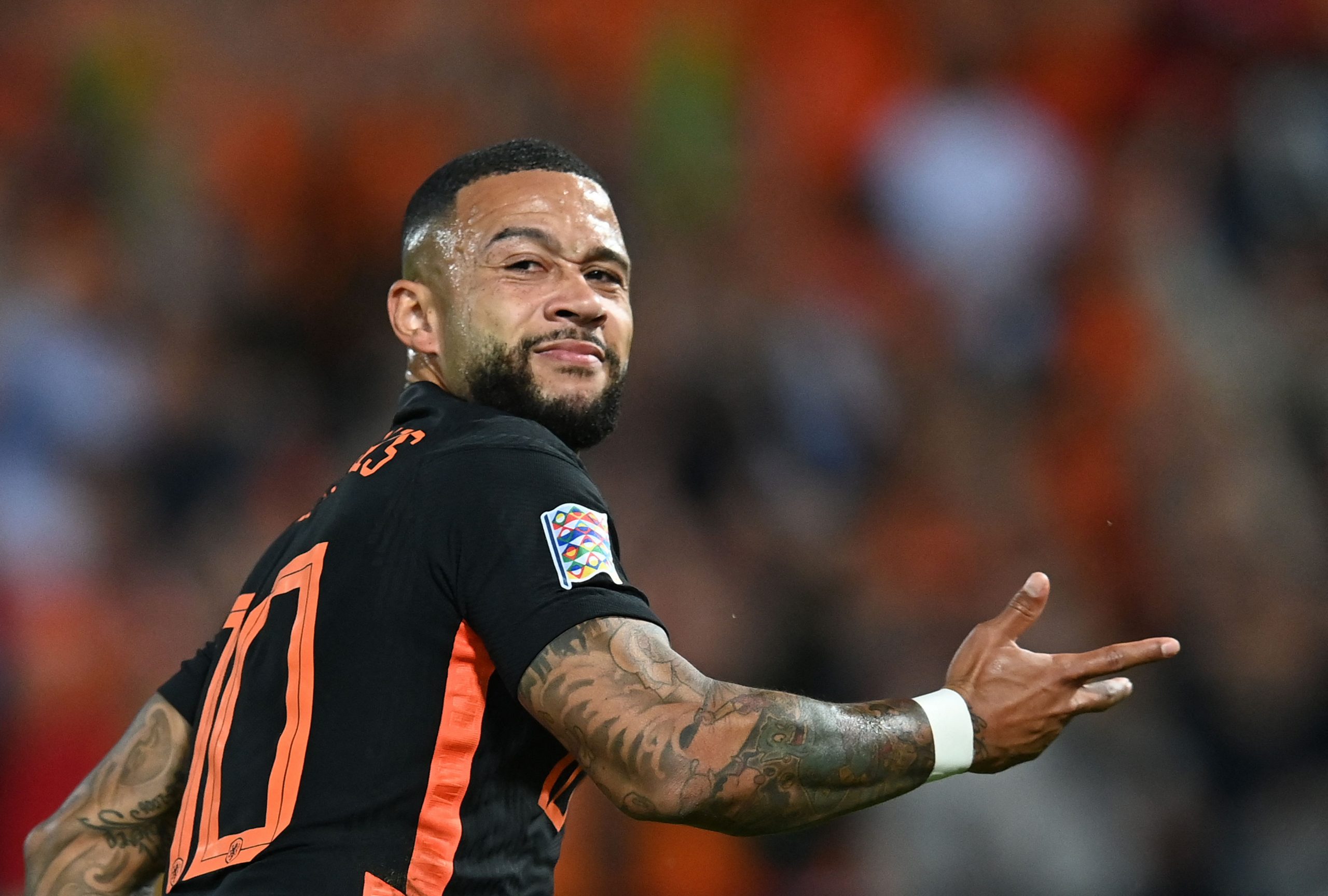 Signed on a free transfer last season, Memphis Depay did not go on to have the season many expected from him at Barcelona.

While he ended up the top scorer of the team with 12 goals, Memphis did not get the supporting cast he needed to lead the team to trophies. While a player of very high calibre, he probably does not fit Xavi’s mould of a striker.

Consequently, his future is uncertain. According to SPORT, Barcelona have frozen any decision on Memphis’ future until July. The Dutchman has a year on his contract, and will only be sold if an irrefutable offer comes to shore.

The report claims that while Xavi is looking for a back-to-defence striker like Robert Lewandowski, he appreciates Memphis’ versatility and is not opposed to him staying.

However, he will be a free agent in June 2023 and free to negotiate with any club starting in January. As such, Barcelona want him to sign a contract extension should he stay the club beyond this summer.

That will allow them the chance to sell him for a profit ahead of the 2023/24 season.

Currently, Barça are in pursuit of Lewandowski, who is being held at Bayern Munich against his will. If he does not switch Bundesliga for La Liga in the summer, Memphis will be the only other striker apart from Pierre-Emerick Aubameyang left at the club.

Not to forget, Ousmane Dembele’s future is uncertain as well, while Ansu Fati is likely to be a perpetual risk having recently recovered from a career-ending injury.

There are several players in the squad whose futures are uncertain, and fans can expect this transfer window to be the longest of their lives.