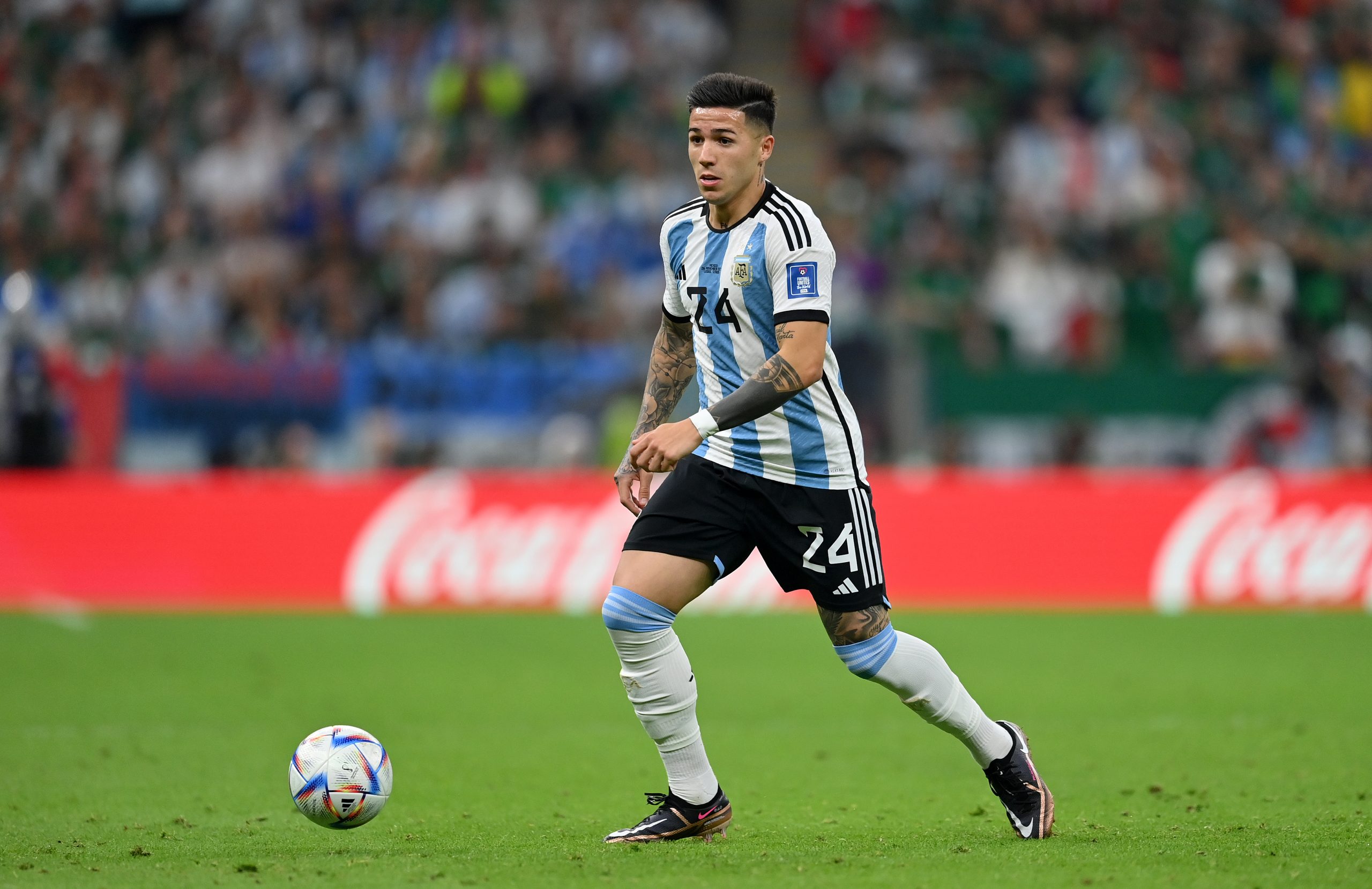 Enzo Fernandez has been turning a lot of heads with his performances for SL Benfica since joining the club from River Plate in the summer. The 21-year-old has also performed well for the Argentine national team at the FIFA World Cup 2022.

Naturally, the central midfielder, who can play in multiple roles in the middle of the park, has been attracting eyeballs from several top clubs across Europe.

And, according to SPORT, Barcelona are one of the clubs interested in signing Enzo Fernandez. But they have now been joined by arch-rivals Real Madrid in pursuit of the former River Plate prodigy.

Barcelona are in the market for reinforcements in the centre of the park as Sergio Busquets edges closer to an exit from Spotify Camp Nou. And Fernandez has been identified as one of several possible replacements for the club captain.

The Catalans have had their eyes on the Argentina ace for a while now and could have signed him over a year ago. However, the club’s financial situation meant that the interest was not followed up on.

Fernandez joined Benfica this past summer, arriving on a deal worth around €15 million, with the Portuguese giants acquiring 80% of his rights. He signed a contract with the club until the summer of 2027, with a release clause of €120 million embedded in it.

The ex-River Plate ace is back on the radars of Barcelona, but they have been joined by Real Madrid, who view the 21-year-old as a possible Plan B if they miss out on top target Jude Bellingham.

Given the duration of his contract and his growing value due to his performances for club and country, Fernandez is likely to command a significant transfer fee if Barcelona or Real Madrid decide to act on their interest next summer.

As a result, Barcelona see the Argentine’s signing as a difficult one to pull off and are looking at alternatives.