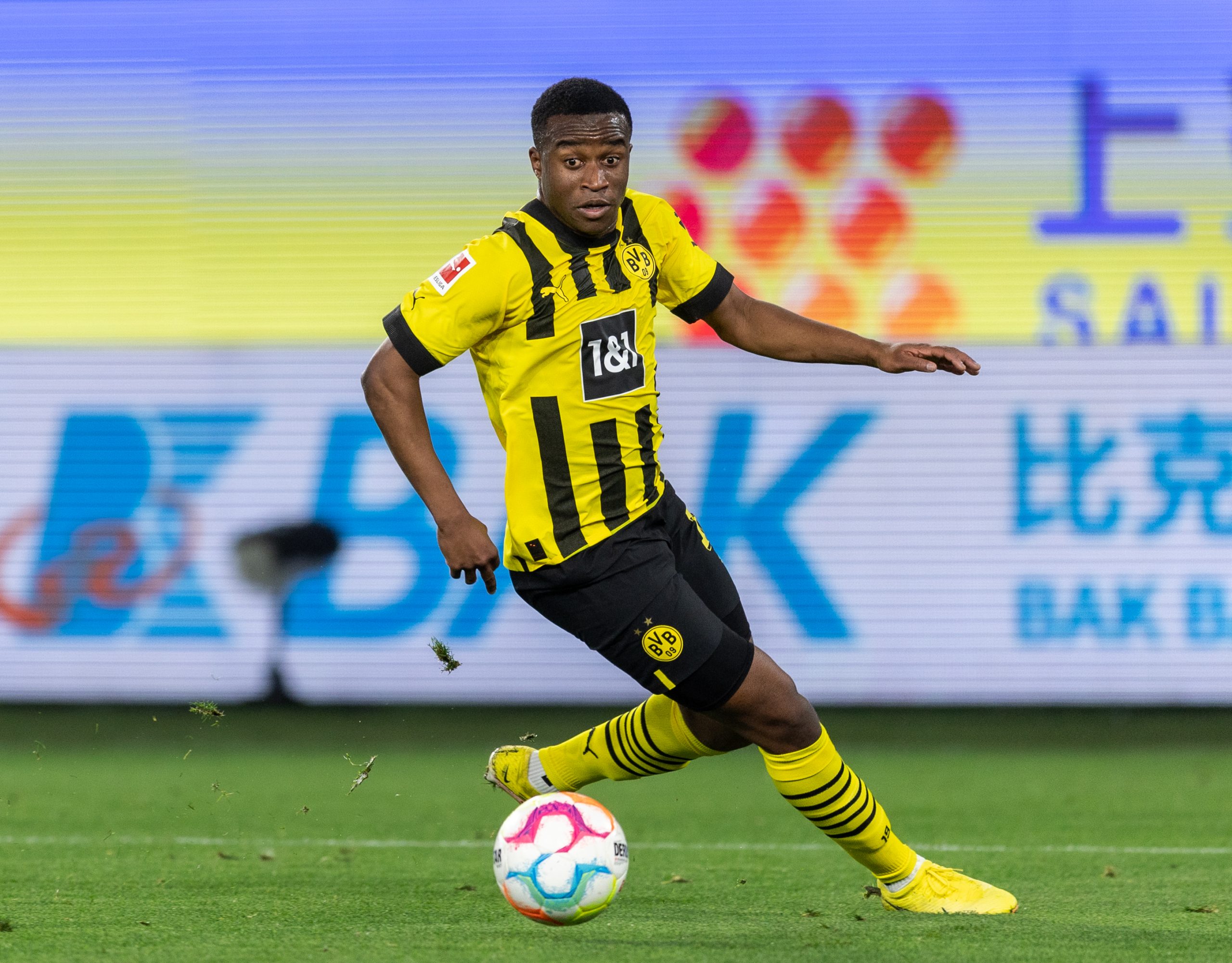 Youssoufa Moukoko is seemingly becoming one of the hottest prospects in the transfer market lately.

At the age of just 17, the youngster has enjoyed a breakthrough season at Borussia Dortmund so far. He has been directly involved in 12 goals in 22 competitive outings, which has been useful for a Dortmund side currently without their main frontman Sebastien Haller.

Moukoko’s performances have not gone unnoticed, with the youngster notably being called up for the German national team for the upcoming FIFA World Cup 2022.

It appears European giants such as Barcelona and Real Madrid are also closely monitoring the situation of Moukoko, whose current contract at Dortmund expires at the end of the season.

However, according to Gerard Romero, Barcelona are set to face fresh competition from Bayern Munich in the pursuit of Moukoko. It appears the Bundesliga giants are keeping close tabs on the young forward and are in with a chance of snapping him up.

Bayern are no stranger when it comes to poaching players from their rival teams. They have signed the likes of Mats Hummels, Mario Gotze, Dayot Upamecano and Robert Lewandowski from Bundesliga rivals over the past decade or so. They have now set their sights on Moukoko.

This spells trouble for Barcelona, who are among the clubs keen on acquiring the German’s services on a free transfer in 2023. Moukoko, after all, could be an ideal strike partner for Lewandowski next season, especially with Raphinha and Ansu Fati providing additional support.

That said, it will not be a walk in the park for Barça or any other club to lure Moukoko away from Dortmund. The two parties share a good relationship and it is believed that the Germans are expected to do everything they can tie down the player to a long-term contract.