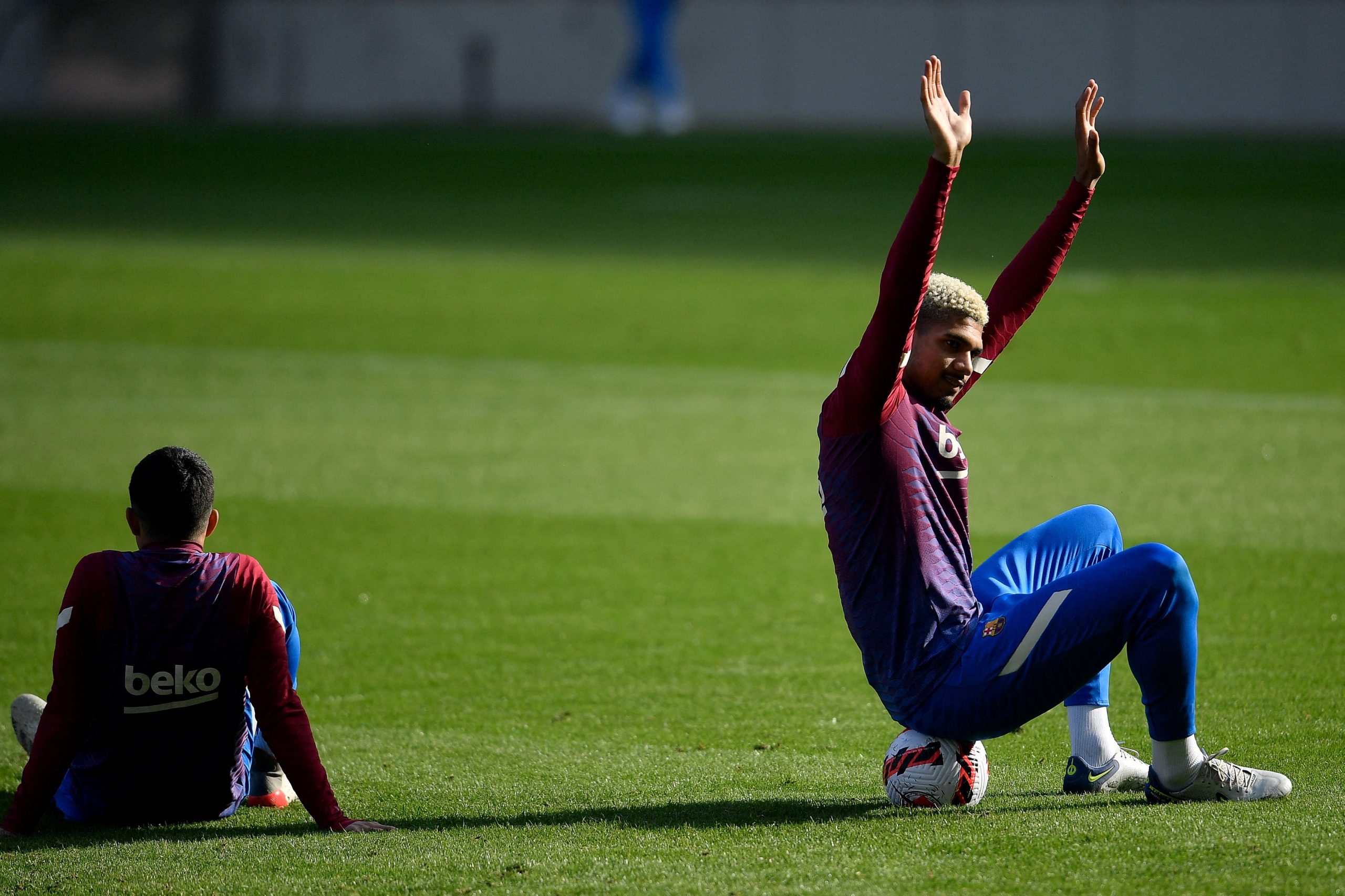 Barcelona’s plans for the ongoing January transfer window are set for a big change after the events on Wednesday night.

The Catalans, playing lower league outfit Linares Deportivo in the third round of Copa del Rey, saw key defender Ronald Araujo pick up a wrist injury in the first half, forcing him off the field at half-time.

After tests and scans, it has been confirmed that the Uruguayan defender has fractured his wrist and will be requiring surgery. It has meant that the Catalans are now set to be without the services of their key defender for an extended period.

Araujo has been one of Barça’s best players this season. An ever-present in the side under Ronald Koeman and Xavi Hernandez, the 22-year-old has featured 21 times in all competitions, even chipping in with a couple of goals.

His injury leaves Xavi with Gerard Pique, Eric Garcia, Clement Lenglet, Oscar Mingueza and Samuel Umtiti as options in defence. However, among these, Mingueza has largely been utilised as a full-back, whereas Umtiti is expected to be his way out as well.

With Eric Garcia yet to make a solid enough impression, SPORT reports that Barcelona will now enter the market for a new centre-back to make up for Araujo’s injury-enforced absence.

A move for Juventus superstar Matthijs de Ligt has been discussed in the recent past, although the club’s financial situation makes a move for the Netherlands international difficult this month.

Barcelona have already signed Ferran Torres from Manchester City but are facing problems with his registration. A new No. 9 is also believed to be a priority for the January window, which makes the signing of a centre-back even more complicated.

So, it remains to be seen how the Blaugrana decide to navigate the situation. The club could look at the possibility of bumping up promising Barcelona B defenders Mika Marmol and Arnau Comas to the senior team in case signing a new player becomes an issue.