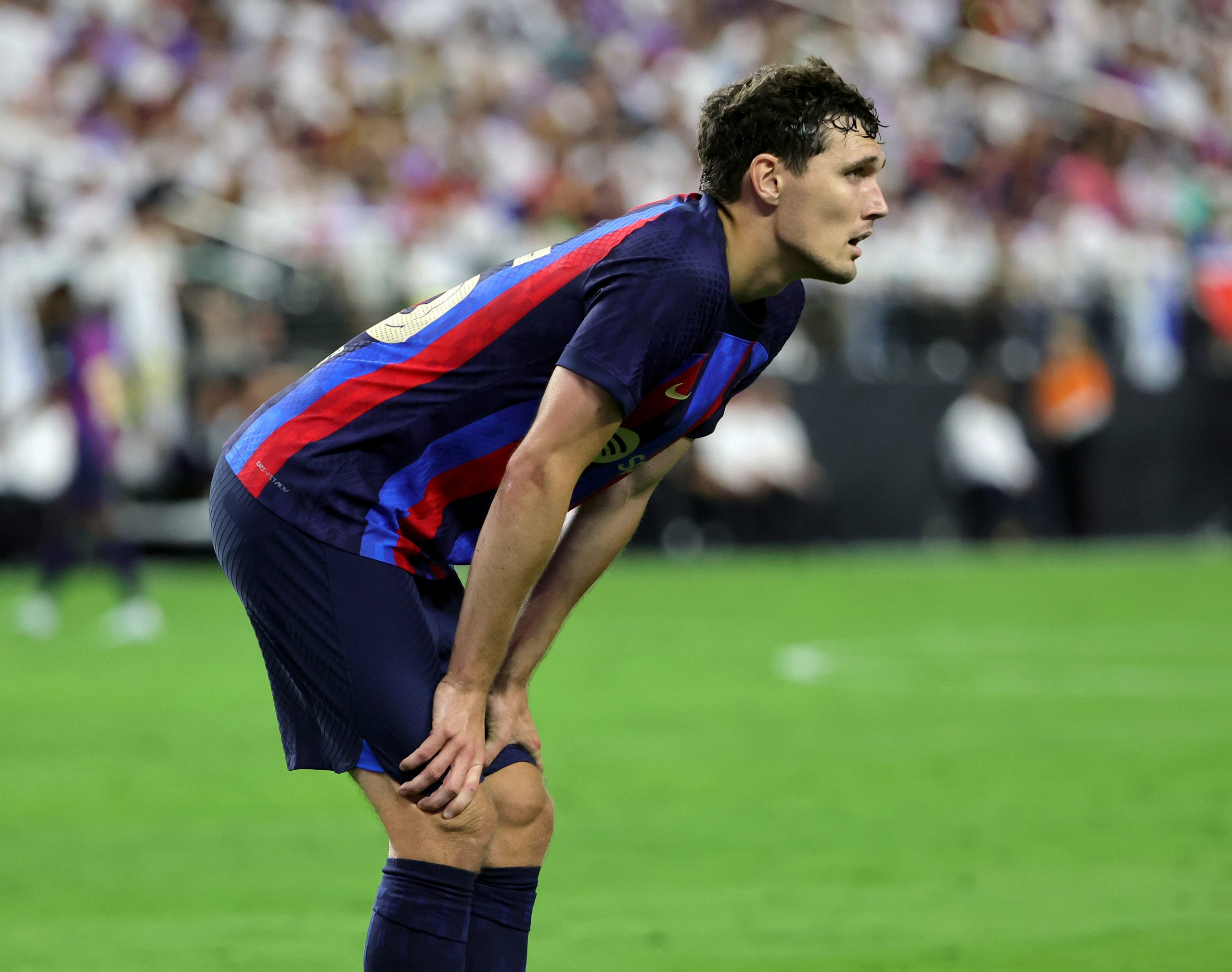 Barcelona had a disappointing start to the 2022/23 La Liga campaign, drawing goalless with Rayo Vallecano.

It was a frustrating evening for the Catalans, who failed to create too many clear-cut chances and were simply not decisive enough in front of the goal. To add more salt to the wounds, Sergio Busquets was sent off late in the game.

The veteran midfielder will be unavailable for Barça’s upcoming game against Real Sociedad, causing a real headache for Xavi.

In light of the poor result, the Barcelona coach might look to employ a change of formation against Sociedad. According to Javi Miguel, there is a possibility Barça start with a 3-4-3, employing a three-man defence that should hand them better control in possession.

Miguel suggests Andreas Christensen is in line to start once again as Barcelona continue to miss out on Jules Kounde. The Frenchman has not yet been registered by the club due to their inflated workforce costs.

While the situation has left Kounde frustrated, Barcelona have no option but to continue with their limited options at the back.

The presence of Christensen could be vital at the heart of the Barcelona backline. The Dane is known for his intuition and ability to read the game.

He has played as a defensive midfielder in the past as well, meaning he can operate as an auxiliary number six, if required. Such qualities could prove to be handy, especially in the absence of Busquets.

Ideally, we can expect Eric Garcia to be deployed on the left of Christensen in the back-three, with Ronald Araujo on the right. The midfield, due to the lack of any natural full-backs, will likely shape up as a diamond, with Miralem Pjanic as the anchor.

However, it will be equally interesting to see if Xavi continues with a 4-3-3, with someone like Frenkie de Jong operating in the number six slot.