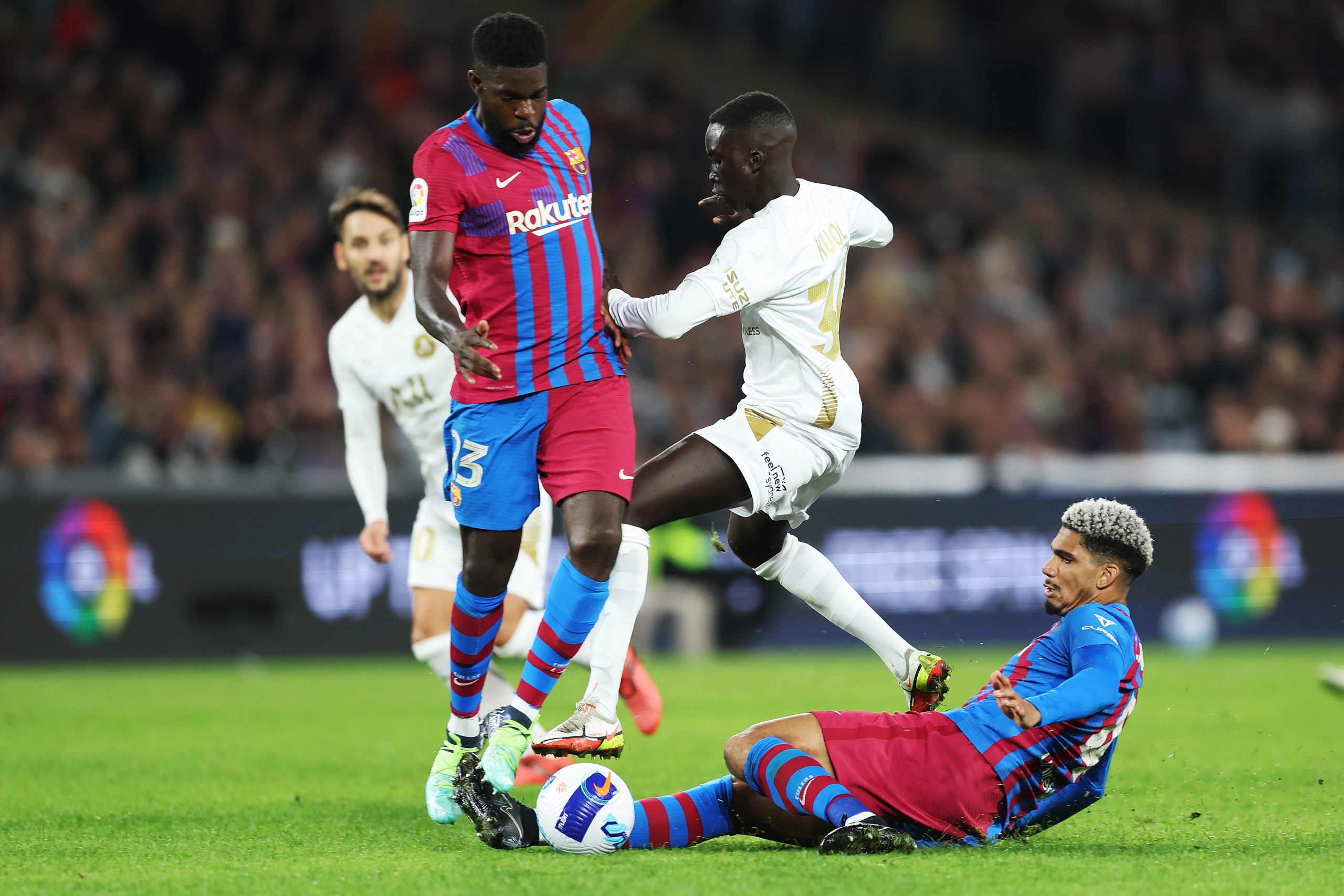 Barcelona and Lecce have reached a full agreement over a loan deal for out-of-favour defender Samuel Umtiti, reports Fabrizio Romano.

The Italian journalist claims that the deal is all done and sealed, with the French centre-back set to join the Serie A minnows on a temporary deal until June 2023. He will travel to Italy this week to complete his medicals and make the switch official.

Umtiti’s future has been a major issue for Barcelona for a while now. The Catalans tried to sell him last summer but decided to give him another chance, which proved to be a waste as he played just one in 2021/22.

Chances of a January exit were scuppered due to an injury, and for a long time this summer, the Catalans have struggled to find a suitor for the 2018 FIFA World Cup winner.

Indeed, there has not been a lot of interest in Umtiti due to his sketchy injury record and high wages. A move to Rennes was touted but fell through allegedly due to failed medicals.

However, having put it behind him, Umtiti is now set to move to Italy, where he will play for Lecce. Talks between the two clubs had advanced over the past few days and it only seemed a matter of time before an agreement was finalised.

While it was initially believed that Barça would be paying Umtiti’s entire salary, recent reports indicate that Lecce will stump up a small part of his wages. Along with that, the Italians will be paying the La Liga giants bonuses based on the number of appearances made by the Frenchman.

With the medical set for this week, Umtiti will finally have an escape route from his Barcelona purgatory as he looks to restart his career afresh. A good season on loan could help him attract more suitors next year, which would prove beneficial for the Blaugrana as well.