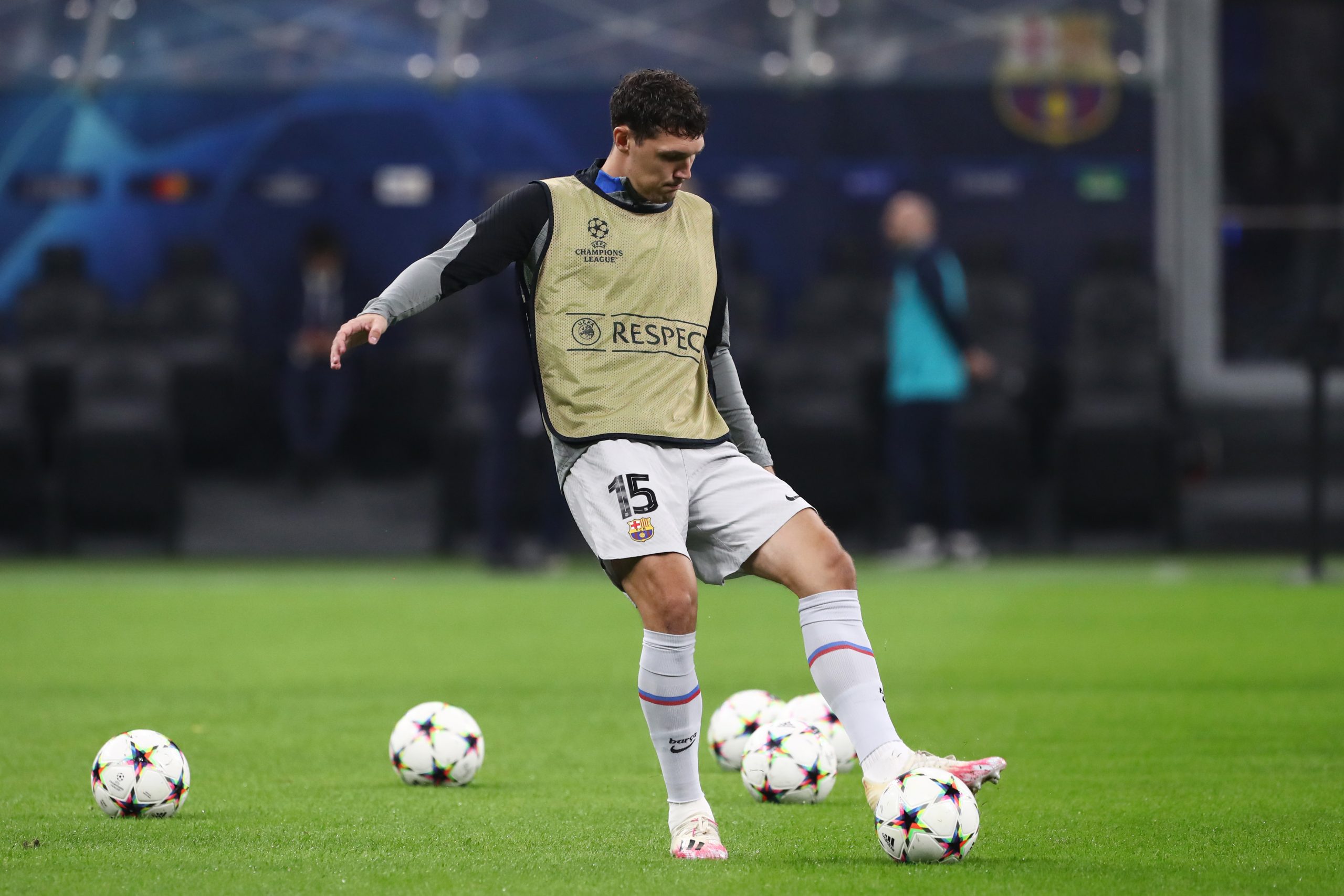 Barcelona’s defensive contingent continues to be hit by injuries one after the other. Last month saw the Blaugrana lose Jules Kounde, Ronald Araujo and Hector Bellerin to injury woes.

Now, another defender in Andreas Christensen has been sidelined with an injury. The 26-year-old Dane suffered a sprain in his ankle ligament during Barça’s 1-0 loss to Inter Milan at the Giuseppe Meazza on Tuesday night.

The club confirmed the same following the game and after tests were conducted on the centre-back earlier today, Javi Miguel of AS is reporting that Christensen’s injury is worse than initially expected.

The journalist had earlier claimed that the former Chelsea ace could be ruled out for three works at most. However, following the tests conducted earlier on Wednesday, it has been determined that Christensen has suffered a grade two sprain in his left ankle.

It could keep the centre-back out of action possibly for up to a month, which could mean that he might not play for Barcelona again until after the FIFA World Cup.

This development is certain to come as a huge blow for Xavi Hernandez and Barcelona. Araujo is already ruled out for at least two months, meaning that he will only be back after the World Cup in Qatar.

There is some optimism surrounding Kounde’s situation, as he was spotted in training with the team earlier this week. The Frenchman is expected to be in contention for selection for the first El Clasico of the season against Real Madrid on October 16.

Until then, however, Barça will have to make do with just two senior centre-backs in the form of Eric Garcia and Gerard Pique. The latter has hardly played regularly this season and was relegated to the position of fifth-choice centre-back this season.

But the veteran star looked good against Mallorca over the weekend and did well in the minutes he got against Inter last night. And, Xavi will once again be relying on the 35-year-old in the upcoming matches.