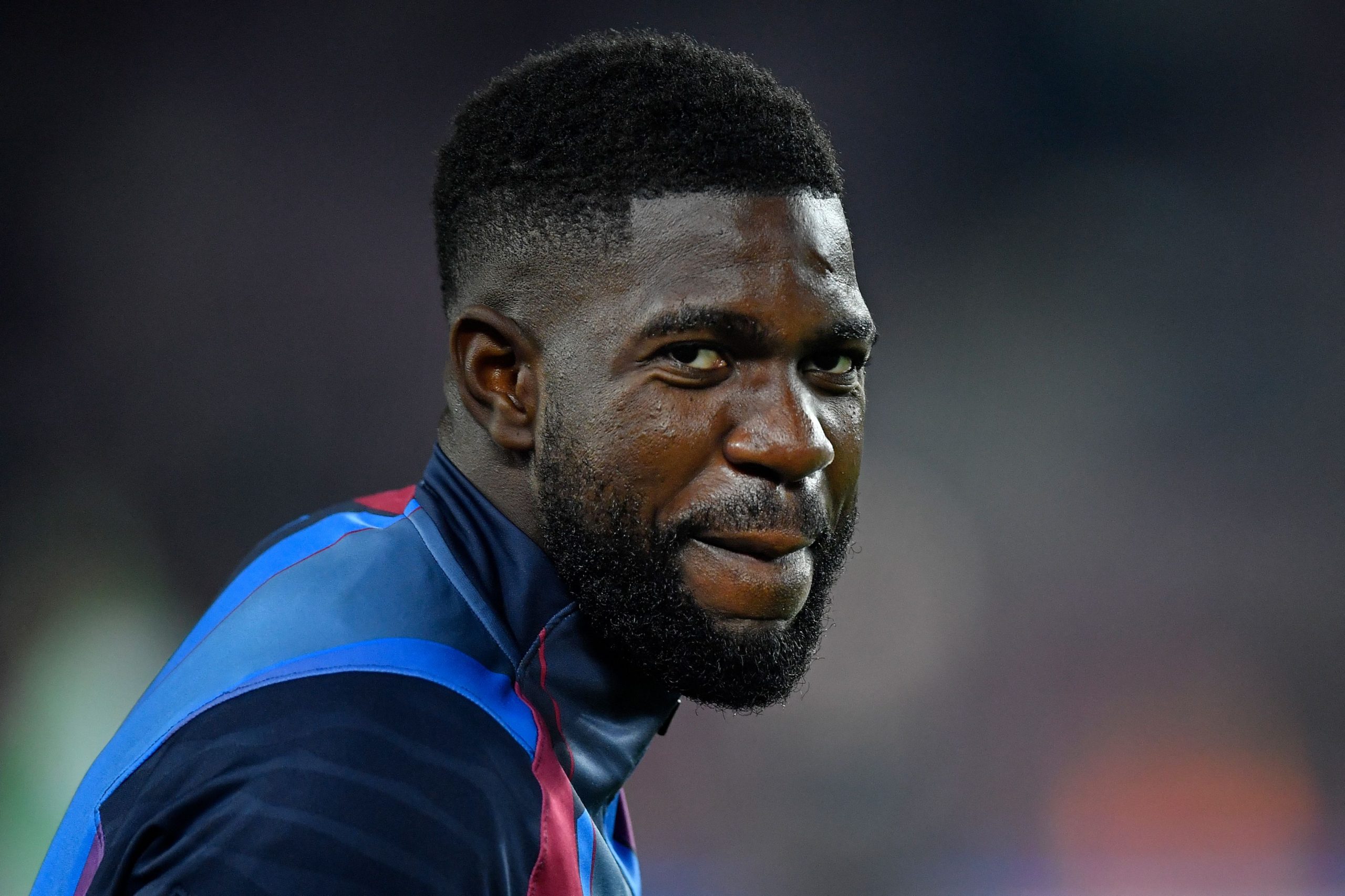 With a few weeks remaining until the new season gets underway, FC Barcelona are actively looking to sanction the exit of their fringe players in an attempt to create some space in the squad.

Memphis Depay has been in the news lately, with the Dutchman reportedly in contention to be included in the deal involving Jules Kounde.

Martin Braithwaite has been attracting interest from clubs across Europe as well, including Getafe and Rayo Vallecano.

While one would expect Barcelona to not face many difficulties in sanctioning the sale of these two players, they are facing potential roadblocks in their bid to offload Samuel Umtiti.

That is according to Gerard Romero, who suggests the Frenchman could find it difficult to attract suitors due to his injury issues, including his knee problem that has haunted him in the past.

The former Lyon starlet was even close to joining Stade Rennais earlier in the summer, with their coach Bruno Genesio keen on a potential reunion with the Frenchman.

However, the move did not materialise as the Ligue 1 outfit started having doubts over his fitness record and whether or not he will be able to retain his fitness all season around. Although they are yet to sign the alternative, the deal to sign Umtiti is apparently off.

Rennes are not the only outfit to question Umtiti’s fitness record and it appears Barcelona could be in for a hard time if they are to sanction the sale of the central defender.

With just a few weeks left until the start of the new season, time is running out for Barça and considering the high expenses of their workforce, it will not come as a surprise to see them handing Umtiti a letter of freedom, in order to fast-track his exit from Camp Nou this summer.