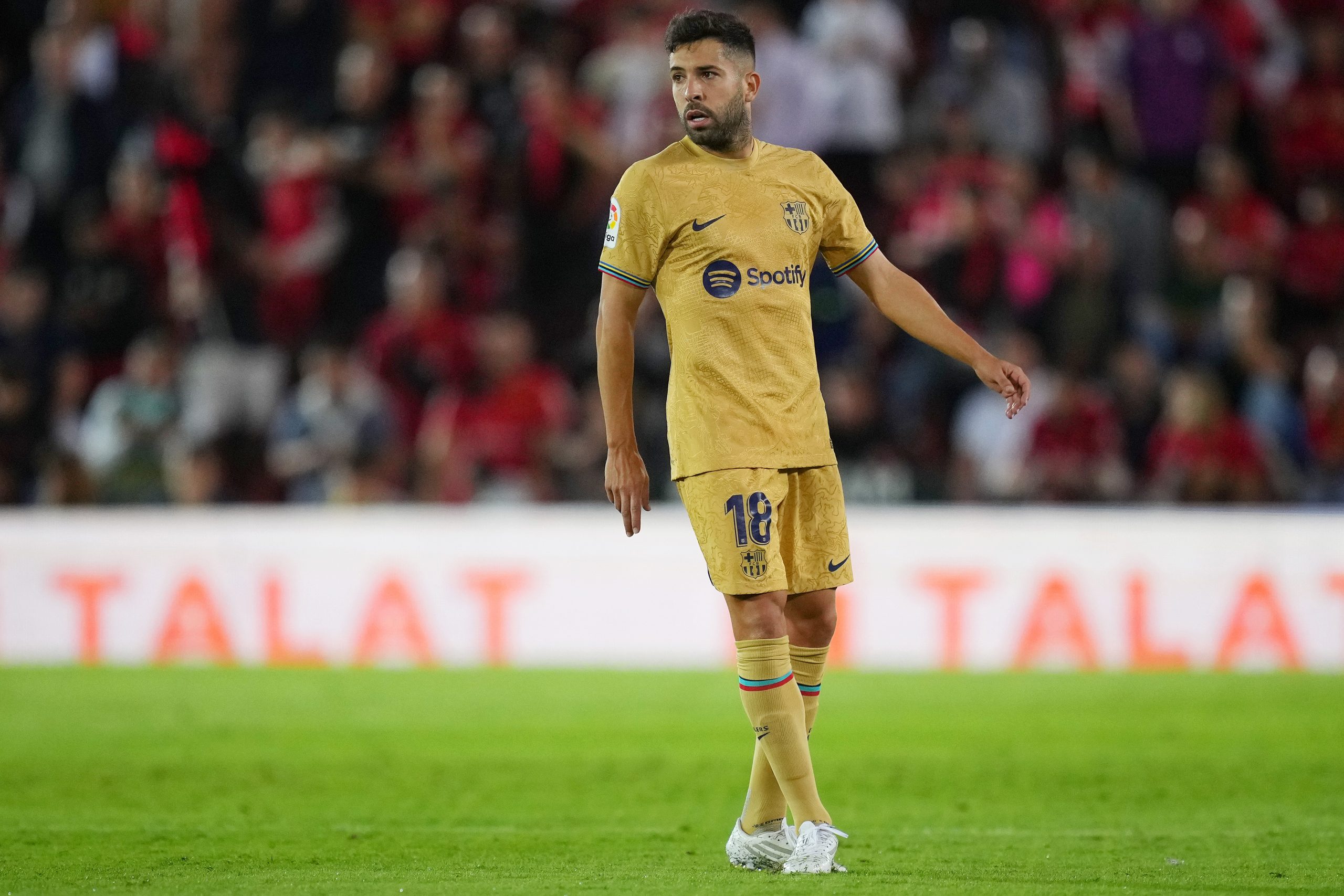 In the summer, it seemed like Barcelona were ready to let Jordi Alba join Inter Milan.

However, the club legend ended up staying put at Spotify Camp and so far this season, he has been a peripheral figure in the side’s success.

In the Catalan giants’ latest 3-0 victory against Villarreal, Xavi decided to entrust the Champions League winner with a starting berth at left-back and the decision paid off.

The Spanish international was electric down the left flank, with his incisive movement beyond the backline and pinpoint delivery causing Unai Emery’s side a world of problems.

For Robert Lewandowski’s opener, the 33-year-old got on the end of a sublime Pedri through-ball to put in an inch-perfect cross for the in-form striker to put in the back of the net.

As per a report by SPORT, Jordi Alba was ‘overjoyed’ by his sparkling display on Thursday night.

However, it has been mentioned that the veteran was even more content about Barcelona’s all-round excellent showing against Villarreal, especially after suffering successive setbacks against Inter Milan and Real Madrid.

It is stated that Alba is a firm believer in the fact that unity in times of such tough times is key for a team to overcome adversity. Perhaps this positive mindset is exactly why the decorated left-back is one of Barça’s four captains.

As things stand, it remains a long shot that Xavi’s side will qualify for the Round of 16 of the 2022/2023 Champions League campaign.

In addition, a 3-1 loss in El Clasico was a harsh reality check about the fact that Barcelona are still some way off being in and amongst the very elite, despite coming off a summer of bringing in a host of big names.

Alba, despite being marginalised this season, showed against Villarreal that he still has a lot left in the tank to offer. Whether Xavi continues to count on the veteran defender or Thursday’s game was a one-off remains to be seen.