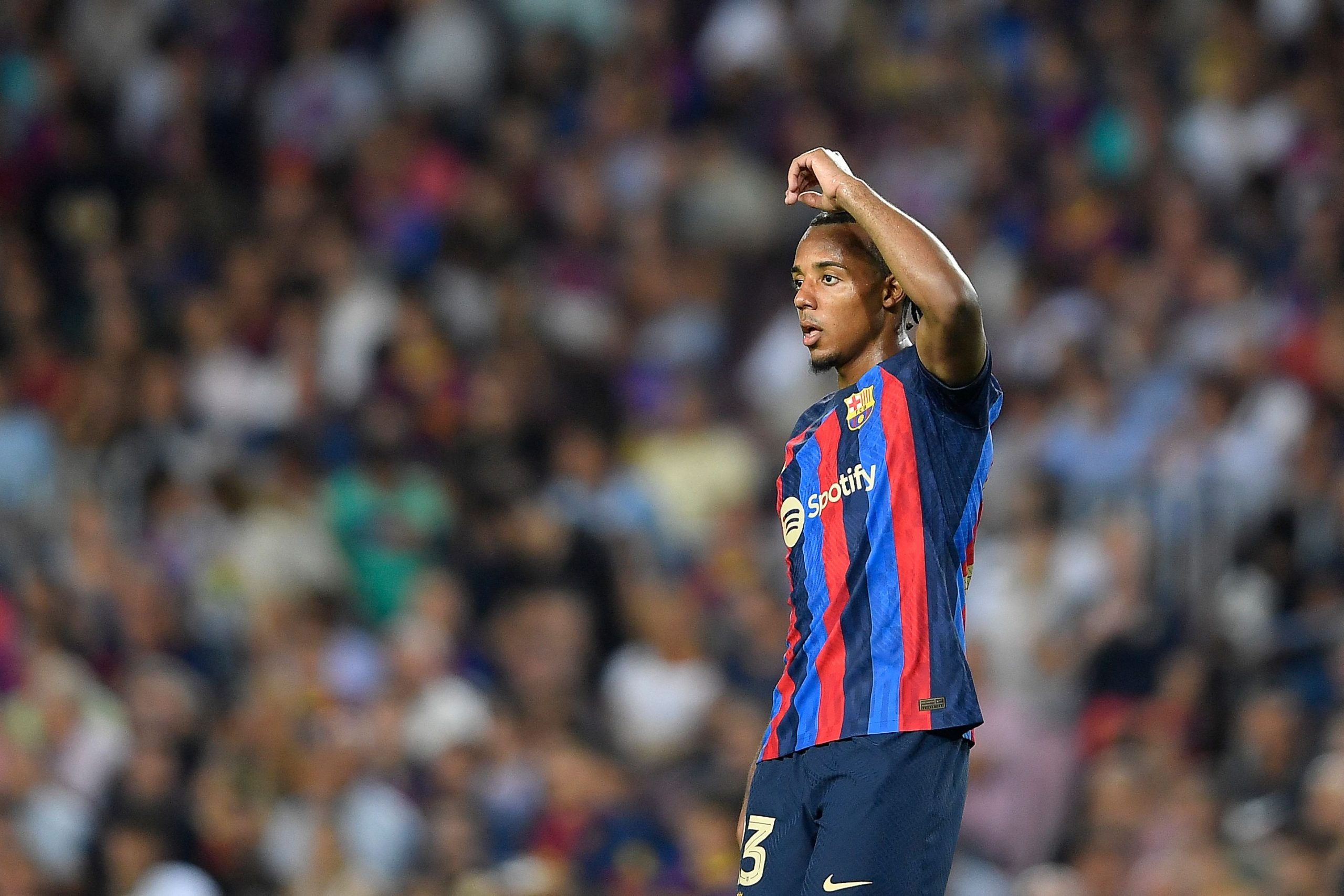 In what could be a major boost for Barcelona, injured defender Jules Kounde has already started training out on the pitch and is targeting to make a comeback against Real Madrid next month, claims Javi Miguel of AS.

Kounde was one of the many Barcelona players who sustained an injury while away on national team duty during the two-week international break recently.

The French centre-back suffered a thigh injury during the game against Austria last Thursday and returned to the club soon after. Following medical examinations, it was claimed that the 23-year-old could be out of action for close to a month.

So, when a video from Thursday’s training session posted by the club saw Kounde being out and about on the grass going, smiling and training with Andreas Christensen, it created a lot of buzz among the fanbase.

Now, Javi Miguel has provided an update on the former Sevilla ace’s situation, stating that he has returned to training on the pitch and is pushing to make a comeback for the hugely-anticipated El Clasico in a little over two weeks.

Barcelona travel to the Santiago Bernabeu to lock horns with arch-rivals Real Madrid on October 16. It will be a clash that could have a major impact on the La Liga title race.

And Kounde resuming light training already, ahead of that encounter, bodes well for Barcelona as they have run out of options in the right-back position.

The 23-year-old joined Barça from Sevilla this past summer and has quickly grown into a vital player for Xavi. Even though he is a centre-back by trade, the Frenchman has seamlessly slotted in at right-back and done a sterling job in the role.