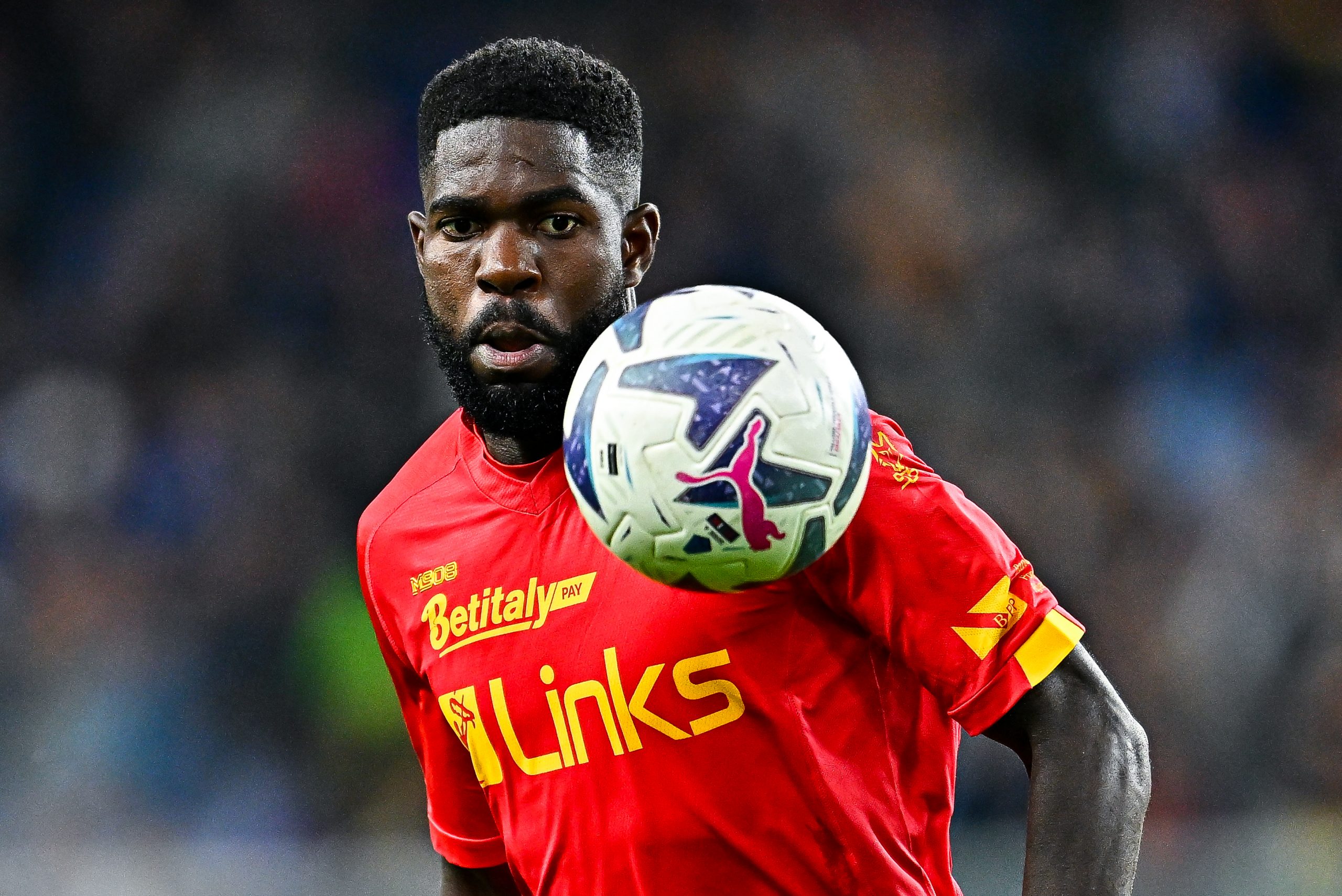 Samuel Umtiti may very well have played his last match for Barcelona. Currently on loan at Serie A club Lecce, the Frenchman is seriously considering terminating his contract with the Catalan giants at the end of the season as he seeks to find stability at a new club.

This claim comes from SPORT who state that the 28-year-old injury-prone defender is starting to rediscover himself as a footballer after a torrid few years at Spotify Camp Nou in the recent past when he hardly played.

Indeed, Umtiti had become completely out of favour at Barcelona in the past couple of seasons and had hardly played. So, when Lecce signed him on loan in the summer, it was a major relief for both the player and the Catalan giants.

Having moved to Italy, the 28-year-old started off slowly but is starting to gain prominence in the team. The report states that Umtiti believes he will be an important part of the Lecce setup in the second half of the campaign after the World Cup.

And he is convinced that a good run in the second half of the campaign could help him attract suitors for the summer after his loan spell comes to an end.

Umtiti’s objective is to find a club where he can settle in and find stability in his career. While he would prefer to move back to his homeland, France, a return to Italy in the summer is not ruled out entirely by the centre-back.

Barcelona, for their part, would be happy to reach an agreement over a mutual termination of contract with Umtiti. Given that his deal runs until 2026, a parting of ways would help the club save some salary mass.

The report further claims that there is a good understanding between the club and the player after his latest renewal in January when he reduced his wages to help register new signings. And the Catalans would be willing to find good conditions for his termination.

So, if things go well, Umtiti will move away from Barcelona on a permanent basis next year.