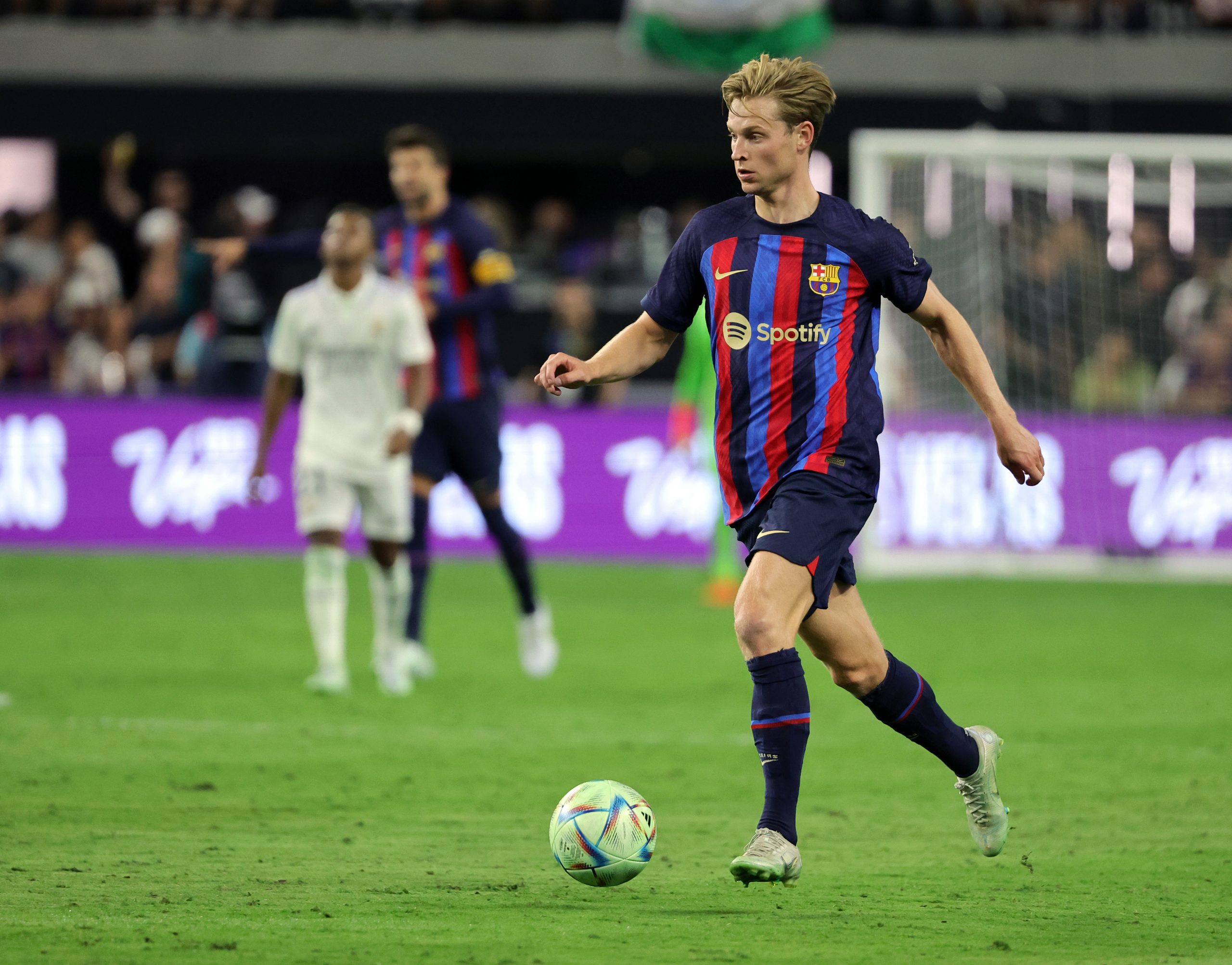 Barcelona have been trying to offload Frenkie de Jong this summer as they are in need of making room on the wage bill and see the sale of the Dutchman as the best cost-cutting measure considering the massive salary he is on.

However, Barça’s efforts to sell de Jong have been met with strong resistance from the player, who has no desire to leave Camp Nou despite the club reaching an agreement with Manchester United for a transfer.

With the midfielder refusing to leave, Barcelona wish for him to take another pay cut to continue at the club as it would reduce the financial burden and allow them to register new players successfully.

But, de Jong is reluctant to accept a salary reduction as well, having already been owed €16 million in deferred wage payments by the club.

With the situation heading nowhere, Mundo Deportivo is now reporting that Barcelona may be forced to take a drastic measure to enforce a pay cut on de Jong.

As per the report, the Catalans could turn to Article 41 of the government’s Worker Statutes, which allows organisations to make “substantial modifications to working conditions when there are proven economic, technical, organizational or production reasons.”

By activating Article 41 of the Workers Statutes, Barça can impose a pay cut not only on de Jong but the rest of the squad. In case such a scenario comes into play, the Dutchman would be left with three options.

The first one would be to accept the measure taken by the club, the second would be to reject it and take legal action in court. And the third choice for de Jong would be to reject the club’s imposition and then terminate his contract while receiving suitable compensation from the club.

While that is certainly a possibility, it is unlikely that matters will reach such a situation. Barça have been talking to de Jong to address the situation and more discussions could be held once the pre-season tour is over and they are back in Catalonia.